Tacna celebrates its 90th anniversary of returning to Peru 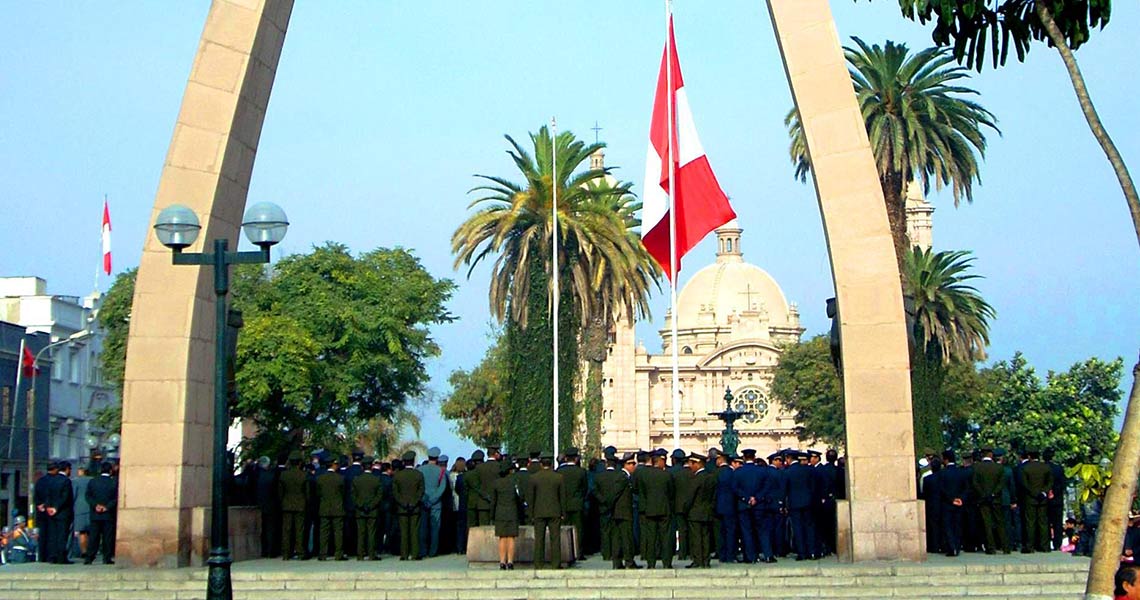 The President of the Republic, Martín Vizcarra, participated on Wednesday in the commemorative events for the 90th anniversary of the return of Tacna to Peru.

“The Head of State was present at the celebrations that began in the Plaza 28 de Julio de Tacna, and later accompanied the traditional procession of the Peruvian Flag through the streets of the Heroic City”, El Comercio informed.

At noon, the President gave a speech where he stressed that the reincorporation of Tacna to Peru is a historical act and also a lesson in patriotism.

The president took advantage of the situation to announce that next month about 80% of the total Tacna – Collpa – La Paz project will be ready, which integrates the southern regions of the country with Bolivia, El Comercio said.

In the commemorative events for the 90th anniversary of the reinstatement of Tacna, the President was accompanied by the Defense ministers, Jorge Moscoso; of Justice, Vicente Zeballos, of Education, Flor Pablo; of Agriculture, Fabiola Muñoz; of Health, Zulema Tomás; of Environment, Lucía Ruiz; of Work, Sylvia Cáceres; Foreign minister Nestor Popolizio, among other local authorities such as the regional governor of Tacna, Juan Tonconi.

Join our Patreon Community to support more content like this, and help us promote all the great things Peru has to offer!
Martín VizcarraTacna
FacebookTwitterWhatsappEmail