The Origins and Meanings of Peruvian Names

Uncover the meaning of common Peruvian names such as Martinez and Ferrera, and why indigenous names have only recently been recognized by Peru’s registrar.

In Shakespeare’s Romeo and Juliet, the heroine bemoans the name of her lover, with the immortal words, ‘Oh, Romeo, Romeo, wherefore art thou Romeo?’ His name, in other words, matters.

As a child we are usually given the first name and inherit the second. In terms of first names, popularity plays a part. The Office for National Statistics in the UK has just published its annual report on the most popular baby names as registered in Britain. The top five boys’ names are Oliver (no change from last year), George, Noah, Arthur, and Harry. For girls, it is Olivia (same as last year), Amelia, Isla, Ava, and Mia. It seems names ending with an a are popular, a revival in the attraction of traditional first names.

Before we look at popular Peruvian names, you may be interested to know that in the UK, Norse goddesses (Freya) and Star Wars are gaining in popularity (Dua and Kylo), whereas the apostles (Simon, Matthew, etc.) are losing their appeal. But names, like fashions, change. Nearly 650 parents recently named their child Meghan, with some 798 settling on the name Boris. More than 700 by the way, chose the name Maria, which leads me nicely on to Peru.

Discovering the most popular baby names isn’t easy, and is open to debate in terms of sources, etc.  One website, RandomNames.com lists the five most popular boys’ names in Peru as: Xavier, Diego, Romeo, Fernando and Julian. For girls, it’s Maria—of course—then Eva, Sara, Andrea, and Alicia.

But does it matter what you are called? It seems it might. Researchers at the Hebrew University in Jerusalem decided to test whether stereotypes and labels have, what they call, a ‘Dorian Gray effect’ on how a child behaves and even looks. “Our given name is our very first social tagging,” states the report, published in the Journal of Personality and Social Psychology (February 2017). Each name, they suggested, ‘has associated characteristics, behaviours, and a look, and as such a meaning within a given society.’ In other words, call a child by a name and they’ll become it. As a university teacher of some forty years’ experience, I’m not sure I’d agree with this, having taught a Scholastica and a Lucky in Nigeria—neither of who lived up to their first names when it came to examination success. Perhaps their mistake was to rely too much on their name?

A first name in Peru is also not as straightforward as it seems. There are many here who have two names, one at home and the other on public records, the identity card and such like. Julio Cusurichi, for example, who won the prestigious Goldman environmental prize for helping create huge reserves for Amazon tribes, is known as Julio in one context, and Pino (meaning hummingbird) in his Shipibo-Konibo home village. For years, Peruvian registrars often refused to recognize indigenous names, favouring Hispanic names or English-sounding names such as Roosevelt or Jhon.

Things are now changing though, thanks to an initiative by Peru’s National Registry of Identification and Civil Status (RENIEC) to retrain registrars and catalogue first names drawn from the country’s 48 indigenous languages. As Danny Santa Maria, assistant manager of academic research at RENIEC said, “Many registrars tended not to register indigenous names, so parents felt the name they had chosen wasn’t valued. We want to promote the use of indigenous names and recognise the proper way to write them on birth certificates and ID documents.” Since 2012, Peru’s Treasure of Names project has compiled dictionaries of names from the country’s 55 indigenous peoples.

Peru’s efforts were motivated by the 2019 global initiative to register names for the UN International Year of Indigenous Languages, which tried to revive 2,680 at-risk indigenous languages around the world, 21 of which are native to Peru.

And what of the family or surname?

The most common type of family name in Peru is patronymic. Martinez (son of Martin), Fernandez (son of Fernando), Garcia, Chávez, Díaz, and Gonzales(z) are examples of common surnames. Other surnames are based upon occupation, for example: Ferrera (the blacksmith) or Molinero (the miller).

Immigration to Peru has also brought with it a rich array of surnames, for example Arizmendi (Basque), Benalcázar (Arabic), Chu (Chinese), and Fujimori, of course, which is Japanese.

Then there are the descriptive or nicknames based upon a personal quality such as Felipe el Bueno (Felipe the Good) or Domingo Calvo (Domingo the Bald-Headed). Finally, toponymic names are based upon a person’s residence, such del Río (of the river) or Flores (where the flowers grow).

Our first and last names, whether popular or not, reflect the backgrounds and cultures in which we live. I began this article with a quotation from Shakespeare—whose name means ‘to brandish a spear’ by the way—so let’s end with another, and a reminder that whatever name we have, it is up to us to make it special.

What’s in a name? That which we call a rose by any other name would smell as sweet.

Photo by Persnickety Prints on Unsplash

How The Face of Queen Wari, Peruvian Pre-Inca Noble, Was Restored 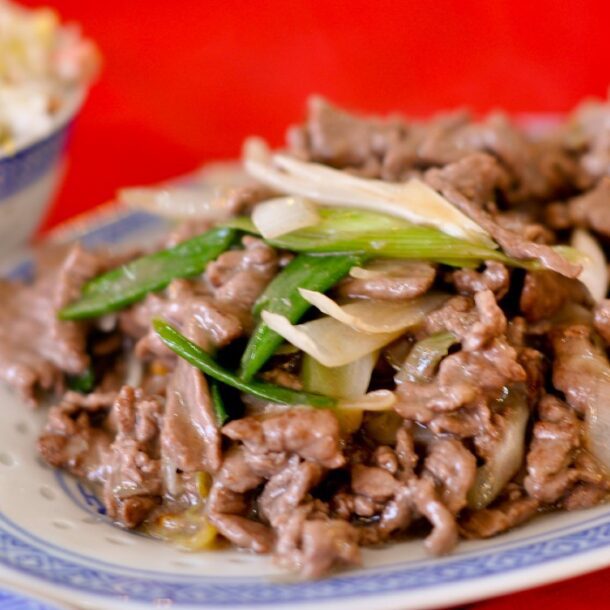 Chifa: The Chinese Peruvian Food You Need to Try (Video)
Next Article