Top Stories
Travel Updates: Coronavirus (COVID-19) Outbreak in Peru
Peruvian Products with Intense Flavors for Curious Foodies
I Went to Machu Picchu During COVID-19 and...
5 Things to Know About Panetón: A Peruvian...
Visiting Ayacucho? What to Know and Do for...
Zig Zag Restaurant in Arequipa: A Fusion of...
The Complete Travel Guide to Visiting Arequipa: What...
Pezcadores: Delicious seafood off the beaten path in...
Peruvian Recipe: How to Make a Warm and...
7 Attractions in the Amazonas Region of Peru...
Home Lifestyle Amazon Beaming: A Mesmerizing True Story of Adventure in the Peruvian Amazon and Andes (book review)
LifestyleThe JungleThe Mountains

Amazon Beaming: A Mesmerizing True Story of Adventure in the Peruvian Amazon and Andes (book review) 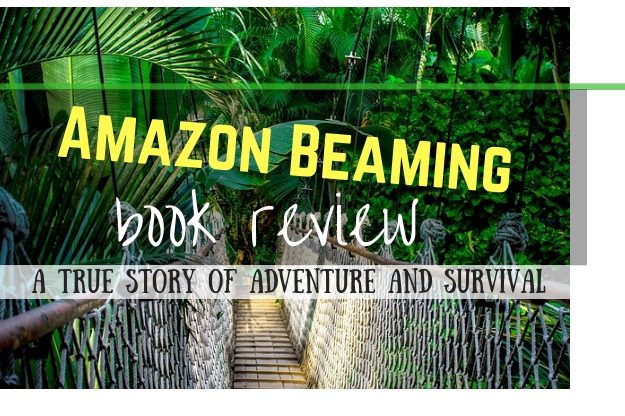 This is an incredible story that explores the landscapes and indigenous people of the Amazon and the Andes. It is a tale of survival and adventure. It’s a tale about encounters that have given shape to how we understand South America and its people. It’s a story about finding the true source of the Amazon river. It’s a mystifying story that explores the very nature of being, and of time, through the eyes of the Mayuruna, the Cat People.

According to the book’s author Petro Popescu, the idea for the book emerged when he had a chance encounter with Laren McIntyre, the book’s protagonist, who told Popescu a story that would change his life. He says,

“[I was] tempted to dismiss this story as the work of somebody angling for a contract with Steven Spielberg.” He then observed that “Loren McIntyre, a veteran National Geographic photographer, and journalist widely respected for his eye, his prose, and his careful observation, is not one to tell tall tales; and truth can be stranger than fiction”

Driven by fascination and curiosity, Petro Popescu spent many weeks of long days with Loren McIntyre in order to understand every possible detail of McIntyre’s unbelievable story. 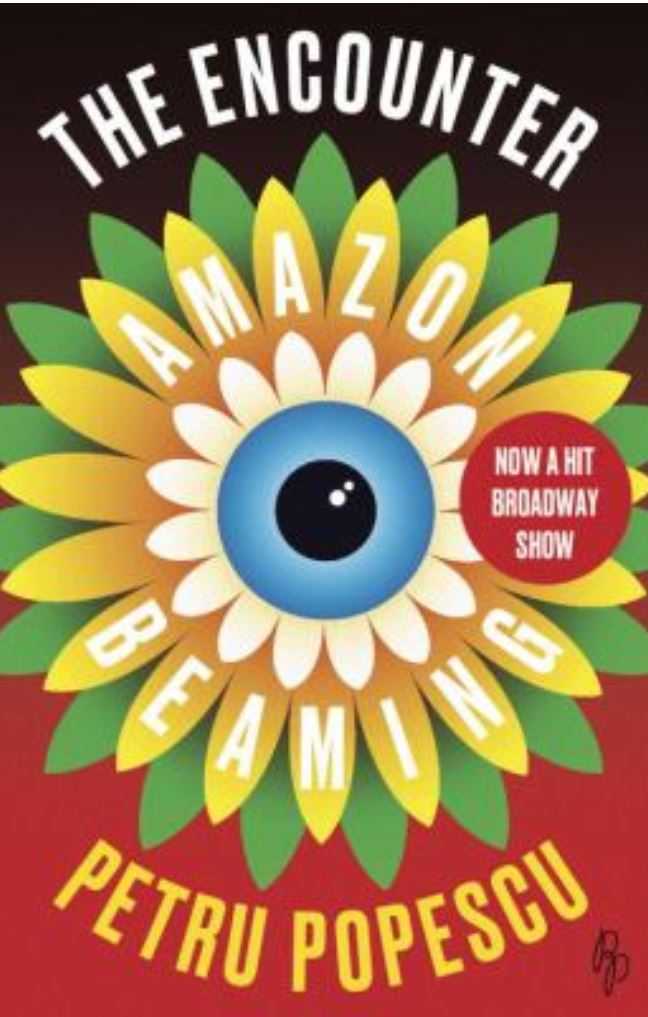 In my opinion, “Amazon Beaming” should stand beside the likes other nonfiction books such as “One River,” and “The Three Halves of Ino Moxo” as linguistically rich must-reads about Peru that blend adventure and exploration, research, experimental narrative. Like these other books, “Amazon Beaming” explores indigenous perspectives, in this book through the eyes of the Mayoruna, which is the indigenous group that McIntyre lived with when he found himself lost in the jungle.

More about the book

The book is structured into two main sections: the jungle, and the Andes. In the first part of the book, Mcintyre finds himself stranded so deep in the Peruvian Amazon, that he knows he will never be found. He befriends a nearby tribe of uncontacted people who eventually initiate him into the status of elder.
What’s interesting about his relationship with the Mayuruna people is that he realizes he’s able to communicate not through language (he knew nothing of the Mayuruna language), but with telepathy. He called this telepathic language a type of beaming, and by learning how to beam, he develops a strong relationship with the village chief.
During his first days in the camp, he gets the strong feeling that the tribe is preparing for something, but he doesn’t understand what. By allowing himself to “beam” with the chief, he starts engaging in deep conversations, and learns that the tribe is going back to what is described as “the beginning.”
In exploring what this beginning actually means, McIntyre starts to understand more about the Mayuruna people than he ever thought possible. He recognizes that they see time much differently that a “civilized” being does:

“The cat-people, however, challenged the notion of time’s passage or rather accepted it only if that passage suited them. They had strong ideas about the direction of that passage and how it could be modified. In a sense, they had cleared man’s most enduring perplexity, the one regarding the nature and material of time, for they were the material of time themselves. They were what moved time forward or back, or what kept it still. Through them, time expressed itself and found its direction; it acquired utility and even a sort of moral character instead of remaining the monotonous, faceless, merciless passage of more evolved cultures.”

Into the Andes to find the source of the Amazon

In the second section, McIntyre organizes an expedition in order to settle once and forever the long-standing debate about the true length of the Amazon river. At the time, it was still up for debate if it was the longest river in the world or not.
National Geographic, knowing his reputation and what he was capable of, supported him with everything he needed in order to carry out the next expedition. But those at National Geographic also made clear to him that they had high expectations for him. Before offering support for the trip, they told him to “go wherever you like, take as long as you want, just come back with the Amazon in your bag. Fifty million readers must feel that they’re making the expedition with you.”

Motifs and themes that kept me turning the pages

“They were what moved time forward or back, or what kept it still. Through them, time expressed itself and found its direction; it acquired utility and even a sort of moral character instead of remaining the monotous, faceless, merciless passage of more evolved cultures.”

“For the Mayouruna time was at once mobile and static, abstract and yet concrete. They saw man as something of a master of time, as if both community and individuals owned their time and carried it around with them like an extra layer of existence. Time moved with man and stopped with him, advanced and retreated with him. Time was not the implacable judge, condemning man to a tracically brief life. Time was a shelter. An escape into the safety and regeneration, a repository whose chief function was not puiling up the past, entact yet dead, but rather keeping the past alive and available. At certain moments the tribespeople called on that past, to assist them with an alternaitve to a menacing present.”

“He wrinkles his forehead, perhaps silently checking his vocabulary, then related the following fable: Once upon a time, the big river flowed in the sky. Its whole valley was carried on clouds, fastened to the clouds with bulky liana ropes. Many people lived in the valley in the sky in perfect harmony. But one day a curious bunch of little girls untied one of the ropes. That was enoiugh to undo the whole: rope upon rope snapped under the pressure, and the valley crashed onto earth. Thus the big river split into thousands of smaller rivers, and the sky, sad over the loss, cried its first rain.'”

What is the beginning, or the source?

“The source is there to be found and witnessed in the utter normalcy of its appearance, unique for just an instant, that of its discovery. Then it will pass into the history of exploration, which is a chronicle of transcience. No matter how fiercely pursued, each discovery’s effect on man is to push him to look someplace else.”

What is an adventure?

“Enjoying a place at its last moment of mystery. But there is more than that. There is that unique emotion when a human, limited and ephemeral as we all are, feels overpowered not with what he has found, but with the world, he left behind, without which his find would be valueless. There is a seed of selfishness in that moment, curiously synchronous with the triumph and confirmation.”

Where to Find Exotic Ice Cream in Lima

Is Visiting the Amazon in Peru Worth It?

Best Coffee Shops in Lima for Digital Nomads (Our...

Getting to Know Beloved Andean Camelids: the Vicuña

These Are the Top 5 Destinations...