Top Stories
Top 8 Cafes to Visit in the Sacred...
What’s it Like to Travel to Millpu
Peruvian Judge Protects Indigenous Amazon Land from Oil...
Inkata: Pisco Pairing 50 Meters Above Ground in...
8 Useful Apps to Download While Traveling in...
24 Hours in Arequipa: What to Do, See...
Where to Eat Chinese Food in Lima
This is the Peru Pavilion for Expo Dubai...
Second City Traveling in Peru: Is it Right...
11 of the Most Beautiful Places in Peru...
Home Puno An Experience Of A Lifetime In Puno Peru
PunoTop DestinationsTraveling in Peru

An Experience Of A Lifetime In Puno Peru

Ever considered spending the night on board a legendary ship on the highest navigable lake in the world? Peru is a place of many wonders.

The highest navigable lake in the world, Lake Titicaca (Puno) has a well-kept secret. Alongside the jetty of the Sonesta Posada del Inca hotel is the Yavari, a gunboat dating from the mid 1800’s, which was ordered by the government of President Ramon Castilla for the export trade. 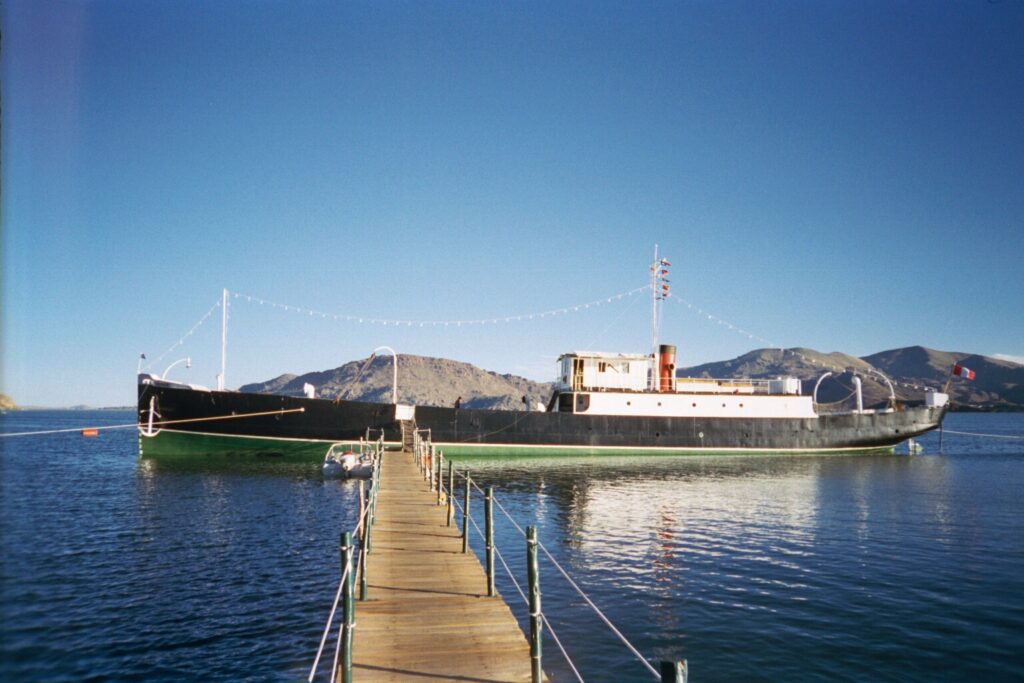 Construction was entrusted to James Watt Foundry in Birmingham, England. In 1982 Englishwoman Meriel Larkin found the vessel abandoned at a pier in Puno and began the task of restoring this marvel.

She was opened to the public in the 1990’s as Peru’s first museum ship; but today she is a pleasant place to spend the night. Dinner is delicious and speaks of a romantic adventure. The night is restful and unique. And when you wake up, enjoy the view from the deck and a hot coffee made from local beans and admire the lake that seems as big as the sea on board a ship at 3800 m.a.s.l., it’s the experience of a lifetime.

In 1862 more than 1000 crates arrived at the port of Arica containing the parts from which the Yavari would be assembled. They were taken by rail to Tacna; from there they were taken by mule across the desert and the Andes Mountains to Puno, and in 1869 construction work began.

Join our Patreon Community to support more content like this, and help us promote all the great things Peru has to offer!
lakesPunopuno perushipstraveling in peru
FacebookTwitterWhatsappEmail

Second City Traveling in Peru: Is it Right for...

11 of the Most Beautiful Places in Peru (Besides...