Bus to Huancayo and Discover the Gems of Central Peru

Have you visited central Peru yet? Take a bus to Huancayo from Lima and explore waterfalls, boat rides and hikes on this picturesque journey.

Recently, I was lucky enough to travel to Peru to spend some time with my girlfriend. Her family invited us to come and stay with them for a few days in Concepción, a town in central Peru. As I had never even heard of the city before I was very interested in checking it out and we agreed to go.  This first step was to take a bus to Huancayo.

We looked for a bus ride on Redbus, an app that helps travelers find a nearby bus company based on the final destination. The closest operator from our starting point was Movilbus. From the station at Javier Prado (Lima), the ticket cost S/70. It was supposed to be a 6-hour trip but due to the weather along the way it ended up taking eight. Luckily it was a night bus and we were able to sleep. I liked the bus because they gave you a blanket and a few snacks. Truly recommended.

We took a bus to Huancayo and, after we arrived, took a taxi to Concepción (about thirty minutes away). It was late December and a steady 10℃ (50℉). The weather followed the same routine everyday, beginning with sunny mornings. We made sure to take advantage of the early hours by checking out the local markets on our way to the center of Concepción. You can find several blocks of restaurants, stands and shops with people selling whatever you may need from gifts, to toiletries and even fresh fruit smoothies. There are also a lot of cows in Concepción and many places sell delicious ice cream. You can find exotic Peruvian fruit flavors like passion fruit, mango and lucuma, as well as coffee.

One day we hiked to see the virgin Mary (Virgin Inmaculada de Concepción). It was a mellow hike and there were stairs to make it easy to climb. For half a Sol (cincuenta céntimos) to go to the top of the virgin and see a beautiful view of Huancayo.

In the afternoon it would begin to rain so it was a good time to go inside and have lunch. Most of the dishes were Peruvian soups: sopa verde (the green comes from a lot of herbs blended and served with potatoes and peas) and mondongo (corn and meat) were some of the best. One day to hide from the rain we went to a church called Santa Rosa De Ocopa. We took a tour and were able to see a very old library and tons of art and architecture from centuries ago. In the evenings, when the skies would clear up, the view of the stars was excellent.

Twenty minutes from Concepción is the town of Ingenio. To get there you can take a combi (van) for 1 sol. Ingenio is located along a river and they have many fish farms. Along the entire stretch of town there are restaurants trying to serve you fresh fish claiming they have the best deals. Since there are so many choices we simply walked until we found the restaurant that caught our eye and stood out the most. We had fried fish, ceviche and even guinea pig. I washed it down with my favorite drink of Peru, a Cuzqueña. While we were there the weather was warm and sunny.

After lunch we took a taxi to a city called Jauja from where visitors can take a boat ride on Lake Paca. The taxi cost S/ 15 soles but there are also public buses that charge S/1.50. It rained lightly on the way but I enjoyed the sound of thunder that accompanied our ride. By the time we arrived the weather had cleared. The entrance to the lake was romantic, especially so because it had a large heart shaped arch. On the boat ride the guides tell a few interesting stories about how the lake got its name and what it represents to the people of the city. I don’t want to ruin the story but I will say that every lake in Peru I have visited has had a story that involves a mermaid.

We stayed everynight in Concepción and we were lucky enough to be able to do so many things and check out so many places that are nearby. One day we decided to go back to Huancayo to grab lunch and stumbled upon some tourist information offering shuttles to Huancaya. We booked a trip (S/70) for the next morning at 6am. Van trips may not be the most luxurious, but it allows travelers to see so many small towns and landscapes throughout the ride. We even made a few stops along the way.

Plan your adventure to Peru with us

We stopped first for breakfast at a little restaurant that, despite not having a printed menu, was great. After we ate, we got back in the van and drove a long way up through a mountain pass.  On the way down we followed a giant river. We drove through big tunnels made out of rocks in the hillsides and we were able to get out and take pictures. We also briefly stopped at a point in the river that made the water look a very vibrant green color.

Once we got to Huancaya we parked almost on a cliff and there was a group of donkeys. We walked down a narrow pathway and saw an awesome overlook of the river. The weather was probably 15℃ (59℉). We walked all the way down to the water and we took a ride in a row boat. The driver also told us a mermaid story. The boat ride was calm and we didn’t know what else to expect until the boat turned around a bend and we were faced with a breathtaking waterfall, Carhuayno. This alone made the van ride so worth it.

We had such an exciting and eventful week in the mountains. Being so far away from the bigger, more populated and touristy areas is a true privilege. I would recommend travelers to take a bus to Huancayo and to check out central Peru. 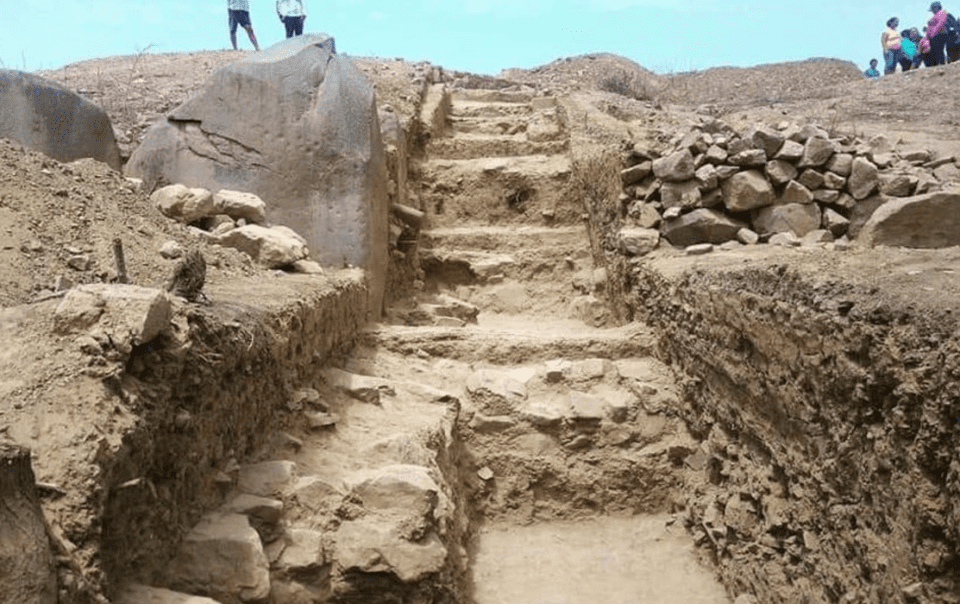 This Archaeology Discovery in Peru is Over 3,000 Years Old

Venezuela, A Priority on the Agenda of Colombia and Peru 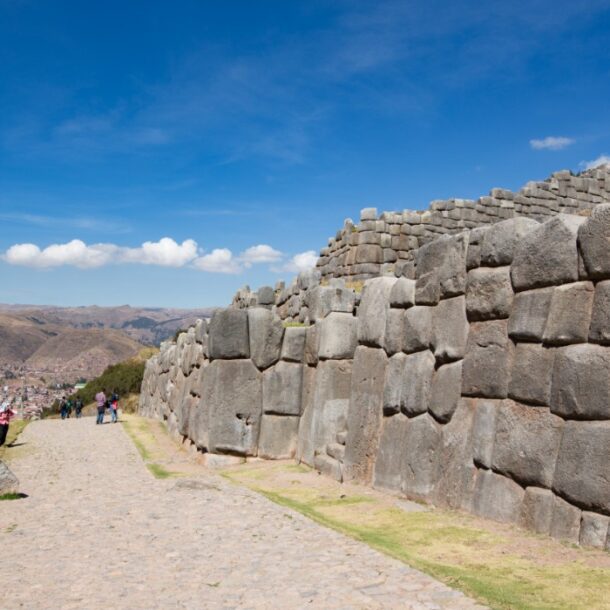 How to Get to the Sacred Valley
Previous Article