Chiclayo Airport Will Be Rehabilitated For $43 Million US Dollars 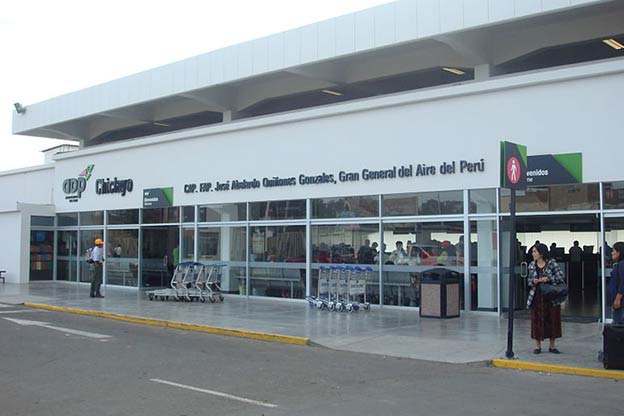 The Spanish company Sacyr will be responsible for the rehabilitation of the Capitán FAP José A. Quiñones International Airport, located in Chiclayo with an investment of $43 million US dollars.

According to Sacyr, the improvements will include the change of the pavements of the runway system and the construction of the perimeter fence of the airport.

Carlos Martínez-Almeida, a representative of Sacyr in Peru, said that they are very pleased to have been granted this project and that it “reaffirms our commitment to the development of airport infrastructure in Peru and the Lambayeque region”, he told El Comercio.

The works at the airport will begin in January 2019 and will last approximately 18 months.
Since 2011, Sacyr operates in the Peruvian market through four business lines: engineering and infrastructure; concessions; industrial; and services.
“The company has been developing 15 contracts, including the construction of the Callao Headquarters – San Marcos Stadium and Villa María del Triunfo Headquarters of the 2019 Pan American Games, the expansion of the Repsol La Pampilla Refinery, and the concession of Section II of The Longitudinal of the Sierra”, El Comercio explained.

Airlines Are Interested In Entering Peru With Airport Expansion

Bolivia Inaugurates Tourist Airport On The Border With Peru

Join our Patreon Community to support more content like this, and help us promote all the great things Peru has to offer!
airportChiclayoChiclayo airportinvestmenttourismtravel
FacebookTwitterWhatsappEmail