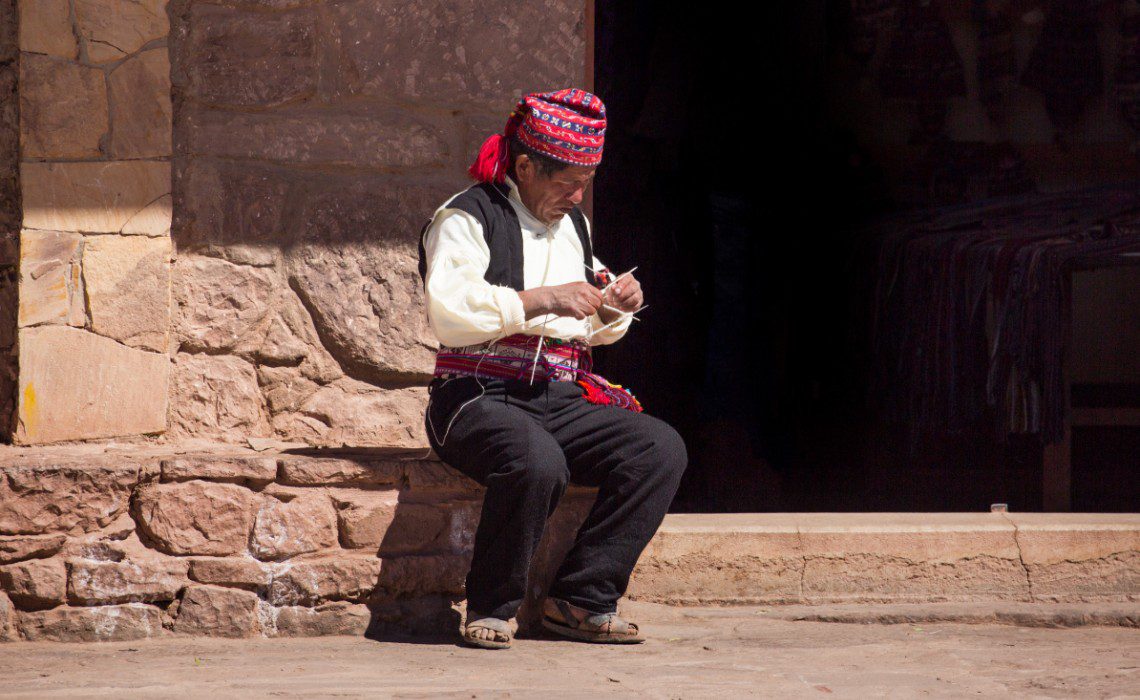 Rich in natural beauty, Lake Titicaca is inhabited by people with plenty of history and ancestral traditions.

Learn about the islands of Lake Titicaca and the communities who proudly maintain their customs and have developed a lifestyle that co-exists in harmony with their surroundings.

The Lake Titicaca area hosts a myriad of plant and animal life. There are birds such as the yellow billed pintail (anas geórgica), the Andean Duck (anas puna), the Titicaca Grebe (rollandia microptera), the Puna Plover (charadrius alticola), the Peregrine Falcon (falco peregronus) and the Barn Owl (tyto alba).

Fish include the catfish (trichomycterus rivulatus), the fish genus orestias and trout (oncorynchus mykiis), as well as the giant toad of Lake Titicaca (telmatobius culeus), an endemic species. Among the animals that inhabit the areas adjacent to the lake and rivers are vicuña, alpaca, llama and fox.

In terms of flora, there are twelve types of aquatic plants, among those are the Southern Bulrush (scirpus californicus), waterweed (elodea potamogeton), lemnas (lemna sp.) and musk grass (chara sp.).

To speak of the inhabitants of Lake Titicaca is to venture into the origins of ancestral towns that for centuries have lived in harmony with this natural wonder.

1. The Uros and their floating islands

The floating islands in Lake Tititcaca are inhabited by the Uros, an ethnic group that was distributed over the Collao Plateau, up until some decades ago. Today, their descendants have conserved and adapted the traditions and survival mechanisms of their ancient forebearers. With adept understanding of the properties of the Southern Bulrush, or totora, they have developed a life on floating islands made of this material.

To ensure the survival of the community, the Uros carry out various projects related to sustainable tourism that allow visitors to get to know their customs and to spend a few days in an island lodge. These lodges offer basic comforts and one can spend the day fishing for trout, silverside fish and the local carachi, among other activities.

Known as the “Cantuta island” for its abundance of Cantuta flowers, Amantani is home to pre-Inca platforms as well as archaeological remains left by the Pukara, Lupaka and Inca people. It has a population of over four thousand inhabitants and is located on the Capachica Peninsula, around 40 kilometers away from Puno (three hours by boat).

With outstanding natural diversity, this is the land of the Cantuta (Cantua buxifolia) and of natural springs, which make it possible for inhabitants to work in agriculture, and the production of potato, oca and beans. They also work in textiles and fishing. Additionally, in recent years, locals have begun to carve objects of daily use as well as make granite tiles that are extracted from Llacastiti.

Eight communities live on Amantani. They are the Pueblo, Santa Rosa, Lampayuni, Sancayuni, Occosuyo, Incatiana, Villa Orenojón and Colqui Chaqui. For overnight visits, the communities of Incatiana and Lampayuni are good options. Here the islanders transform their homes into accommodations with basic services, allowing tourists to stay and take part in daily activities as well as enjoy typical gastronomy and boat trips on the lake.

This community of Quechua people can be reached by climbing five hundred steps from the port to the town. Taquile, just like Amantaní, is a place where the culture of its people is what most attracts visitors.

Experiential tourism has allowed the visitor to get to know part of the Andean Cosmos vision of its people. In Taquile, a visit to the mountains, or apus, Mulsina Pata, Takilli Pata and Coani Pata, is essential, as is seeing the local archaeological remains and the Museum of Folklore.

Nowadays, the community of Taquile has its own tourism company called Munay Taquile, whose profits are invested in the community and allow visitors to get a deep understanding of the population who live there. Through cultural exchange and shared learning, the people of Taquile guide visitors through their lands, telling them their story and allowing them to take part of their daily life.

This pieces was originally published in Ultimate Journeys.

Join our Patreon Community to support more content like this, and help us promote all the great things Peru has to offer!
amantaniculture in Perulake titicacaPunopuno perutaquiletraveling in peruuros
FacebookTwitterWhatsappEmail