The first image we have when we talk about the Qhapaq Ñan is of a cobblestone, imposing road that extends at the foot of the mountains in the middle of the South American Andes.

However, part of its extension spanned less wild terrains such as coastal deserts and valleys.

Turned into a modern city that continues to grow, Lima was once part of this system. The roads crossed the great avenues of what used to be the route to Pachacamac, the most important pre-Hispanic sanctuary on the central coast. All these roads have disappeared amidst cement and asphalt, but we can still perceive history and connect with the past at the archaeological sites.

The wonderful Inca constructions are distributed across Peru, from Aypate in Piura to Racchi in Puno, and Lima is no exception. Although Pachacamac is one of its maximum examples, the Huaycan de Cieneguilla administrative center is located in the middle valley of the Lurin River. It is connected to the Qhapaq Ñan through the Xauxa-Pachacamac transversal road.

Huaycan de Cieneguilla is part of the 27 archaeological sites found in the Cieneguilla district in Lima, at the foot of a ravine at 449 m.a.s.l. “This place has special relevance because it has characteristics of the Ychsma culture and has been enhanced by the Inca architecture. This makes it more important in relation to the route of the Qhapaq Ñan,” said Fernando Mackie, Director of the Huaycan de Cieneguilla Comprehensive Project.
Before the arrival of the Incas, the area was occupied by the Ychsma Lordship, which spanned the valleys of the Lima and Lurin rivers. It was one of the largest and more complex buildings in the area. Archaeologists think it was a ceremonial center with rural characteristics between the Pachacamacac and Hatun-Xauxa (Junin) provincial capital cities.
When the Ychsma people were annexed to the Tahuantinsuyo, the Incas commenced the reforms using the existing buildings in the area. Then, the Huaycan de Cieneguilla site became a control point of the wayfarers who traveled from the highlands to the coast or vice versa.

The 16 hectares of Huaycan de Cieneguilla’s built up area are divided into three zones that cannot be visibly noted. To discern their actual scope, one must climb to the lookout where the tours start: the nuclear area, the most important one, is divided into twelve architectural complexes connected by six streets as a small city. It is easy to imagine the people gathered in the main yard just in the center of the complex, with a ramp that enables important figures to access the platform, a characteristic of the Ychsma buildings.

Walking through the narrow corridors of the place, one can note the symbiosis between the Inca and Ychsma architecture. Leaving its adobe walls behind, one reaches the space known as the ‘window complex’, with trapezoid spans and stone lintels on the doors that are clearly Incan construction elements. From that point, it is possible to see the whole valley, reasserting the connection with nature and the function of control center this archaeological site used to have.
The decorated friezes are a typical Ychsma detail and are associated with ceremonial or funeral spaces. Circular bas-relief designs may be noted in some areas which, according to the research, could be interpreted as a lunar calendar or are related to astronomic observations. But without a doubt, the most important finding is the tomb of a member of the Inca elite: the quipukamayok. A wooden kero (a ceremonial drinking vessel), a symbol of power; a spondylus shell, one of the most valued materials during the empire; and a group of bound quipus (recording device), which show the status of this person, were found together with the skeletal remains.

CIENEGUILLA AND ITS COMMUNITY IN ACTION

The Huaycan de Cieneguilla Comprehensive Project started its activities in 2007, to enhance the value of the Inca settlement. The research work is supplemented with a socio-cultural work aimed to integrate the neighboring areas into the planning and conservation programs so that they have a positive vision of their heritage and learn to appreciate it.
Nevertheless, the population did not turn their back on their legacy before the arrival of the specialists. Since the 1960s, the residents committed to look after the archaeological site and protect it from latent dangers in the area such as land invasions. “Our vision is to work hand in hand with the community so that they can take over the entire project and improve their quality of life”, highlighted Mackie.
Their eagerness for creating a new experience for the tourists who arrive at Huaycan de Cieneguilla generated groups of cultural advisors formed by the residents, who are trained to tell the story of the place from a local perspective. These teams also lead the night tours, supplementing history and archaeology with traditional legends and tales; and the interpretive visits in Quechua with characters dressed as the ancient Inca residents.
Last year, Huaycan de Cieneguilla received about 8,500 visitors and expects to exceed this figure in 2017, thanks to the further advertising on the Qhapaq Ñan. The ties with local entrepreneurs
and businesses from the area help establish the archaeological zone within the touristic circuit of the district, renowned for its gastronomic corridor and ecological value.

XAUXA-PACHACAMAC, THE ROUTE OF THE GODS

Between the departments of Junin and Lima lies one of the most amazing stretches of the Qhapaq Ñan. The Xauxa- Pachacamac stretch connects the Longitudinal Highland Highway with the Longitudinal Coastal Highway, passing from the arid and hot desert to the cold puna region along its 223-km route.
This section of the road was vitally important for the Incas, as its relevance was not only logistical but also religious. The road connected two important places of the Chinchaysuyo: the Hatun-Xauxa administrative center in the central highlands and Pachacamac, the most important administrative and ceremonial complex on the central coast.
The road was considered a pilgrimage route to Apu Pariacaca, a snow-capped peak in the Yauyos region considered one of the most important deities of the Tahuantinsuyo. The wayfarers who traveled from the highlands to the coast descended from 4,800 to 50 m.a.s.l., surrounded by beautiful natural landscapes and fabulous architectural constructions such as tambos and stairways that have up to 1,800 perfectly aligned stone steps.

In 2014, this stretch was included on the UNESCO World Heritage List, due to its importance within the organization and distribution of the Inca road system.

MATEO SALADO, A JEWEL IN THE CITY

The Mateo Salado archaeological complex is located at the heart of Lima, between Breña and Pueblo Libre districts. Its constructions made of ‘tapia’ (rammed earth), emerge among the high-rise buildings, creating a unique landscape where history coexists with modernity. Mateo Salado was an administrative-ceremonial center that belonged to the Ychsma Lordship which, the same as Huaycan de Cieneguilla, was reoccupied when the Incas annexed it to the empire. The complex has five walled pyramids. The Longitudinal Coastal Highway of the Qhapaq Ñan came from the north, just beside pyramid A, which was used as the main temple of the complex.

The 18-m high pyramids were also used as houses for the Ychsma and Inca elites. With the arrival of the Spaniards to Lima, the place was plundered, began to deteriorate and its area was reduced with the emergence of farmlands, companies, and squatters. This process of neglect ended in 2000 when researchers started to recover Mateo Salado and it was listed as a National Cultural Heritage Site in the following year. In 2007, the Ministry of Culture started to work on its enhancement, and the National Office of the Qhapaq Ñan implemented a new comprehensive project focused on the area in 2016.
This project is concerned with working on the Huaca, recovering it and bringing it closer to the neighbors as a space to be publicly used. Mateo Salado, together with the Larco Museum located a few blocks away in Pueblo Libre district, is one of the most important tourist attractions of the city of Lima. 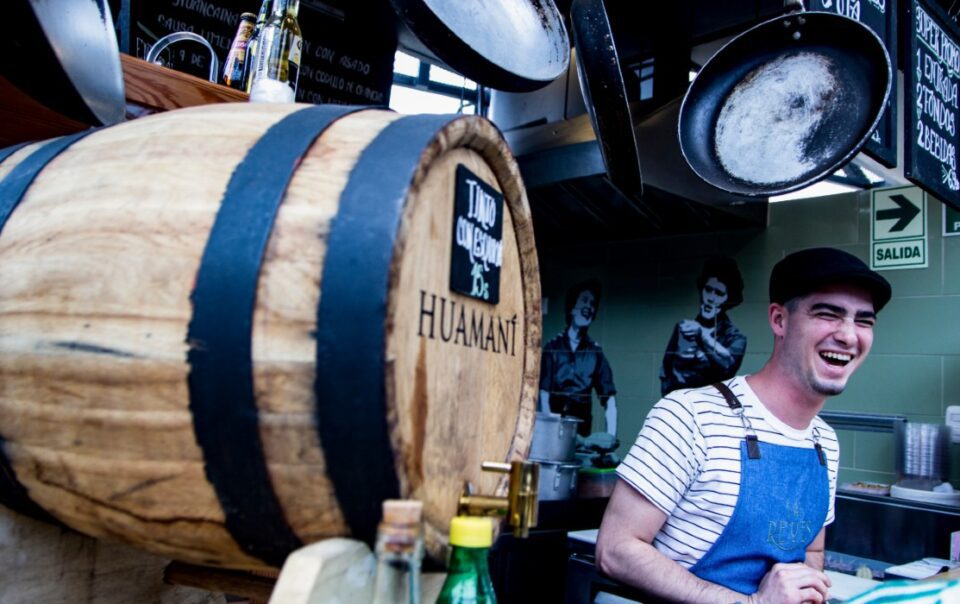 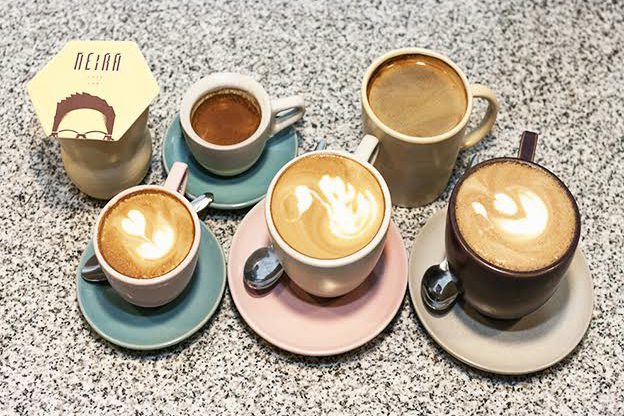 September 20, 2017
Peru Improves in Food Security
Previous Article
Request for the Extradition of Ex-President Toledo Arrives at the Supreme Court of Peru
Next Article