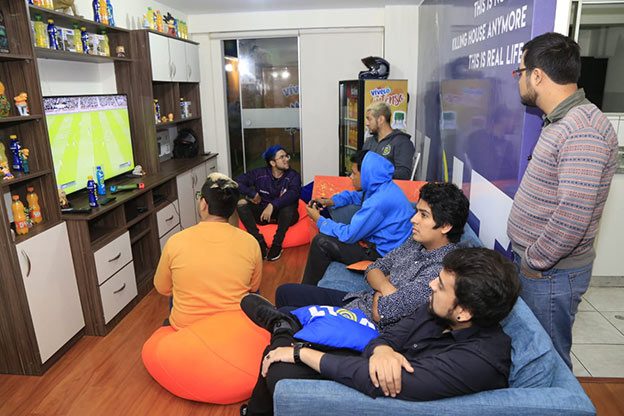 Cifrut Gaming House hopes to become the dream of Peruvian gamers, according to the Cifrut beverage brand in a press release.

This gaming house consists of an apartment that has been designed and implemented by this company where gamers Ndree (Andre Sanillán), Iwo (Iwo Bejar Kalinowski), Patrick (Andrés Condori) and Mstco (Ricardo Roman Sandoval) will coexist.

“In an apartment in Miraflores, where video games are played all day, the two pro players and the two casters will share their stay through the Cifrut Fanpage”, they informed. “Every two weeks, fans can enjoy a chapter in which the four friends, experts in Dota 2, will explore all video games and will face the best players in the country”, they continued.

Fans will be able to see their routines through live broadcasts on Mundo Cifrut Facebook and Instagram accounts, as well as on their personal social media profiles.

“During the year, Meet & Greets will be held with influencers and the public of Cifrut’s social networks”, they said.

Join our Patreon Community to support more content like this, and help us promote all the great things Peru has to offer!
cifrutgamerGaming
FacebookTwitterWhatsappEmail

Infamous Gaming arrives in Peru and...