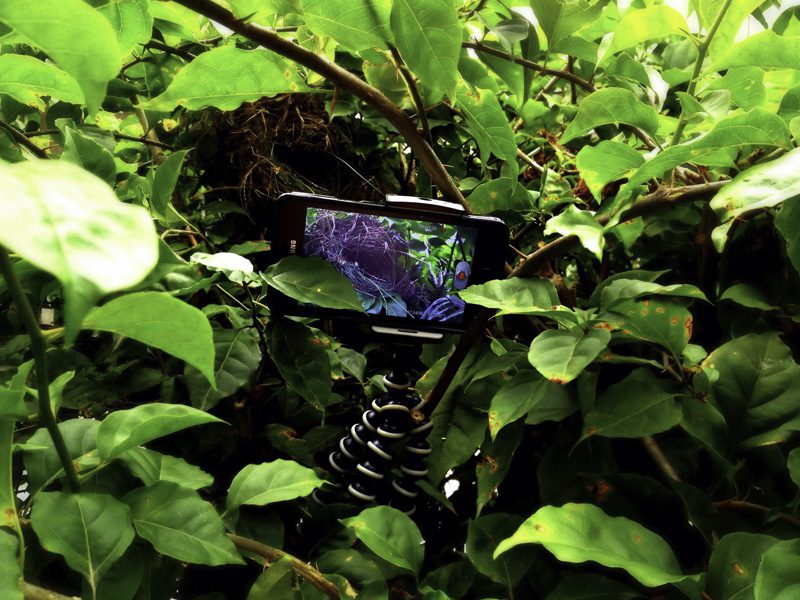 Armed with smartphone cameras, teams of indigenous Matsés people have partnered with North American herpetologists to inventory the reptiles and amphibians of their territory along the remote divide between Peru and Brazil.

Chief Antonio Manquid Jiménez, an elder and shaman of the Matsés tribe of northeastern Peru, hasn’t always used a smartphone to document what he finds during his hunting and gathering forays.

When Jiménez was young, the Matsés still lived in voluntary isolation from modern civilization. It’s 2018, though, and the phone has become a critical tool for recording and sharing information, even in this isolated forest of the Yavarí River basin.

Jiménez, César Nacua Uaqui Canshë, and other Matsés elders are partnering with younger members of their tribe and several North American herpetologists to survey the amphibians and reptiles of their traditional homelands, which straddle the border between Peru and Brazil.

The Matsés Comprehensive Herpetological Inventory aims to document the identity and location of the region’s reptiles and amphibians, especially the presence of lesser-known species, by piloting the use of smartphone cameras by the people who live in this forest.

Each field team pairs the knowledge the participating elder has gained from his decades of living in the rainforest with the enthusiasm and greater technological savvy of the boys and girls of his village. Although the Matsés elders don’t have an interest in using the phone cameras themselves, said David Fleck, field coordinator for the non-profit Acaté Amazon Conservation, “the younger Matsés team members are quite adept at using them and work in the project as principal photographers and to record the elders’ knowledge.”

Many young Matsés already own cheap cellphones, Fleck told Mongabay, even though they lack coverage in their villages and across most of their territory. They use the phones to share and listen to music, watch short videos, and take and store photos.

The elders and youths capture, photograph and release the animals, and they share the images with the North American scientists.

José Padial, a herpetologist and research associate at the New York-based American Museum of Natural History, told Mongabay he had received many interesting pictures from the Matsés and had begun to work on identifying them. “Some of them were readily identifiable,” he said, “others are part of species complexes … we know they are new species, yet we need to do quite a lot of work to know what is what.”

The most striking, he said, was a new species of Hypsiboas, “a beautiful treefrog that belongs to … a small group of frogs with bright light green transparent skins — you can see some of their organs through the skin — that live through the lowland Amazonian forests. The Matsés found individuals of a species that was not known to me or my colleagues.”

The Matsés have also found a new species of salamander in the genus Bolitoglossa, several records of species in new areas, and the species of toad that bears their name: Amazophrynella matses.

The Matsés territory is vast, extending more than 12,000 square kilometers (4,600 square miles) — an area twice the size of Everglades National Park — and comprises a mix of ecosystems, including upland and floodplain forests, swamps, and the largest expanse of white-sand forest in the Amazon. This unique forest type supports numerous species that specialize on white-sand forests or other nutrient-poor forest types in the Amazon.

The different vegetation and soil types imply a diversity of animal species, so to ensure they sample a representative range of localities, the project leaders want to expand the inventory to additional villages.

The strategy for this long-term inventory of the region’s herpetofauna is to complement what is known about it from rapid ecological assessments by academic scientists.  Rapid assessments gather data on a particular site’s ecologically significant biological components where time and resources are limited. They cover small areas of one to  several hectares (~2.5 to 10 acres) intensively and can last as little as one week.

“A rapid inventory … will yield a higher diversity of species because it is performed by professional herpetologists who know a lot about amphibians and reptiles,” Padial told Mongabay. “They know where to find each kind of species, say in floating vegetation, canopy, leaf litter, night or day. They also often use traps.”

However, Padial said, these inventories last for only a few days, and they only hint at an area’s biological diversity rather than provide a complete inventory. “You miss many species that are encountered in rare occasions, often by pure chance,” he said. “You need years, often many years, until you stop finding new things.”

Most herpetological inventories take place during the rainy season when the scientists find more species, Padial said, but they may miss the ones that are active primarily during the dry season.

“We are not expecting the Matsés to be professional taxonomists and find all the species,” Padial said. “But since they live there and are always around, they can find all the most common species as well as lots of interesting things that happen to be active during short periods of times.”

Cameras from recycled smartphones help the teams document the presence of these hard-to-find species. These cameras are robust, small enough to carry while climbing a tree or crossing a stream, and easier to use than complex macrophotography setups. They store thousands of images, and the Matsés can recharge them with low-cost, commercial solar panel chargers that cost around $40 to $50. Given the dense forest canopy covering most of their territory, the Matsés charge the phones while on long canoe rides on the river or at their communities.

In the pilot species inventory in 2016, using an iPhone 5 in the village of Nuevo San Juan on the upper Galvez River, the Matsés identified what are likely to be several new species of tree frogs and salamanders. The team added an iPhone 7 for their second pilot study at the village of Estirón in the south of the Matsés territory.

The field teams take least 10 photos of each animal. They first photograph slow-moving animals like toads, salamanders, boa constrictors, and tortoises in their natural setting before capturing them.

“Once caught,” Fleck said, “the animals are photographed in hand from various angles to obtain images of morphological features that are essential for species identification.”

Despite the low light of the rainforest, the young photographers have produced images adequate for scientific purposes. The teams take animals of particular interest back to the village to take better photographs in a setting with proper lighting and return them to where they were caught and release them.

“Their pictures are good, and you can get a lot of information out of them,” Padial said. “They know they have to take pictures of the details, and in ventral and dorsal view.”

Information for science and culture

Fleck said he wanted the project to “demonstrate the value for scientists to partner with locals, not just as field assistants, but as leaders in documenting the biodiversity of their territory.”

In addition to expanding scientific understanding of the species in a diverse yet poorly studied region, Padial said, the project aims to help the Matsés become more aware of the range of living things in their territory.

The Matsés made contact with non-tribal Peruvians and Brazilians in 1969. Older Matsés therefore retain their traditional knowledge, Fleck said, whereas the younger Matsés are rapidly adopting Peruvian national culture and global trends.

Jiménez, who worked with Fleck on a mammal biodiversity inventory, as well as ethnobiological studies, “possesses encyclopedic knowledge of the natural history of the local flora and fauna,” Acaté co-founder Christopher Herndon told Mongabay. Acaté works with the Matsés to develop long-term, sustainable economic opportunities for the tribe that also conserve the forest and retain their knowledge and culture. For example, Acaté and the Matsés have created an encyclopedia of their traditional medicine.

Jiménez and the other Matsés elders remain proud of their identity as Matsés and wish to pass on their knowledge of the rainforest, Fleck added, but it’s hard to find a young person willing to listen. Younger Matsés have begun looking to the outside world for status and economic success, despite the discrimination they face.

“Ordinary people in every culture mostly recognize only those species they use, interact with and are part of their mythology and don’t pay much attention to other living things that are common in their environment,” Padial said. “Thus, they tend to underestimate biodiversity, and never get a good understanding of how complex and rich life is.”

By identifying the myriad species that call the Matsés territory home, the herpetological inventory aims to help expand traditional knowledge and demonstrate to the young people the importance of understanding their natural environment.

For example, Padial said, the new generations often hear about biodiversity and inventories but without actually understanding what they mean and why they are so important. “Performing the inventory themselves, in collaboration with scientists, helps them really learn about the diversity of species that live in their territory … and have a better understanding of their environment.”

Species diversity has frequently determined conservation priorities, Fleck said. Improving scientific understanding of the diversity of their territory, he added, “might translate into better external financial support for on-the-ground conservation projects [and] job opportunities for the Matsés that provide alternatives to the limited opportunities currently available in … timber or commercial bushmeat hunting.”

The Matsés upload the images from the phones to a shared drive in the cloud where the project herpetologists can review, discuss, and identify them with other taxonomic experts.

“What I’m doing right now,” Padial said, “is sharing pictures with colleagues and starting a conversation, asking ’Hey, look at this Allobates or Bolitoglossa, or Hypsiboas. What do you think?’ The conversation then goes about whether the individual in question is of a known species [and] what does it tell us about its distribution.”

Fleck estimated that the project’s photo database currently contains about 2,000 images stored on a shared Google Drive folder. The team plans to highlight images of each documented species on the project webpage and to contribute images to online databases (e.g., IUCN) for new species and range extensions.

In return, Fleck said, the project is training young Matsés in skills that may be useful to them in the future, including photography, biology, taxonomy, data collection and book-writing.

The inventory project currently runs on a shoestring budget, Herndon said, though the Acaté collaborators expect the project to result in scientific publications of new species, extensions of ranges of existing taxa supported by GPS data, a field guide, and a bilingual children’s book in the Matsés language for their school.

Taking the long view, the Matsés elders and Acaté collaborators aim to validate the role of local inhabitants and traditional ecological knowledge in research by piloting a low-cost, replicable practice for on-the-ground biodiversity surveying.

Join our Patreon Community to support more content like this, and help us promote all the great things Peru has to offer!
Matsésphotographywildlife
FacebookTwitterWhatsappEmail

A Rare Species: Have You Heard...