Top Stories
Visit the Lush Hillsides of Lamas (Plus Waterfalls,...
Touring the Cacao Trail in San Martin, Peru
Quarantined in Cusco: A Journalist’s Perspective
The Lake at Boca Manu: Safeguarding a Nature...
Travel Updates: Coronavirus (COVID-19) Outbreak in Peru
How to Support Local Restaurants in Lima During...
Andahuaylas: Must-See Hidden Gems in the Andean Plains...
The Cultural Art of Social Distancing
A Russian Tourist in Peru During the Coronavirus...
Discover Ancient Peru with Museo Larco (Virtually) 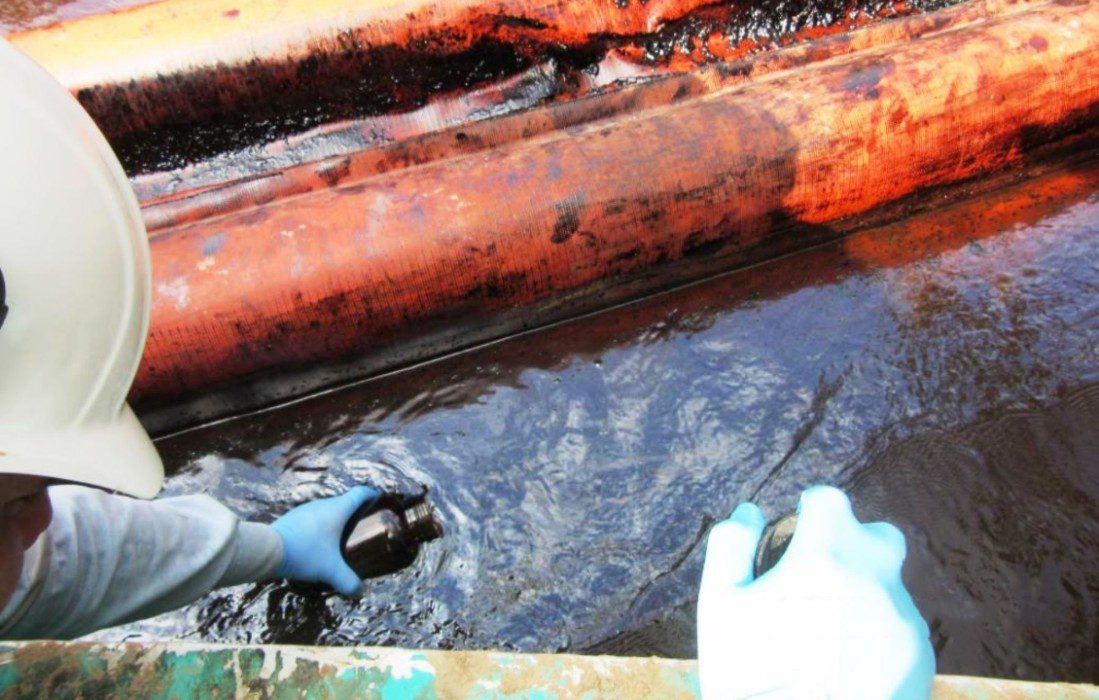 In July of this year, the Agency for Environmental Assessment and Enforcement (OEFA) concluded that PetroPeru did not carry out the necessary maintenance of the North Peruvian Pipeline, causing a spill of 2000 barrels of oil. The company was also fined for the damages inflicted on local inhabitants and habitat, and for neglecting to take immediate action to control and minimize the oil spill, reports Mongabay Latam via LaMula.pe.

The disaster occurred in the Inayo creek, affecting those in Chiriaco, the capital of the district of Imaza in the Amazonas region. The spill began on Janyary 25, 2016. Another oil spill occurred on February 2 of the same year, in Morona in the Loreto region.

The investigative team concluded the cause of the spill is directly linked to PetroPeru’s negligence to perform maintenance of the pipeline. “The tubes are more than 40 years old and should be replaced in their entirety,” says Salomón Awananch Wajush, president of the Regional Organization of Indigenous Peoples of the Northern Amazonia (Orpio-P).

A report from the regional government presented after the oil spill indicates that more than 243 people were exposed to the petroleum without protection, the majority of which were children. The individuals came from four communities: Nuevo Progreso, Wachapea, Nazareth and Pakun. More than 9140 inhabitants of the region came under health risk due to the spill. A report by Peru’s congress in 2017 also indicates irregularities found in the hiring of companies to do the cleanup.

OEFA’s 400 page report states that concentrations of total petroleum hydrocarbons (TPH), derived from the crude oil, were found in the Inayo and Cashacaño creeks, and the Chiriaco, Morona and Marañón rivers. There are many other communities along the Marañón river that have been affected by the spill.

This is the biggest sanction placed on PetroPeru to date. However, it is not the first one for this same oil spill. In 2018, the OEFA fined PetroPeru for USD $12 million, which the company appealed and the resolution did not go into effect.

Join our Patreon Community to support more content like this, and help us promote all the great things Peru has to offer!
Amazonamazoniaenvironmentoil spillpetroleumpetroperu
FacebookTwitterWhatsappEmail

Visit the Lush Hillsides of Lamas...