Pink Dolphins In Peru’s Amazon, Tagged For The First Time 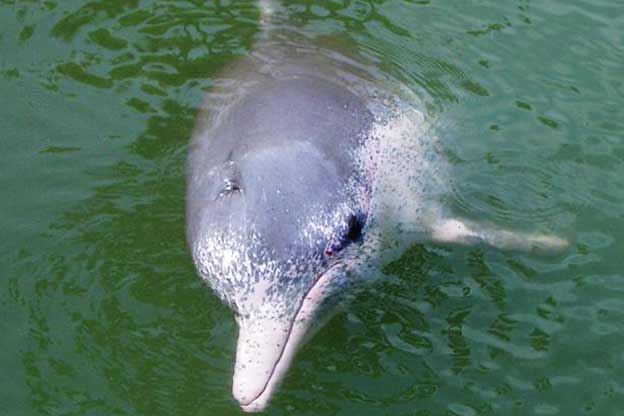 For the first time, a group of Peruvian scientists has tagged eight pink dolphins in the Amazonia of Loreto to study their distribution within the Pacaya Samiria National Reserve and in a sector of the Nucuray River, in the Upper Amazon, in Loreto.

Through satellite images, the scientific director of WWF Peru, Luis Mena, is able to see the movements of the tagged dolphins on his computer screen. These animals were tagged at the end of August this year and they have already begun to send signals of their first movements in the jungle, according to information from El Comercio.

“The Pacaya Samiria National Reserve and the Nucuray river basin, in the Upper Amazon, in Loreto, are the two spaces that have been chosen to compare the behavior of the pink dolphin populations”, the aforementioned newspaper said. “Four of these cetaceans have been tagged in the protected area and four outside, in an area where they are exposed to greater threats”, they continued.

Mena explained that the tagged dolphins within the reserve are called Majaz, Pacaya, El Chino and Samiria, whose “secret lives” are now being revealed. “In this biodiversity reality show, the first season will last around eight months, the time that the transmitters’ batteries are expected to last.

Join our Patreon Community to support more content like this, and help us promote all the great things Peru has to offer!
AmazonamazoniabehaviorLoretopink dolphinssciencescientistsstudy
FacebookTwitterWhatsappEmail