The flavors of La Crosta Pizzeria, with honorable simplicity, can easily compete even the best you have ever tasted.

When the food arrived, I was writing. In the very minute that I was saving my work on my computer, I couldn’t hold it, the smell was overpowering. I turned to the source of the smell, almost like a puppy obsessing over a toy. I’m telling you, it’s not a joke; the smell is so intense that it confuses you. Even if you have tried very good pizzas in the great metropolises of the world, I guarantee that the flavors of La Crosta, with honorable simplicity, can easily compete even the best you have ever tasted. But, I can’t forget one of the great differentiators: All La Crosta pizzas are made with sourdough, “raised” by the owners.

Because of the quarantine restrictions, three of their pizzas arrived via delivery: Jamón al Pesto, La Crosta, La Etrusca and several pieces of garlic bread. The first, Jamón al Pesto, is worth it on its own, it stands tall, and is very strong in every aspect you can consider for a pizza. It has a very harmonious, luscious balance of basil, cheese and salt. It is not something that you find around the corner: it is tasty and unique and is considered the favorite or the best seller.

I must tell a little about his gestation: Pablo (the owner of La Crosta) missed the Genoese pesto sauce he savored when he lived in Italy. He really couldn’t get over that melancholy of its taste. We know that melancholy is an irremediable force that dominates you, so Pablo acquired the ingredients he needed and made his first attempts of the Genoese pesto sauce: “rich, but fixable,” he says. Practice makes perfection and so he would treat his friends with this sauce. “This is amazing!”, they would say, and years later, this sauce is one of the big favorites of his clients.

La Crosta is the other big favorite. Like all signature pizzas, “the name gives it an advantage,” says Erika, the co-owner. Tomato, wine and mushrooms stood out on my palate; but, I can’t forget the role of the caramelized onion and basil. For me, it has the flavor of one of my favorite jazz songs, of harmony and compromise. It’s elementary: you can’t question quality, you just can’t. They say that this was the first one they tried to do — like the very first cell of Pablo and Erika’s ingenious and creative facets, and it grew almost like bacteria from their own sourdough. It grew out of stages of improvement: they learned that caramelizing the white onion made it taste much better. And they learned, by mistake, that wine was a flavor bomb. They both lovingly point out that this pizza contains their favorite toppings.

The Etruscan is full of grace, and is a product of Erika’s intellectual curiosity; she found that the Etruscan people -who formerly inhabited what today are the regions of Tuscany, Umbria and Lazio- used goat cheese and honey in their diet. She had to try this intriguing contrast. By means of good vibes and persistence (like everything in La Crosta) they achieved this pizza that is unusual in the Peruvian capital. Now if you are familiar with Greek food, this one is going to flirt with your heart. It is tasty and has that divine element: honey. Even if you never dare to add honey, relax; you’ll enjoy this one because it stands on its own — like a bird feels sure of its wings.

We also received pieces of garlic bread, and here’s the story of its creation: sourdough. Pablo and Erika are a couple that enjoys cooking and a few years ago, on the beach, Erika wanted to prepare pizza. Yet Pablo thought such a task would require techniques and ingredients more complex than they seem. Eventually, he got some yeast to make the dough; several attempts later — and with the uneasiness of the yeast smell on the final pizza — a friend suggested making it with sourdough. Thus, they began a career full of attempts (it took years) and, little by little, they mastered the technique.

”We experimented a lot. We learned that we had to program our schedules to fit the time need to make sourdough”, they commented. The quarantine of 2020 helped them perfect their technique. Thus, last year they launched their own bread as a new product, which they not only use as their own ingredient, but also sell to their strategic allies. “The quality increases with the sourdough, using yeast, at this point, does not make sense“, they comment. Back to the garlic bread; it was this that took me out of my initial concentration when the order arrived at my house. What a scent!

Forget about the dough that tastes like thick bread, with greasy sauces and mass toppings. La Crosta pizzeria has the flavor of something intimate; something created between intimates. The fruit of good intentions, beautiful desires, good vibes; but, above all, a lot of endeavor. La Crosta has the flavor of what is created behind closed doors, that turns out well and that you bring out because it is ready to stand in front of the world, it is ready to fly high. “Each product has something special, leading elements, they are not randomly mixed ingredients, each product has its own soul“, says Pablo. Finally, they left a thorn stuck in my curiosity when they recommended us to try the “Margarita de la Mancha” and the pizza with smoked eggplant (from the heart of Erika’s Romanian family).

“We [small businesses] are a network of entrepreneurs, a network of friendly support; even emotional for the days of low sale in times of pandemic and functional to collaborate if someone has doubts”. As I told you before, the food at La Crosta is like a mine that not many know exists; but, that holds big fat diamonds. If you, by any chance, are looking for that pizza place to make it your exceptional place, worth every penny, you want to apprehend it as YOUR pizzeria, or even to show off if you invite others: my friend, La Crosta is the place!

Open: Tuesday through Sunday, from 12 to 9pm. 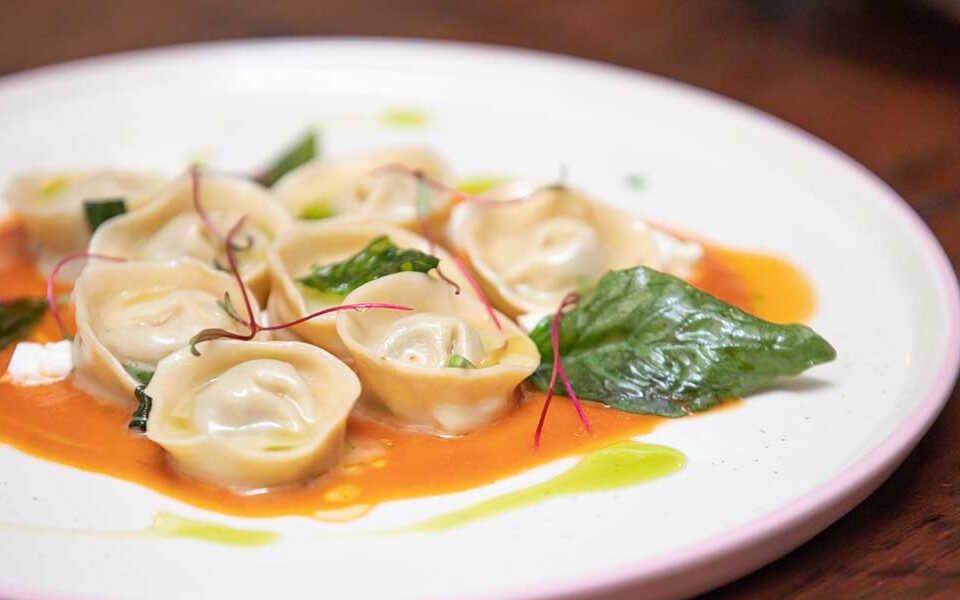 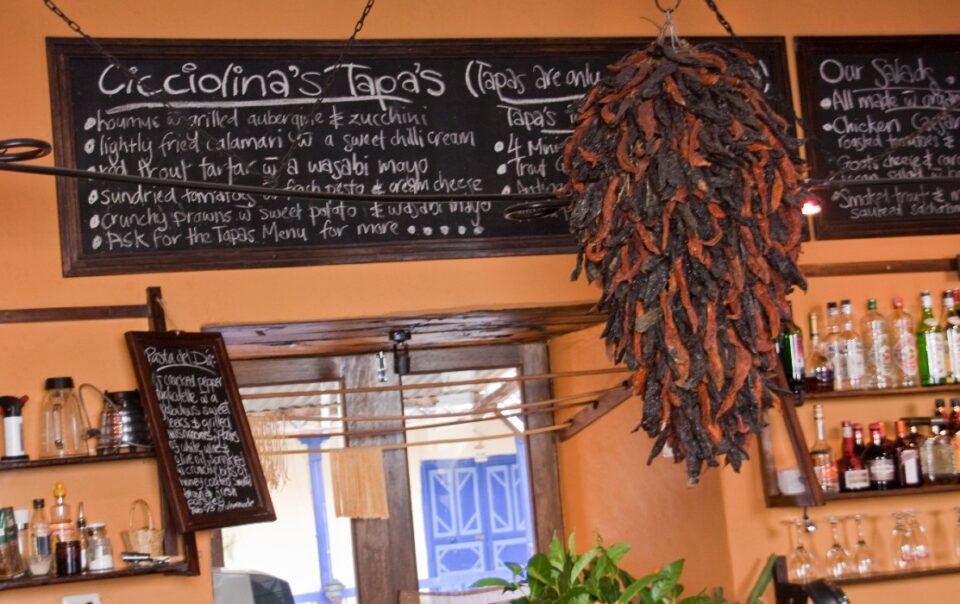 These Are the 10 Best Restaurants in Cusco 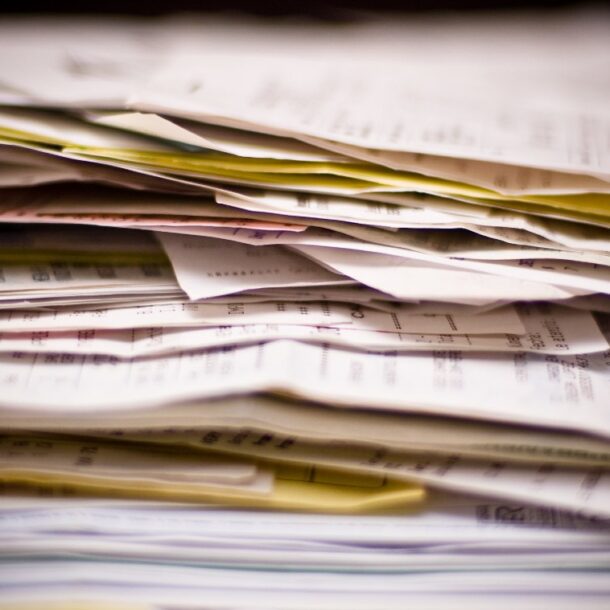 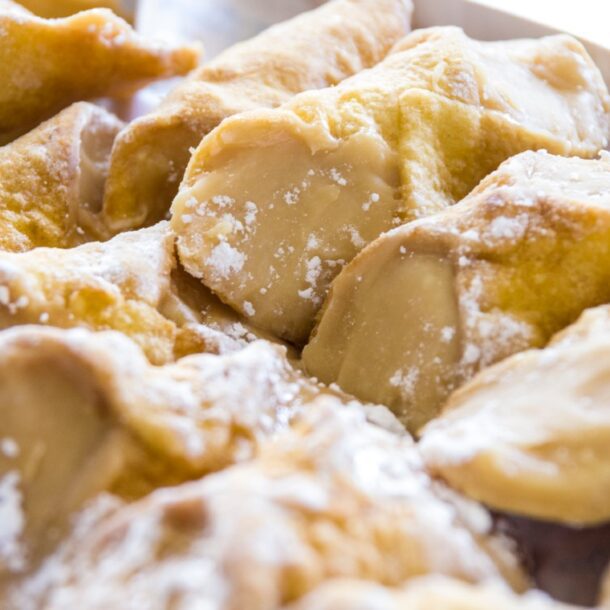 La Peccaminosa: A Sweet Delicacy Amid COVID-19
Next Article