Sustainable Architecture in Peru: A Conversation with Tom Gimbert

Tom Gimbert is a French Architect who over the years, has been influential in bringing tourism to areas of Peru such as Mancora and Puno. I sat down with him for a conversation about his work and his life.

“WORKING WITH LOCAL PEOPLE AND LEARNING FROM THEIR EXPERIENCES IS THE MOST INTERESTING THING ABOUT WORKING IN PERU”, SAYS THE FRENCH ARCHITECT, WHO MOVED TO OUR COUNTRY TO DEVELOP SUSTAINABILITY-BASED DESIGN PROJECTS.”

Where were you born and where in the world have you lived?

I was born in France, in the city of Nantes. I grew up there and later went on an exchange visit to Seville, where I learned Spanish. After that I moved to Paris where I studied architecture and thanks to that discipline I have lived in Barcelona, Oceania, Chile and now Peru.

I started studying physical education in Nantes but half way through the course my father, who is also an architect, convinced me that my destiny was to become one too. My father, my flatmate, my girlfriend and my brother were all involved in the career and in fact I had always liked it but never wanted to try it. That was how I decided to take it up, so I went to university in Paris.  The course taught me more and guided me towards what I really liked doing: doing things responsibly and with other people, building using materials and techniques from the area and involving local people in each project. I grew up in a sustainable and responsible environment. My mother always taught us that, and it’s really my way of living.

What brought you to Peru?

The school where I was studying had a very interesting approach to work; four months studying, two months of practical work, four months professional experience and two months of vacations. I took advantage of the practical work months to travel, and in Chile in 2007 I met a French guy who told me about Mancora and about his projects there, so we decided to meet there the following year. So I went from France to Guayaquil and from there direct to Mancora; I never went to Lima; I didn’t know anything about Peru at that time.

What made you want to stay?

I met another Frenchman who asked me to work with him building a bungalow. I liked his way of working very much, being on site every day, solving problems in situ, not like in France where architects work at the drawing board and never get to grips with the construction. Also, I had always worked with wood and knew how to build with it.  This work enabled me to apply what I knew. When the bungalow was finished I went back to France to finish my degree; I came and went a couple of times over two years and finally I settled in Peru.

What was your first project in Mancora?

El Atelier, a wine bar.  I needed some project that would get me known. I had 5,000 dollars and with that money I rented an old Inca Kola shop; a friend and I built the bar. Furthermore, and thanks to this project, I met Gerardo and Martin, two young guys from the jungle who had just arrived and were looking for building work. We got on so well that we worked together for five years.

Your second project, a hotel in Mancora, introduced you to the world of tourism. Tell us a little about the construction and you experience of managing a hotel…

I sold my apartment in Nantes to build the hotel. It wasn’t enough to acquire land on the beach, but I behind it, yes. The interesting thing about the ecolodge is that almost a hundred percent of the material used in its construction was either recycled or typical of the zone. We used bamboo, timber, sawdust, donkey dung, straw, etc. We only used concrete for the foundations, and brick and stone for the swimming pool. It was a great experience building it; watching how people did things here meant that I learned different techniques. I spent 10 months on the construction with the help of 4 other people. We experimented a great deal, as we built the place without plans. We started with the aim of building two houses, one for me and the other to rent; but it gradually took shape and ended up as the ecolodge. During the process I had to learn to manage the business. I started with the idea that each visitor should have a front door key so we wouldn’t have to have anyone in reception; but then I realised that this didn’t work either for the type of lodgings we were proposing nor for the type of tourist.

The ecolodge is aimed at a very specific type of visitor, looking for a place built sustainably that offers family accommodation with an environmental emphasis. We know all our guests —we don’t have many— and we make sure we know all we need to know about them; we organise activities for them during the day and also book their restaurant tables for them.

What other projects have you worked on in Mancora?

Once the ecolodge was finished I was contacted to work on different projects; so once again I was working as an architect. With the same team I built part of the KiChic hotel and some houses in the zone, another project in Los Organos and the remodelling of La Sirena restaurant. But the most interesting one was a project with the architecture school where I studied in France. We organised a five-month module in which students from France investigated how people live and build in Mancora; then they submitted proposals on how to resolve the problems experienced by five children with special needs living under very difficult conditions. We chose the five best proposals and obtained financing for the students to travel to Piura to build what they had designed. In one month, with 25,000 dollars,we built five houses. The project was a success, so much so that in April of that year we started building two more houses.

What are you working on now and what projects do you have for the future?

A luxury sustainable hotel; it’s on the island of Amantani. We have worked with the local community, particularly with Oswaldo, who contracted us for the job. It has just two rooms; Oswaldo himself welcomes guests and a chef trained by Gustu prepares food based on local cuisine. The next one is a hotel project in Tarapoto.

What was your most interesting experience working in Peru?

Working with local people, sharing the experiences of every member of the team, because I never work alone. There are always difficulties, but it is very enriching and interesting. What’s more, whenever we have a new project we set aside part of the budget to do something in the local community, such as build a school, or help with farming techniques, etc. That also enriches the experience.

Thayacha de Isaño: A Traditional Ice Cream Made From a Tuber in Puno 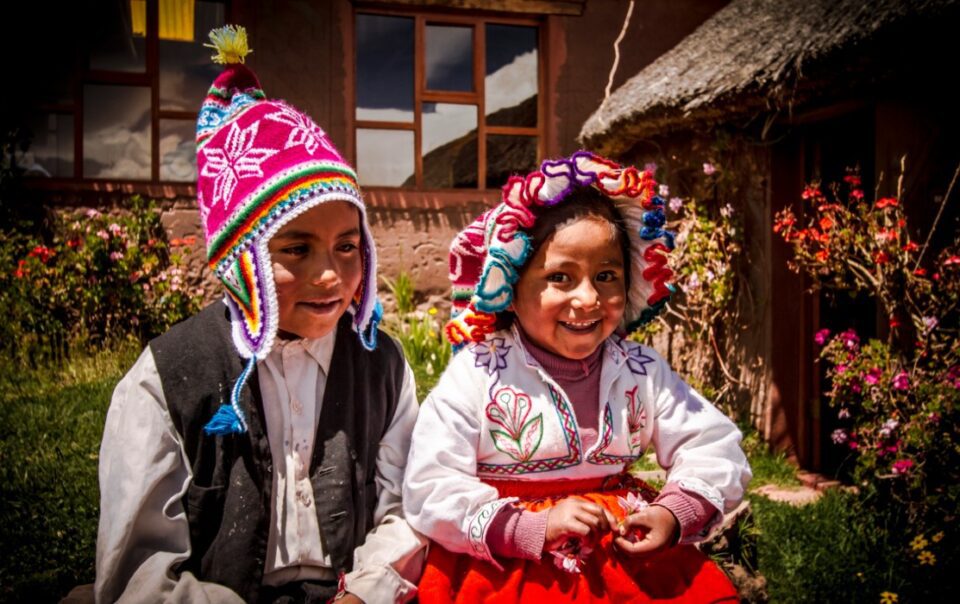 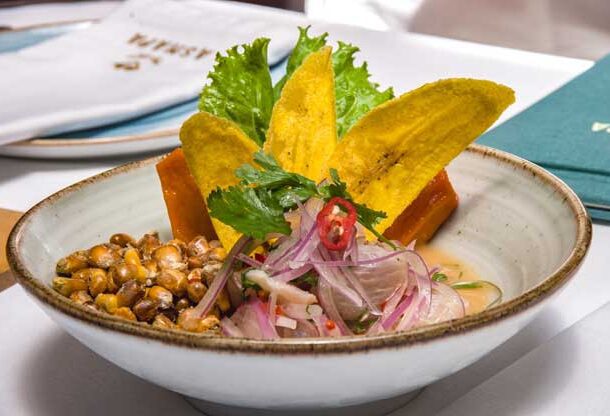