by Traveling and Living in Peru February 6, 2020 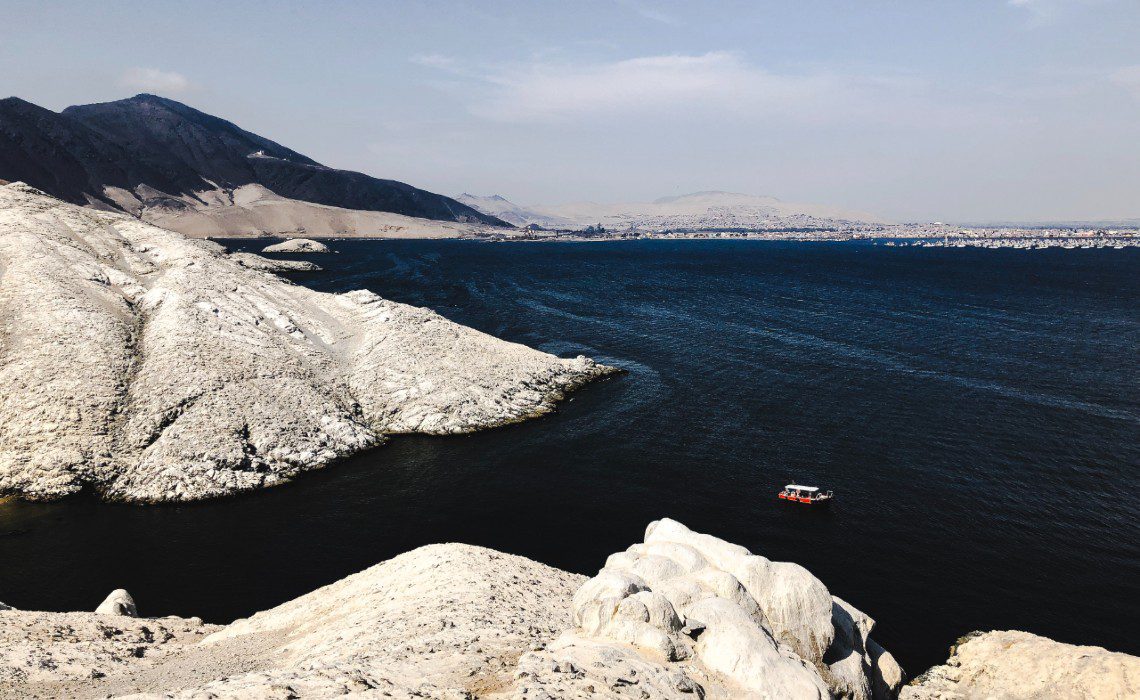 The sea and forests of Piura and Tumbes are home to a very special biodiversity. Learn about the sustainable tourism and conservation initiatives being implemented in northern Peru.

The songs of the humpback whales are the most beautiful sounds. These cetaceans have no vocal cords, nor do we know the meaning of their songs, which sound like laments. Some are even at frequencies that cannot be heard by the human ear. They sing when they are eating, courting, fighting or suckling their calves. The songs can last from one to 60 minutes. They are repetitive and each population of whales sing the same songs.

These are some of the conclusions reached by biologists Sebastian Silva and Belen Alcorta, who for several years have combined whale watching ecotourism at Los Organos and Mancora with research and recording of humpback whales from Chile to Ecuador.

Scientific knowledge is then blended into the Pacifico Adventures travel experiences, which operates in these two places in northern Piura. All of their activities are based on the conservation of marine and coastal resources in the area.

To the south of Mancora, on the descent from El Alto to Cabo Blanco, the Pacific Ocean opens out before you in all its majesty. There’s a sense of vertigo and of the infinite. Oil rigs scatter the horizon, surrounded by a choppy living sea, which produces one of the best surfing waves in Peru.

The sea here is criss-crossed by migratory routes used by species traveling from south to north, as the whales do from August onwards.

Customize your trip to northern Peru with us

From the surface they cannot be seen, but deep in the ocean off Cabo Blanco and the neighboring El Ñuro, three powerful sea currents converge: The Peruvian, El Niño and Cromwell currents. The first flows north and is cold, the second flows south and is warm, and the third is a deep-water current.

This part of the Pacific, visible on the descent from El Alto, is one of the richest seas in the world and contains 70% of Peru’s marine biodiversity. This marine wealth is explained by biologist Yuri Hooker. With many hours of diving behind him, he publishes the beauty of the underwater world in photographs and videos, thus promoting the creation of a marine conservation area between Isla Foca and Los Organos.

This conservationist initiative is also supported by companies such as Inkaterra, which is developing a luxury resort next to Cabo Blanco and encourages the preservation of the coast.

In this section of the coast, Ecoceanica works with turtles and whale sharks, and Pro Delphinus concentrates on sustainable fishing and environmental education to reduce the damage-causing trawling carried out on many sections of the Peruvian coast.

Meanwhile the women of Lobitos, assisted by Soul Surfers Foundation and Wave for Development, are making useful articles —such as bags and table— from plastic collected from the beaches south of Mancora.

The unique forests of Tumbes

Going north, the coastal desert meets an ecosystem that only exists in this part of Peru and southern Ecuador: the Equatorial Dry Forest. It is similar to the African Savannah, a dry zone with high temperatures and vegetation adapted to the arid conditions. This coastal forest is home to an enormous and special diversity of birds, a large number of them endemic. In other words, species that exist here and nowhere else.

In the far north near the border with Ecuador is Los Manglares de Tumbes National Sanctuary, a unique ecosystem of trees adapted to brackish conditions that seethes with life in the form of crustaceans, molluscs, fish and birds. In the sanctuary, Dr. Carlos Zavala heads the frigate bird project Proyecto Fragata, researching the elegant birds that fly through the skies of Tumbes with such grace. This work has led to sustainable tourism options for visitors to Puerto Pizarro.

In 1995, when the conflict between Peru and Ecuador was at its height and no one wanted anything to do with the north of the country, Javier Chang and Teresa Fu decided to leave Lima to live in the dry forest. When they reached Zorritos, they planted species suitable for this ecosystem: carob (Prosopis pallida), palo santos (Bursera graveolens), guayacanes (Tabebuia chrysantha), and umbrella thorn (Acacia tortilis).

Every year since then they’ve planted more than 5,000 seeds: “Until the day I die,” insists Javier. In 1997, on the eve of the torrential rains accompanying the El Niño phenomenon, they decided to take advantage of the rainfall and scattered more than 180,000 seeds to create the first Private Conservation Area (ACP) in Tumbes, covering an area of more than 120 hectares. Here, between the mountains and the sea, is the Amotape Inka’s Resorts, the place to go if you want to get to know the area.

Conservation goes hand in hand with education. Without some knowledge of an ecosystem as special and diverse as this one, there is no desire to look after it.

Organizations such as Planeta Oceano, Naturaleza y Cultura and Manos Azules, include environmental research and education modules developed in conjunction with teachers, schools, associations and institutions. Planeta Oceano works with turtles and manta rays; the second group intervenes in natural protected areas, training park rangers and researching the coastal wetlands; while Manos Azules does the same for environmental aspects in the community of Los Organos (fishermen and schools).

“I think the future is education and that we should think about the common benefits,” says Karla Gabaldoni, resident of Los Organos and promoter of an initiative by which local pupils commit themselves to knowledge and care of the sea.

Views of an ocean opening up before you in all its immensity, and a forest that is unique in the world: this is a view that sees beyond tomorrow. These conservation initiatives are done thinking of the future of today’s children, so that they too will be able to admire and enjoy Tumbes and Piura, one of the richest areas on the planet.

This article was originally published in Ultimate Journeys

This article has been updated since its original publication on June 5, 2018.