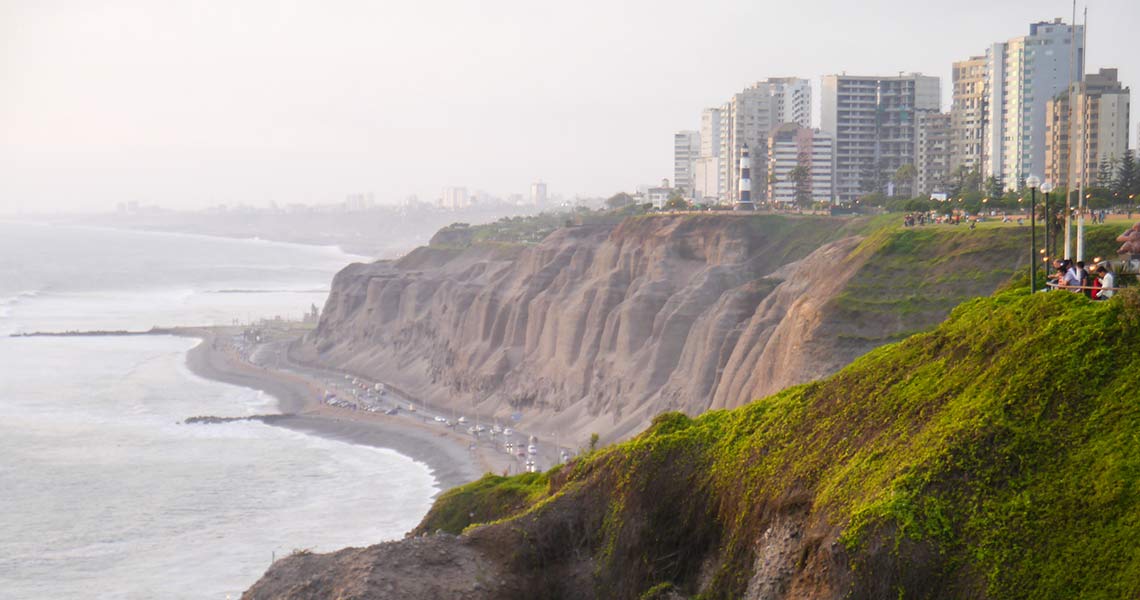 This morning, the Costa Verde in Lima suffered a landslide of stones and earth in Magdalena. The mound occupies three lanes of the beach circuit and the National Police has had to close traffic on the road.

According to El Comercio, it is not the first time a landslide has occurred on the Costa Verde, however, it is the largest in recent years and once again discusses the stability of this cliff that stretches from San Miguel to Chorrillos.

In the upper part of the cliffs of the Costa Verde, only between the districts of Barranco and San Miguel, there are more than 85 buildings of more than 10 floors that look at the Pacific Ocean or that are near the boardwalk, in the first 200 meters of the ravine.

A building of this height can weigh 33,000 tons. In other words, the Costa Verde may currently be supporting about 2.8 million tons more than in 1990, when the construction boom in this area of ​​the capital was just beginning to appear. This is why people are wondering if the cliff would resist an earthquake.

“That was the question that gave rise to an investigation carried out by a group of engineers from the Japanese Peruvian Center for Seismic Research and Disaster Mitigation (Cismid) of the National Engineering University (UNI)”, El Comercio wrote.

Cismid calculated that these cliffs would be vulnerable to landslides or an eventual fall if an 8.5-magnitude earthquake occurs.

Losses Of Up To $35 Billion If An 8.5-Magnitude Earthquake Occurs In Lima

Join our Patreon Community to support more content like this, and help us promote all the great things Peru has to offer!
Costa VerdeearthquakeLima
FacebookTwitterWhatsappEmail