What to Do in Downtown Lima

Undervalued and overlooked, the Historic Center of Lima is well worth a day of exploration. Here’s what to do in downtown Lima.

Many tourists stop in Lima on their way to Cusco, Iquitos or Arequipa. Most stay in Miraflores, check out the nightlife in Barranco and tend to avoid the chaotic city center and outskirts. But the real gem of Lima—once the richest city in Latin America, and so-called City of Kings— is the historic downtown. A UNESCO World Heritage Site, this urban area holds many old churches and colonial buildings, some of them 500 years old and having survived earthquakes, wars and fires.

Today visitors to downtown Lima can hear musíca criolla in the streets, go to the bars in Plaza San Martin, check out the old bookstores, see the biggest Chinatown in South America, the hustle and commerce of the Central Market, or wander around the catacombs.

But that’s just a quick list of attractions. What follows is a detailed guide of what to do in downtown Lima.

Plaza de Armas: Where it all began

The Plaza de Armas is the main square of Lima. It hosts the government palace, once the home of Spanish conquistador Francisco Pizarro. Tourists can witness the change of guards and visit the cathedral where Pizarro’s ashes still lie. There are various restaurants around the plaza, a pisco museum, and the historic train station that has been converted into the Casa de la Literatura Peruana (a cultural center and library). This is a good area for walking, with people offering tours and rides up to San Cristobal hill to appreciate views of the entire city. Right next to the plaza is Santo Domingo Craft Center, across from Santo Domingo Convent, where they sell jewelry and handicrafts; or follow Jiron de la Union, the main shopping street of the district where street performers entertain passersby, until you reach Plaza San Martin.

General José de San Martín, who declared Peru’s independence in 1821, is paid homage to with a statue in the middle of Plaza San Martin (though he is usually covered in birds). Many historic buildings and bars surround this square, Hotel Bolívar being a combination of the two. More so than its rooms or service, this hotel is known for the catedral, a Pisco Sour twice the size as normal. Traditionally, Plaza San Martin is where limeños (people from Lima) gather for protests and demonstrations, but it is usually calm in the day.

Paseo Chabuca Granda is a small promenade by the river, named after the classic Peruvian singer. Parades and food fairs are commonly held here, and in the evening there are street performances that range from comedians to dancers. Nearby you can cross Puente de Piedra (Bridge of Stone), over four hundred years old, to cross the Rimac River. One of three rivers in Lima, the Rimac is the only river that runs through the center of the city. It is one of the few sources of natural water in Lima’s desert climate. In Quechua, Rimac means “the talking river” and many believe that poor Spanish pronunciation of the word is how the city of Lima got its name. You won’t see many tourists here, but you will see locals having fun, laughing, dancing and eating good food.

Barrio Chino: For a taste of Peru’s diversity

Crossing the busy Abancay Street, one arrives at the Central Market and Barrio Chino (Chinatown). In the Central Market you can find anything you would possibly want: food, houseware, clothing, books, electronics, etc. There are street vendors and real stores, both in the market and around it.

Right next to the market is Chinatown with its famous chifas—a fusion of Chinese and Peruvian food. Peru has a long history of Chinese immigration and one of the biggest influx of Chinese immigrants and descendants in Latin America. This came from a long history of indentured servitude needing cheap labor to work the guano, rubber plantations, and farms. You might hear Peruvians call a friend with small eyes “chino” in jest, but there is a good chance that they really do have Chinese ancestors.

Many of Lima’s museums are concentrated in the downtown area: Museum of the Inquisition; Metropolitan Museum of Lima (Peru’s history through images); Lima Art Museum (MALI); Museum of the Central Reserve Bank of Peru (for outstanding paintings); Afro-Peruvian Museum (to better understand and appreciate Peru’s diversity); Casa Bodega y Quadra (a 17th-century home); Santo Domingo Museum (known for its courtyards and mosaics); Museum of Peruvian Gastronomy, and of course the San Francisco Convent and Catacombs.

The San Francisco Convent is definitely worth seeing. Besides the skeletons, there is an old library, paintings and interesting architecture. Not to mention what seems like thousands of pigeons in the courtyard and on the church, which are worth the visit in and of themselves. Many churches in downtown Lima have catacombs below them, but the San Francisco Convent is the only one open to the public.

Extraordinary Peru: Book the adventure of your lifetime now

I love to walk around downtown Lima and be among its people and old buildings. I imagine what it must have been like when Spanish and indigenous people still living in the huacas mixed; when Africans, Chinese, and Spanish came and changed the city. When the Spanish first came to Lima, it was a fertile valley, green with crops and trees irrigated by the Rímac River with a system of canals unrivaled in the West until the 19th century. Though much of the green is now concrete, the city still has its perks and charm. There’s no denying that the music, art, cultures and day to day life is as diverse and interesting as it ever was.

To read more from Joey Carney, follow him on Facebook or check out his latest translation piece to be published, Woman of the Old Roads. 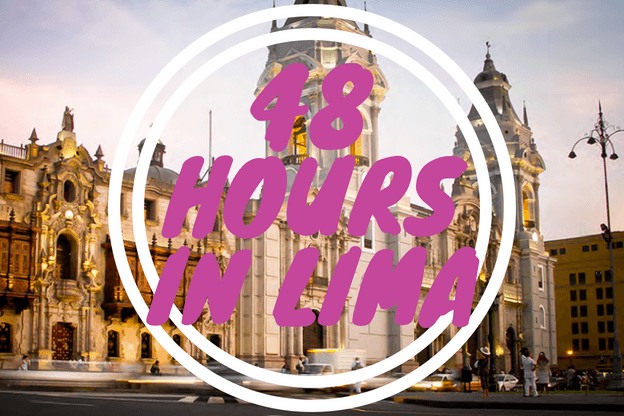 How To Spend 48 Hours In Lima 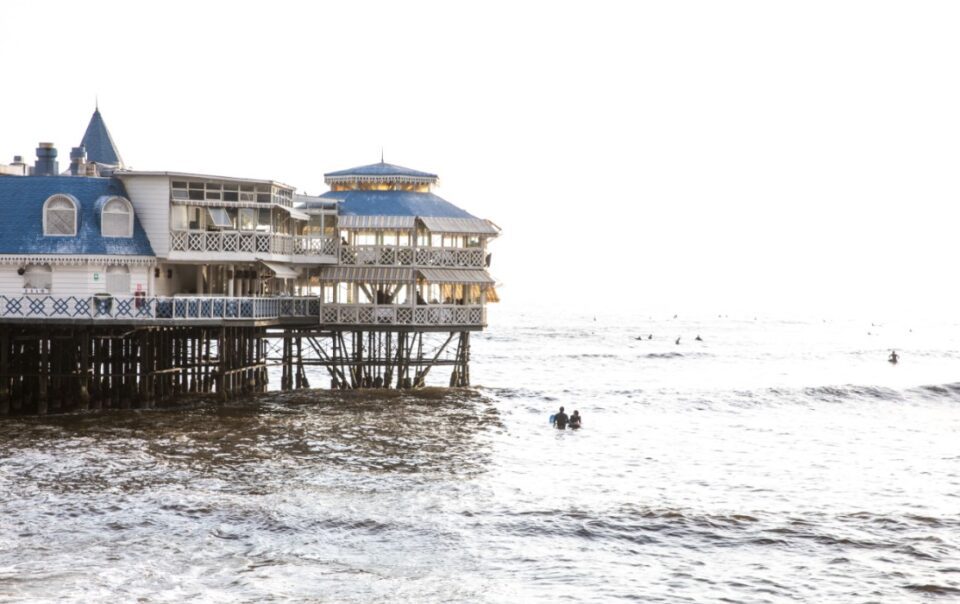 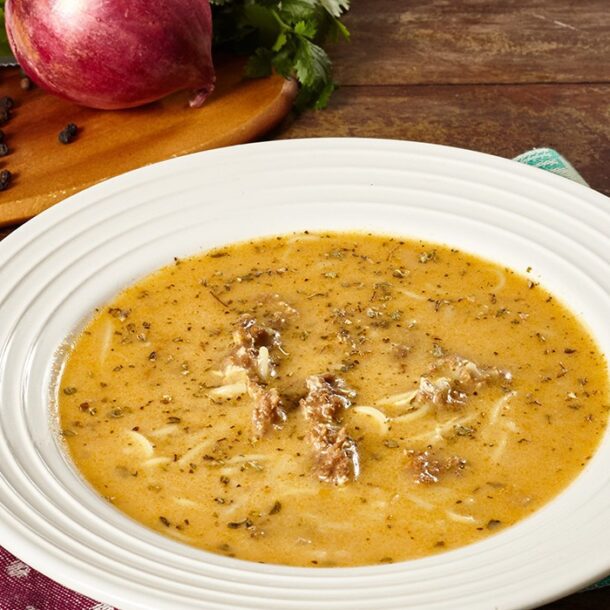 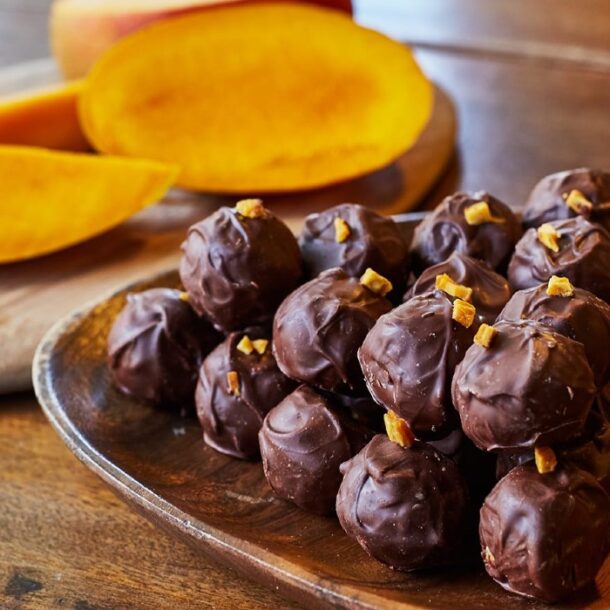 5 Must-Visit Places in Peru for Chocolate Lovers
Next Article