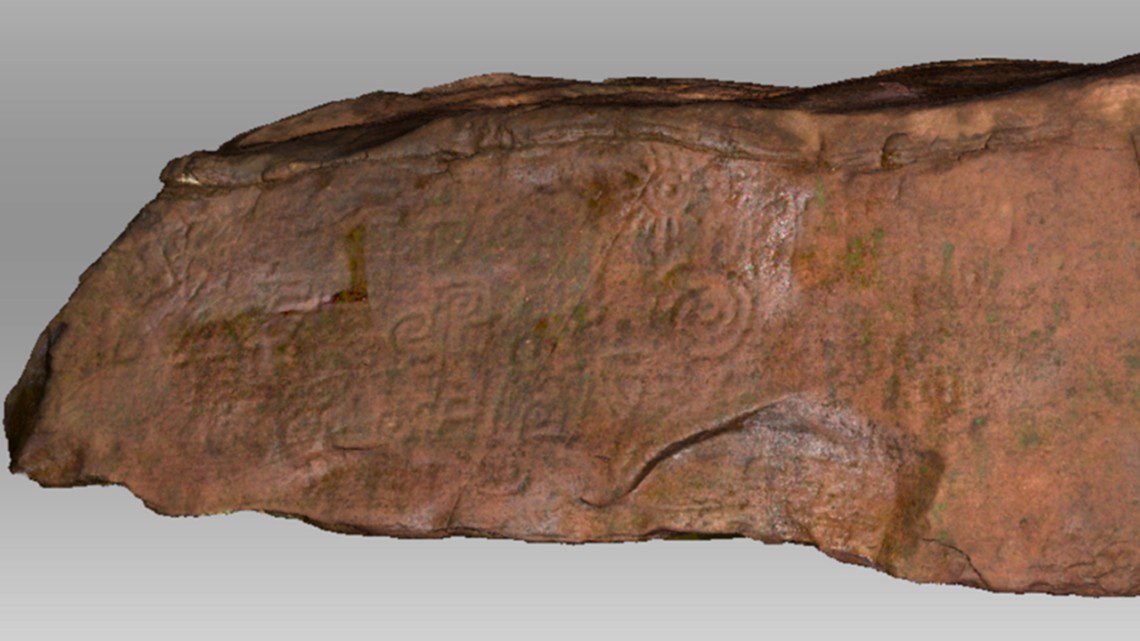 A 3D scanner allowed explorers to see a variety of engravings on a monolith rock formation believed to be 2,000 years old, located in the region of Chachapoyas in the Amazon jungle of Peru.

Carrying a portable 3D scanner on their shoulders, a team of specialists traversed the jungle to reach the monolithic structure located in a remote village in the Leyebamba district. Livescience.com reports that the artifact was known to exist by locals and the archaeologist Daniel Fernandez-Davila. Having known about the monolith for many years, Fernandez-Davila was eager to do further studies to capture the details of the engravings visible on the surface.

The expedition set off from the town of Leyebamba at an elevation of 1,800 m and traveled through the jungle and arrived at the artifact which sits at an altitude of 4,000 m.

The engravings on the artifact are in danger of disappearing due to erosion and heavy rains.

The 3D scanner revealed circular drawings and the engraving of a “feline feathered figure”, including its fangs. The discovery of the figure and surrounding carvings allows specialists to hypothesize that the rock was engraved some time between 200 B.C. and A.D. 200. The feline figure was a popular deity during this time, known as the “formative period.”

Fernandez-Davila further hypothesizes that the location must have sacred value since the monolith is of a sedimentary rock not of the region and therefore believed to have been transported there intentionally. Two baths located not far from the artifact were erected by the Incas for whom the jungle was sacred.

Join our Patreon Community to support more content like this, and help us promote all the great things Peru has to offer!
3d scanneramazon junglearcheologistsArcheologychachapoyasdiscoveryengravingsmonolith
FacebookTwitterWhatsappEmail