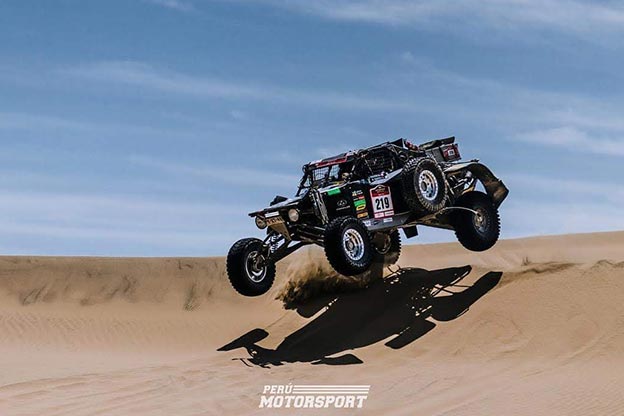 The President of the Chamber of Tourism and Foreign Trade of Paracas (CAPATUR), Eduardo Jáuregui, reiterated that some 50,000 people will be present at the 41st edition of the 2019 Dakar when the 350 cars pass through the area of Paracas in Ica and its surroundings.

“It will definitely be a real party and a stimulus for the development of tourism in our jurisdiction with the presence of Peruvian and foreign pilots,” Jáuregui said.
According to the chief of the Adrenarena camp, Mario Vera, there will be present around 5,000 people, including mechanics, aid personnel, organizers and relatives of the pilots.
“The director of CAPATUR also pointed out that this test is also an incentive in favor of the development of tourism since it will be possible to appreciate the natural beauty offered by the Paracas dunes”, the press release informed.

So far, the pilots have shown their satisfaction with the Paracas dunes, according to Vera, who also said that they are of a medium-high difficulty, which makes them very challenging.

It should be noted that the 2019 Dakar will have 10 stages and will pass through Lima, Pisco-Paracas, San Juan de Marcona, Arequipa, Tacna and Moquegua.

Peru Is Ready For Dakar Rally 2019

Dakar 2019: A Grueling Race Over Peru's Most Challenging Terrain

Dakar Rally 2019 Will Cost More Than $20 Million US Dollars

Join our Patreon Community to support more content like this, and help us promote all the great things Peru has to offer!
CAPATURDakarDakar RallydesertdunesEduardo JáureguiParacasracerally
FacebookTwitterWhatsappEmail