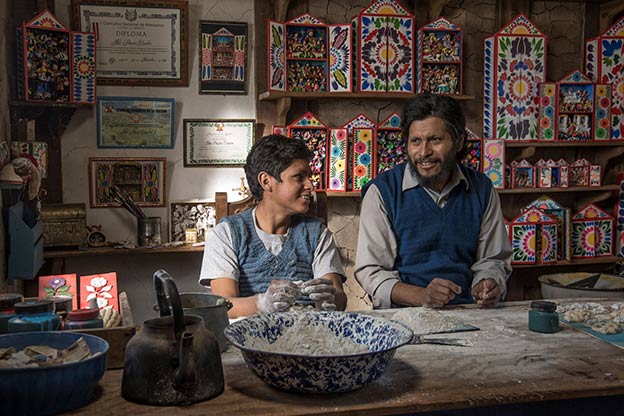 Retablo confirms its premiere in Lima for May 16. This is one of the most awarded Peruvian films in recent years, according to a press release.

“The directorial debut of Álvaro Delgado-Aparicio, is preceded by a great success of international critics and with 25 awards to date, obtained at film festivals in Toronto, Berlin, Havana San Francisco, New York, Bilbao, Madrid, Sydney, Switzerland, Sweden, Vancouver, Chicago, Ukraine, Houston, among others”, they revealed. The most recent award was obtained at the Havana Film Festival in New York this month.

Starring Magaly Solier, Amiel Cayo and Junior Béjar, Retablo is spoken for the most part in Quechua and was filmed in beautiful natural settings of the Ayacucho mountain range. It is an urgent call for tolerance and respect for diversity and tells an intimate and moving story that speaks of life, art and cultural heritage in the Andean communities; of love and also of the violence generated by intolerance.

This movie was made thanks to funding from the production Dafo of the Ministry of Culture of Peru, the Norwegian fund Sorfond 2015, and the German fund Film Und Medien Stiftung NRW 2017.

Join our Patreon Community to support more content like this, and help us promote all the great things Peru has to offer!
artcultureMovieretablo
FacebookTwitterWhatsappEmail