by Traveling and Living in Peru October 1, 2019 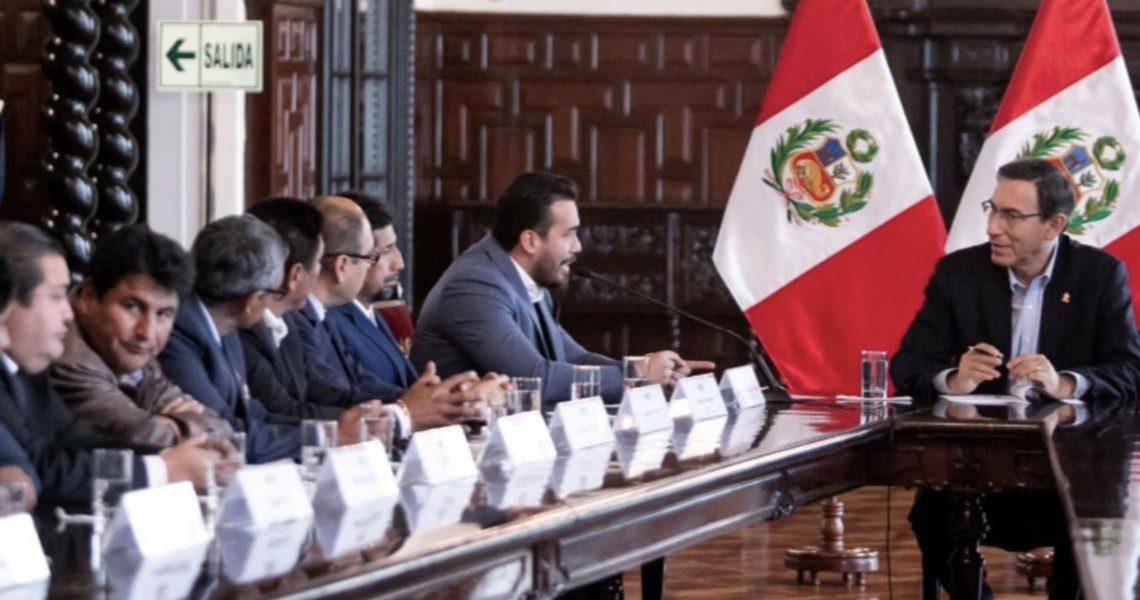 Soon after Vizcarra’s Monday evening message to the nation declaring the dissolution of congress, the lawmakers swiftly suspended President Vizcarra on grounds of an attempted coup d’etat. Vice President Mercedes Araoz was sworn in by congress as acting President, a position she promptly accepted.

Both sides declare their action to be legitimate and constitutional, creating a legal crisis that will not be resolved anytime soon. Thousands of people gathered in the center of Lima Monday afternoon and well into the night in support of the dissolution of congress.

As of the morning of Tuesday, October 1, the heads of the national armed forces and the police, as well as the mayors of the country, have declared allegiance to Vizcarra, recognizing him as the constitutional president. The press office for the presidency released an image from the presidential palace showing Vizcarra with the navy, air force and police commanders.

While Vizcarra issued decree N° 165-2019-PCM dissolving congress and calling for general elections for January 26, 2020, congress will reconvene on Friday, October 4, to move forward with a motion to permanently dismiss Vizcarra.

Photo: President Vizcarra with the mayors of Peru/ANDINA

Join our Patreon Community to support more content like this, and help us promote all the great things Peru has to offer!
CongressnewsPeruPresident Vizcarra
FacebookTwitterWhatsappEmail