by Traveling and Living in Peru September 30, 2019 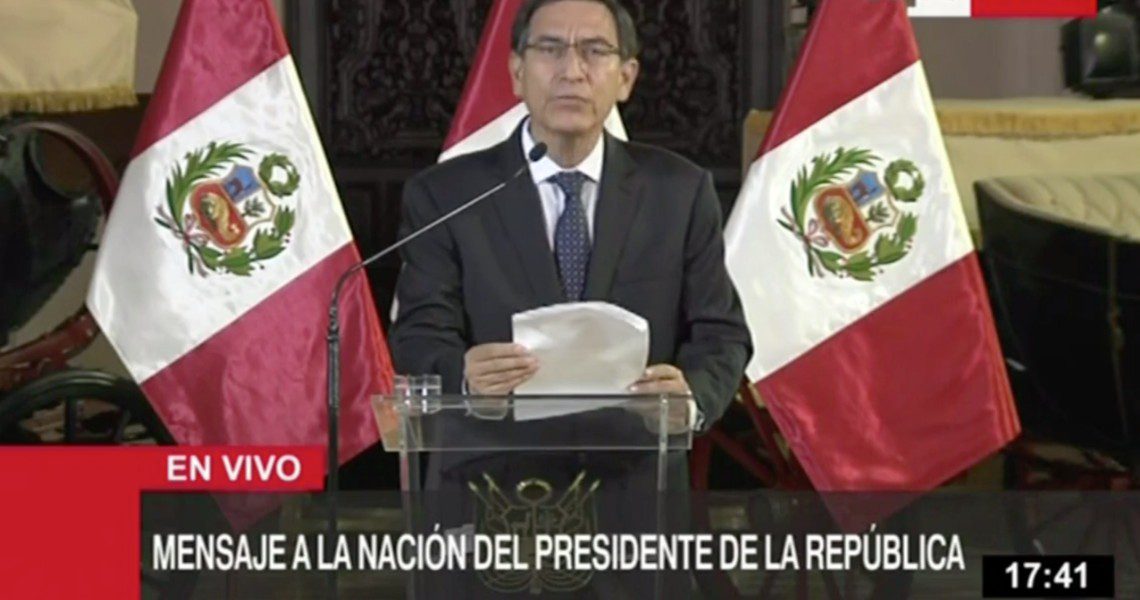 During a message to the nation late afternoon on Monday, President Vizcarra announced his decision to dissolve congress and called for congressional elections.

The televised address made by President Martin Vizcarra aired just after the current congress held session to debate the vote of confidence that was submitted on Friday, September 27th. During this session, the opposition-led congress challenged the president’s call for new elections and moved forward with electing one out of seven reappointments for the Constitutional Court (TC) magistrates.

On Sunday evening, Vizcarra threatened to move forward with the dissolution of congress, citing that initiating the vote for the TC’s appointments by congress would count as a vote of confidence, and under Peruvian law the president needs two votes of confidence delivered against the government to do so. This would be the second.

The nominees for the appointments to fill the Constitutional Tribunal have come under fire in recent months including today’s elected nominee, Gonzalo Ortiz de Zevallos, who has no experience as a judge and is a relative of the President of Congress.

Congress now have cause to move forward with the process of impeachment of Vizcarra. 87 votes are needed out of 130 congressional seats to oust President Vizcarra.

Join our Patreon Community to support more content like this, and help us promote all the great things Peru has to offer!
CongressnewsPeruPresident
FacebookTwitterWhatsappEmail