Four Cultural Activities To Do in Peru

Peru offers so many unique and impressive sights that choosing a few can pose a serious problem for the visitor.

Contrary to what most people believe, Peru is not just about Inca ruins and fabulous food. If you are looking forward to taking a close look at some authentic rituals, festivals and pre-Columbian ways of life then keep reading this article where we are going to take you through some of the most spectacular cultural activities of the country.

The Quechua word “Inti Raymi” which stands for ‘Sun Festival” is one of the most visually stunning festivals of Peru which is celebrated on the 24th of June in the city of Cusco. The celebrations are a tribute to the Sun God, one of the principal symbols of worship in the Inca culture. This ceremony which takes place at the Sacsayhuaman esplanade presently has over 750 participants who take part in the rituals with the same devotion and fervor as in the centuries past. Some of the other sites of this ceremony include Haucaypata and Coricancha. 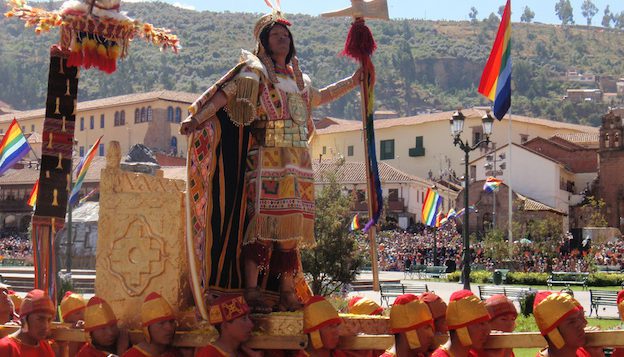 You May Also Like: SIX THINGS WESTERNERS COULD LEARN FROM THE INDIGENOUS PEOPLE OF PERU AND THEIR ANCIENT WISDOM

Celebrated by the residents of Quechua villages and communities in the Peruvian Andes, this is a competitive ritual dance where the participants perform a sequence of jumping and dancing to the rhythm of a pair of scissors. Ayacucho village which is the point of origin of this ritual dance is presently a picturesque UNESCO cultural heritage site. Although the origin of this dance is shrouded in mystery, most anthropologists believe that this ritual dance originated during the Spanish conquest in the early 16th century. This dance was performed by the ancient Incans to signal the return of the Old Gods in place of Christianity. 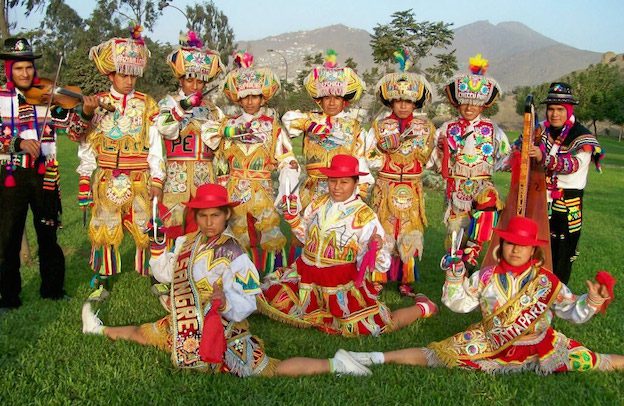 You May Also Like: 6 AMAZING THINGS TO SEE IN CUSCO THAT ARE NOT INCAN RUINS SERIES: PART ONE – QOYLLUR RIT’I

3. Offerings for the Pachamama (Mother Earth)

This ceremony which literally translates as ‘payment to the earth’ is held throughout the month of August in the Peruvian Andes. According to the inhabitants, this is the time when Pachamama is both hungry and thirsty and offerings usually consist of alcoholic beverages, various grains, raw silver, wine, and even fetuses of sheep and llamas. This ceremony is held in a number of sites including Lambayeque, Huaraz, Puno, and Cusco. 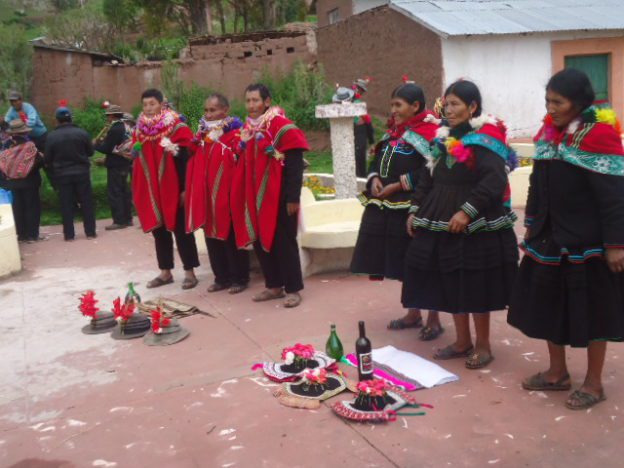 4. A Visit to the Islands of Lake Titicaca

One of the most important natural heritage sites on the planet, Lake Titicaca with its beautiful islands form one of the major resources of the local communities. The Taquile Island with its ceremonial sites and Pre-Inca terraces makes for a great place to visit for people who are looking forward to avoiding the madding crowds. Since 2005, this island has been recognized by UNESCO as an Intangible Cultural Heritage of Humanity. 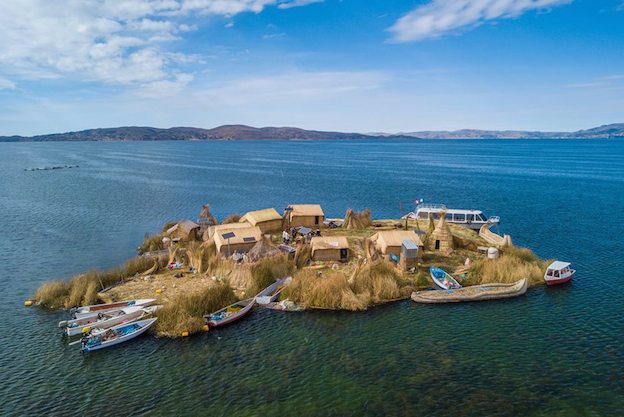 You May Also Like: 10 UNIQUE THINGS TO DO IN PERU

If you head to the island of Amantani, you will be able to see the locals demonstrating their textile work and stone carvings to the visitors.
The Suasi Island which consists of an area of 106 acres is one of the nicest lake-side regions where you will get to witness the harmonious co-existence of man and nature.
The Wiñaymarca Archipelago consists of eight islands of which Anapia is the most touristy one. Here you will get to stay in the homes of local people and take a close look at the life and culture of the inhabitants.

You May Also Like: 3 MOST IMPORTANT CRAFTWORKS OF PERU 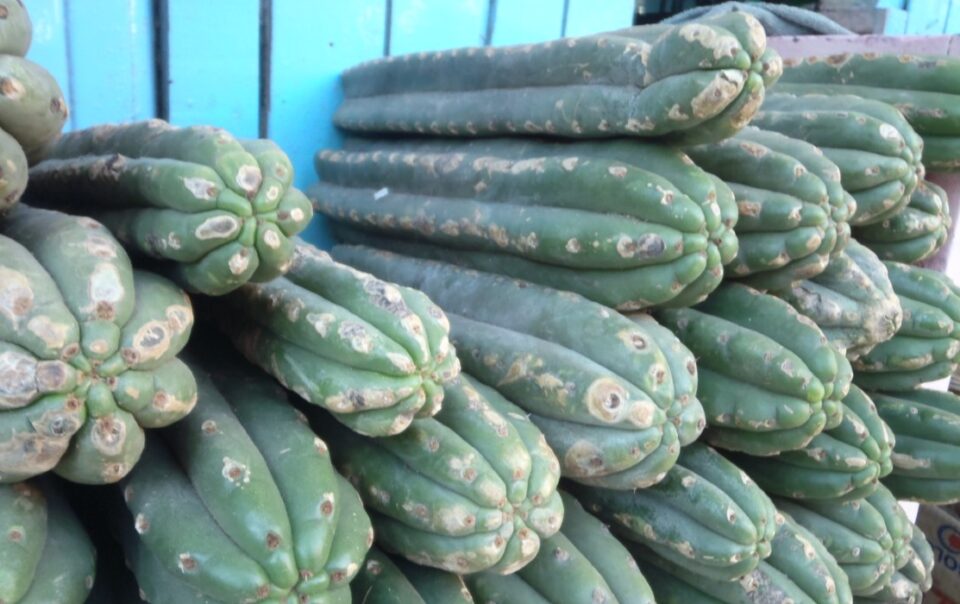 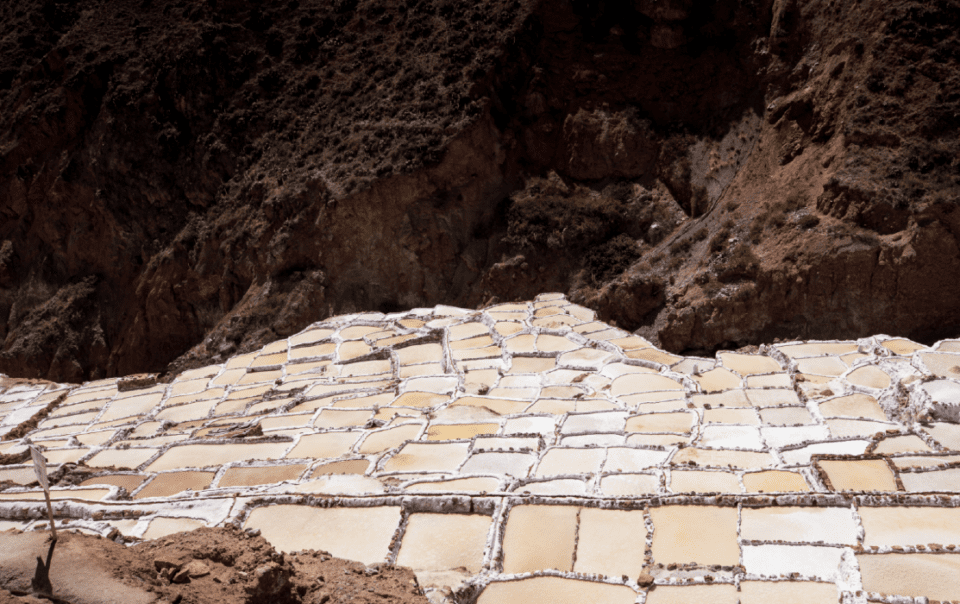