Get to Know Destileria Andina: A Distillery Born in Ollantaytambo, Cusco

Born out of love for Matacuy and nurtured with care, the Destileria Andina is a story of family and dedication to excellence.

The first time I tried Matacuy, I must have been 12 or 13 years old. Back then it was called “Wendy’s Compuesto” and it always settled my altitude sick tummy. Wendy would lovingly macerate Andean herbs and botanicals in homemade sugar cane liquor and create a flavorful liquid gem that took off the edge after a huge meaty Pachamanca or juicy cuy. Wendy always served her compuesto in these tiny little shot glasses that looked like miniature chicha de jora cups and were just the cutest.

Fast forward 25 years and that same compuesto, now aptly called Matacuy, has fathered a wonderful innovative project in Ollantaytambo in the Sacred Valley of Cusco. Destileria Andina is a story of family, brotherhood, friendship and a love of all things wonderful.

Back in the 1970’s, an adventurous couple from the United States, Wendy and Randall, came to live in Peru. After lots of hiking through the Andes while growing their little expat family, they settled in Ollantaytambo where they created the now famous El Albergue hotel right next to the train station to Macchu Picchu.

As their two sons Joaquin and Ishmael grew up, Wendy experimented with the Andean compuestos that she had tasted in all the villages, each one with a different recipe. After a lot of taste testing, she finalized her own favorite recipe. Many friends and visitors tried and enjoyed her compuesto so much that it became a staple at her kitchen table in El Albergue.

By now Wendy’s Compuesto, Matacuy, has enjoyed 40 years of love and experimentation.

Around the millennium, her sons had grown and things were changing fast in Ollantaytambo. There were more trains to Machu Picchu and more tourists in the area. The family decided to brand the compuesto and called it “Matacuy,” loosely meaning kill cuy. A good friend designed a colorful label using one of Wendy’s paintings, giving Matacuy a visual identity. Production of Wendy’s compuesto grew and started gaining more attention in the area, but always keeping production at home and with lots of love.

The Pi Shop in Cusco

I have been close to the Albergue family since I was small, becoming good friends with Joaquin and Ishmael. By the time we were in our early twenties we had big dreams and in the quaint neighborhood of San Blas in the city of Cusco, we ran a little restaurant called The Pi Shop. It only lasted a couple of years but everyone who was involved there still remembers how legendary it was.

It was at The Pi Shop that my business partners and I met Haresh, a TCK (Third Culture Kid) just like us, working on a biodiversity conservation project in the Amazon of Peru, Bolivia, and Ecuador. He was a loyal customer and later a very good friend whom eventually also became a partner in The Pi Shop.

Over a bottle or two of Matacuy, which we served in the shop as the house drink, Joaquin and Haresh started dreaming about taking Matacuy to the rest of the world. The Pi Shop closed its doors soon after but strong ties had been made and Haresh was asked to be the Padrino (Godfather) of Joaquin’s daughter a few years later.

I left Cusco in 2003 and a few years later I also left Peru, but I have been able to keep up with Joaquin, Ishmael, and Haresh via Facebook. El Albergue became a full on hotel, their families grew, and they set up their own farm in the Sacred Valley to provide produce to their restaurant and coffee shop.

Later on came the in-house coffee roasting and now, along with Haresh, Destileria Andina. I contacted them in order to spread the word about this wonderful project. This is how three friends, who are more like brothers now, built on a dream handed down by their mother Wendy.

The first order of things wasn’t exactly Destileria Andina; it was to create a cleaner version of the now almost famous Matacuy. The cañazo (sugar cane liquor) that Wendy and then later Joaquin had been using for the botanical macerations was sourced from farmers and distillers in the area.

Joaquin and Haresh knew that this cañazo wasn’t of optimal quality and Matacuy needed a better one. After some failed attempts, the local distillers asked why they didn’t just make their own cañazo and, with a knowing glance between them, that is exactly what they did.

In order to distill their own perfect cañazo and improve Matacuy, they had to first master the art of distilling the sugarcane juice. Much research was done and plenty of conversations were had with distillers from Peru, Mexico, Scotland, Spain, Germany, and England. The boys partnered up with Kami Kenna, an expert cocktail creator who works with distillers in Mexico. Together they learned the ins and outs of distilling cañazo, from harvesting the sugarcane, manufacturing the sugarcane juice, distilling and making deep cuts to find their perfect cañazo.

While they were trying to perfect the spirit to revive Matacuy they realized that the art of cañazo distilling in the Andes was a dying custom and it was up to them to keep it alive for future generations. Thus Destileria Andina was born and their alambique (copper distilling contraption) took a permanent home next to the El Albergue farm and Coffee Roasting house.

Fresh sugarcane juice is first distilled in a stripping run by the farmers and distillers where the sugarcane grows, in fact, this sugarcane grows at the highest altitude possible making it the highest grown sugarcane in the world. After the stripping run, Destileria Andina receives the raw cañazo to distill again at a gentle boil and higher altitude. It is here that deep cuts are made to find the perfect flavor.

It is from this production that Destileria Andina created their flagship spirits Caña Alta Azul and Caña Alta Verde. Part of the charm of this cañazo is the fact that it is distilled in a natural environment that changes temperature from day to night. Not only that, since this spirit is made from the sugarcane plant and not already produced sugar or molasses, the final flavor maintains the flavors of the earth adding to its intense character.

Caña Alta Joven Azul and Caña Alta Joven Verde hold different characteristics. Azul uses cold water to make the spirit “reflux” and then is filtered through homemade organic charcoal, gaining a glacial sensation reminiscent of the high Andes. Verde is distilled at different temperatures and the original sugarcane used is from lower altitudes; the idea is to maintain the essence of the earth in the final flavor.

The future of Destileria Andina and Matacuy

If you visit Destileria Andina you will see the wooden shelves full of damajuanas (large glass bottles) where Caña Alta is macerated with different herbs and botanicals mostly grown in the El Albergue farm. These are the base mixtures for the new Matacuy production and everyone at Destileria Andina is really excited, including me on the other side of the world. I’m going to have to get them to ship me a bottle when it’s ready.

As is the common occurrence with creative types that want to produce wonderful things, Caña Alta and Matacuy are not the only spirits you will see coming out of Destileria Andina. They have already partnered up with Cerveceria Del Valle to create a Jora whiskey, a fermented drink made from the Andean Jora corn. They have also experimented with a reposado, which is cañazo tested for four months in oak wine casks, and other local woods.

Haresh is the managing distiller at Destileria Andina and he let me know of a visiting distiller’s program, the purpose of which is to host distillers from around the world who want to learn about cañazo distilling and also share their knowledge of distilling, fermenting, blending and/or marketing with Destileria Andina. Housing and a small stipend are offered for a few months and they host all sorts of wonderful people this way. Get in contact, if you are interested.

How to vist Destileria Andina and try Caña Alta

If you are in Cusco or are planning a visit soon, I recommend you visit Destileria Andina and try their flagship Caña Alta and other emerging spirits. To get there you must go to Ollantaytambo and find El Albergue hotel at the Train Station. You can ask to visit Destileria Andina either at the hotel or at Cafe Mayu next door. Everyone will know the way and either take you or explain the way.

You can try Caña Alta and Caña Azul in the following restaurants, each of which has created their own Caña Alta cocktails:

This article has been updated from its original publication on September 1, 2017. 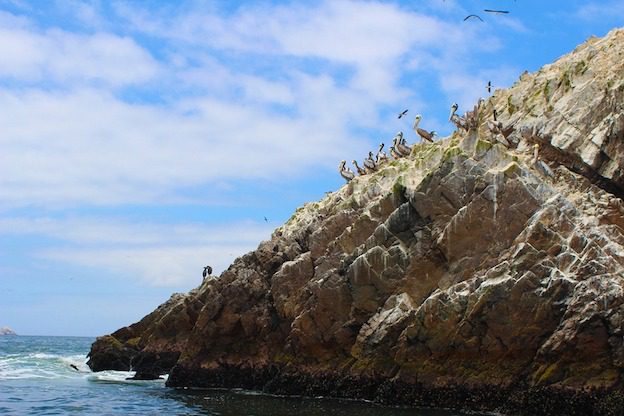 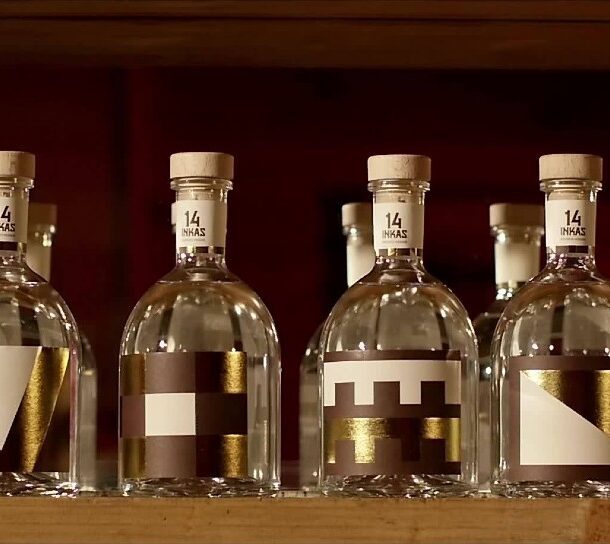 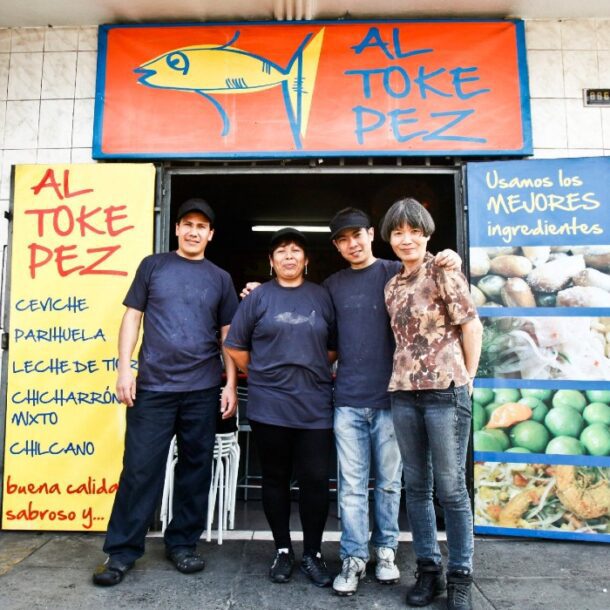