Why Indigenous Resistance Matters in Peru

Indigenous resistance is about more than material and cultural survival of identity and tradition.  It is also about adapting to change outside and within communities.  It is about listening and appreciation.

Indigenous resistance in Peru takes many forms: aggressive protests against mining and oil companies, the preservation and passing on of cultural traditions, and fighting for justice and change within their own communities.  These are only a few manifestations of a broader movement that pulses beneath the surface of every major issue in the Andean country.

This is not simply an ideal.  Indigenous resistance has very real consequences for Peruvian society and politics.

Indigenous resistance is a social and economic issue.

Thompson Reuters Foundation reports that Aymara indigenous leaders are soon to face trial for 2 deaths and 14 injuries that resulted from a protest against an extractive project by Canadian company Bear Creek Mining Corporation back in 2011.  The protest leaders are facing between 16 and 28 years in prison as well as fines of more than US$2 million.  Despite the arrests, the protest was successful and managed to pressure the government into repealing the license for the mining project.

This is not an isolated incident.  In 2012, a state of emergency was declared due to the sheer scale of mining protests in the country.  More recently, a protest against Las Bambas copper mine resulted in the death of a protester and sent a strong warning sign to President Pedro Pablo Kuczynski’s (PPK) new government.  His government plans to reactivate the economy by relaxing environmental standards for extractive industries, but if they do not find a way for these industries to benefit the local people, they can expect more of the same.

Mining helps the economy grow.  It makes Peru look good on paper.  Yet, since the arrival of the Spanish invaders, mining has never benefited local indigenous peoples in Peru as it should.  Open pit mining is the most devastating form: destroying lives, land, and communities.

Indigenous resistance is a women’s issue.

Women are often the most important transmitters of local knowledge and tradition as the forces of globalization draw more men to find work in the city or in extractive industries.  This leaves the women as protectors of the home and teachers of their children, where particular practices and traditional medicines are a part of everyday life.

Women often take on the role as organizers of protests and take the lead in combating the intrusion of extractive industries.  They are defenders of the community as well as the home. However, poor legal protection on a national level means that indigenous women are also subject not only to a position of lesser opportunity but are also exposed to domestic abuse.

In a report by Rights and Resources Initiative, one of the publication’s authors Stephanie Keene writes that one important key to granting agency to indigenous women lies in guaranteeing their tenure rights – their right to own land – a concept that clashes with traditional indigenous ideas about gender roles.

One of the most important reasons to respect indigenous resistance is because of the knowledge they have to offer.  Again, this is not simply a fancy ideal.  Indigenous practices and medicines have led to new medical “discoveries” applied in hospitals around the world.  Many life-saving drugs are directly based on plants found in the Peruvian Amazon.

Perhaps more importantly, no one in the world can escape the effects of climate change.  Peru is a country where few deny climate change because it is so blatantly apparent in the rapidly disappearing glaciers, the increase in El Niño recurrence and severity, and changes in weather patterns.  Indigenous knowledge can help us be more attuned to what is actually happening, how the trends are changing, and how we can adapt.

David Bresson at Forbes writes eloquently of the knowledge that indigenous peoples around the world hold.  It is not because there is something magical or mystical about them or their traditions.  It is simply because they depend more on their surrounding environment and are sensitive to changes in the system that directly provides them food, shelter, and nearly everything else.

The article, which gives examples from around the world, writes that farmers in the Peru-Bolivian altiplano use the visibility of a certain constellation to decide on the best time for planting.  Fog cover over that particular set of stars tells them that there will be few showers of rain, and so the farmers delay their sewing.  This link was later verified by scientists to be connected with the El Niño phenomenon.

Indigenous resistance is not just about humanitarian aid or the passing on of traditions.  It is about adaptation to the world that is changing faster than we can even fathom.  It is about respecting and valuing what indigenous peoples have to contribute.  It is about securing property rights for women and it is about making sure that the benefits of mining and oil exploitation are justly distributed and used in development, not just making a few businesspeople and community leaders wealthy.  It is, above all, about listening to people from these communities.

Let us know your own thoughts and experiences here at Living in Peru.

The Powerful Priestess of Chornancap (VIDEO) 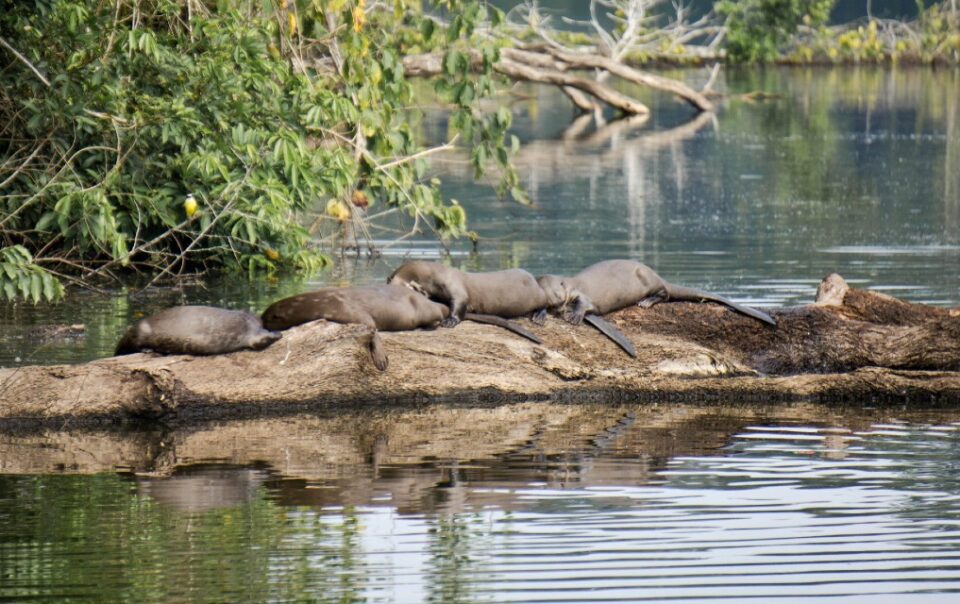 The Lake at Boca Manu: Safeguarding a Nature Lover’s Paradise

Great article for which I totally agree. Mike, you did a nice writing job for which I especially liked the way you put your words meaningfully together in the last paragraph. Thank you, Mike, for resistance does matter! 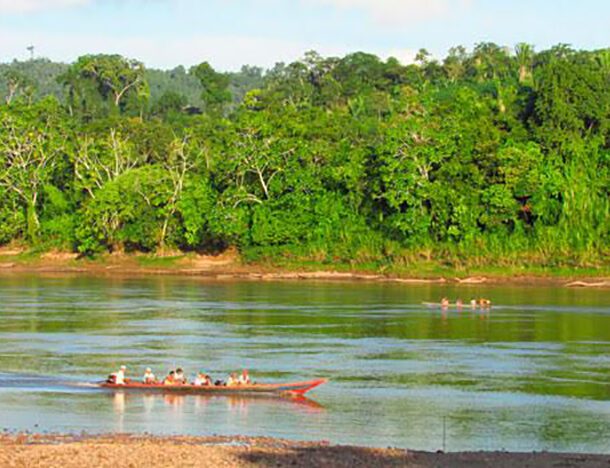