The Lord of Sipán: 30th Anniversary of the Moche Discovery

Peru’s Ministry of Culture revealed a reconstructed bust of the ancient Peruvian ruler the Lord of Sipán in honor of the 30th anniversary of his discovery.

The Lord of Sipán is one of Peru’s most well-known ancient rulers.

His tomb’s discovery by Walter Alva was absolutely groundbreaking for investigators of the Moche culture. In fact, the discovery was so important that a visiting Egyptian archaeologist considers it the Lord to be for the Moche culture what King Tut was for the ancient Egyptians.

The Moche civilization ruled on Peru’s northern coast in parts of what is now Ancash, Trujillo, La Libertad, Lambayeque, and Piura.

The Lord of Sipán was found in the royal tombs of Lambayeque, transforming the region into a tourist destination as it had never been known before.

He was found adorned with jewelry and surrounded by treasure.  Alongside him in the tomb were 6 other people and a dog (the native Peruvian hairless type).

Investigators from Peru and Brazil  reconstructed the face of the Lord of Sipán as it once was, based on actual bone scans of his remains.

Peru’s Ministry of Culture presented the bust this past Friday to celebrate the 30th anniversary of the finding of the ancient ruler’s tomb.

Don’t forget to check out the face of the Lady of Cao, a powerful Moche priestess, in case you missed it. For more on the Moche culture check out this video about their famous place of worship, Huaca de la Luna. 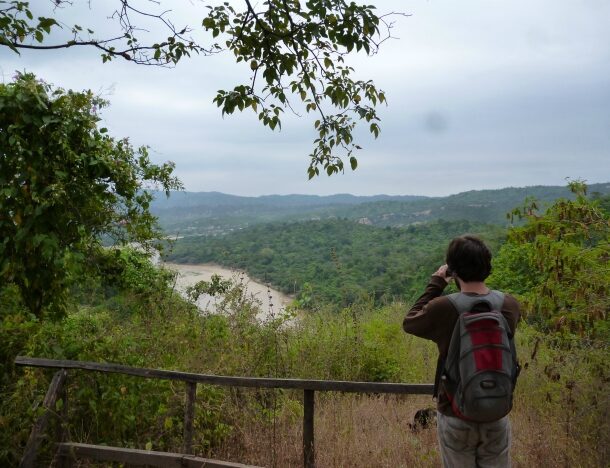