Top Stories
Travel Updates: Coronavirus (COVID-19) Outbreak in Peru
Peruvian Products with Intense Flavors for Curious Foodies
I Went to Machu Picchu During COVID-19 and...
5 Things to Know About Panetón: A Peruvian...
Visiting Ayacucho? What to Know and Do for...
Zig Zag Restaurant in Arequipa: A Fusion of...
The Complete Travel Guide to Visiting Arequipa: What...
Pezcadores: Delicious seafood off the beaten path in...
Peruvian Recipe: How to Make a Warm and...
7 Attractions in the Amazonas Region of Peru...
Home Archaeology National Geographic: 500-Year-Old Inca Offering Found in Lake Titicaca
ArchaeologyThe latest news about Peru 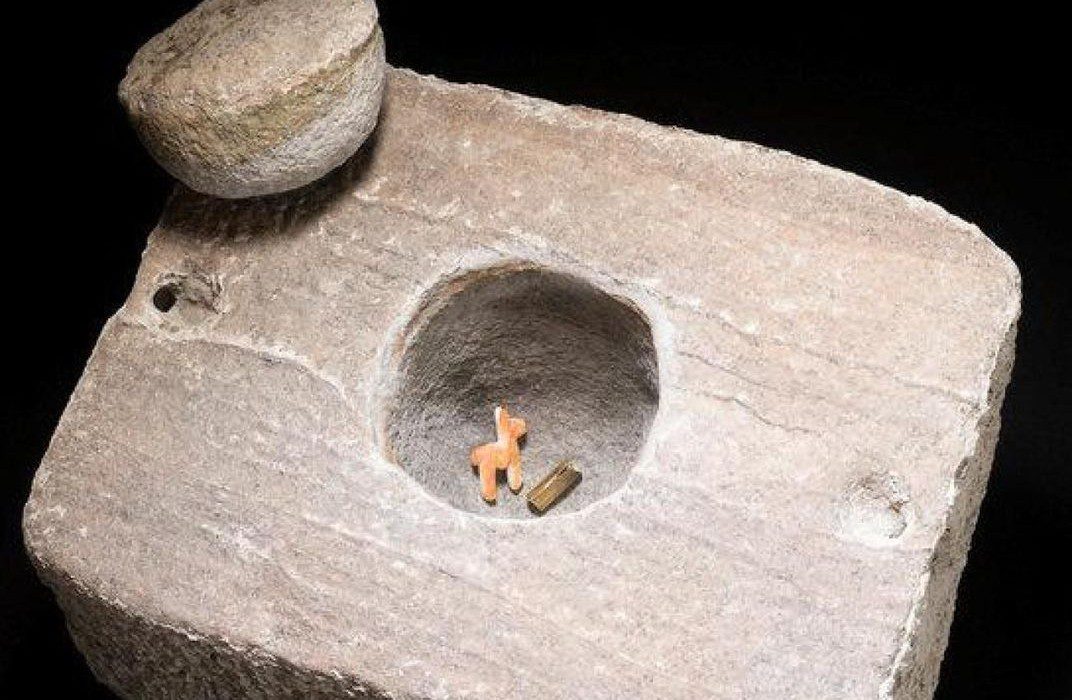 An international team of archaeologists found the Inca offering in the waters of Lake Titicaca, undisturbed for 500 years.

National Geographic highlights the discovery as published in the August 2020 issue of the academic journal, Antiquity. While surveying the waters of Lake Titicaca, the archaeologists found a container made out of volcanic stone (andesite) lying 18 feet below the surface.

Featuring a hollow round opening, covered by a stone plug, the box was discovered covered in sediment, proving it was untouched since it was deposited in the lake. The box measures 10 inches by 6.5 inches.

Inside, the archaeologists found a tiny sheet of gold rolled into a cylinder and a miniature llama made out of Spondylus, a rare and valuable oyster shell. According to the archaeologists, the gold cylinder could be a miniature version of the bracelets used by Inca noblemen, called chipana. For the Incas, the llama was a sacred animal sacrificed in important ceremonies (like Inti Raymi), and was used for carrying heavy loads.

A possible intention for the offering, according to the scientists, could be that it was a fertility plea for llamas and/or abundant harvests.

Spanish conquistadors and explorers throughout the centuries have been drawn to Lake Titicaca for the alleged bounty of Inca treasures buried underneath. Scientific expeditions have recovered more than two dozen stone boxes from the lake, according to National Geographic, but only four were preserved with their contents.

The Inca conquered the Lake Titicaca region which was occupied by the Tiwanaku culture between 200 B.C.-A.D. 1000. The lake was a sacred landscape for the Tiwanaku, and their beliefs were adopted by the Incas.