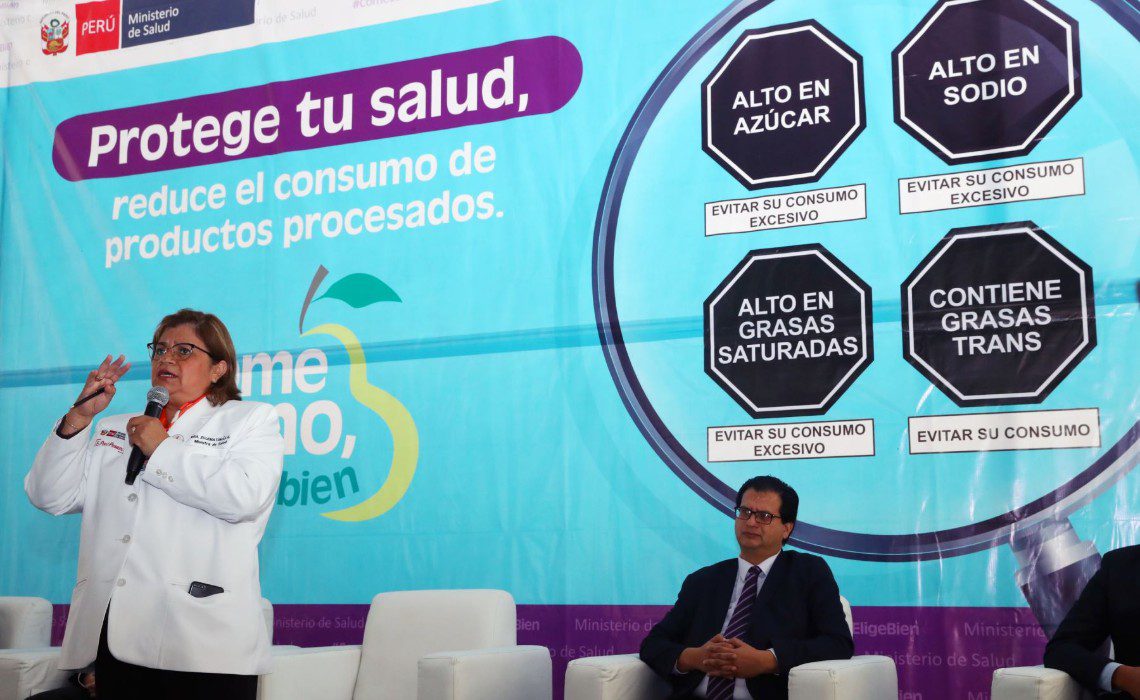 The UN recognized Peru’s use of the mandatory health label in the black octagonal shape, which helps prevent non-communicable diseases.

Peru wins award for its use of health labels at an event held during the United Nation’s General Assembly on September 23. The United Nation’s Interagency Task Force on noncommunicable diseases (UNIATF) announced its annual winners for public health, which recognizes government ministries and non-state actors that contribute to reducing, controlling and preventing non-communicable diseases.

Peru’s health ministry was recognized for its “outstanding contribution” in this area, according to Food Navigator Latam. Peru’s Health Minister Elizabeth Zulema Tomás accepted the award for Outstanding Ministries of Health, which was also awarded to 6 other entities across Latin America.

In June of this year, Peru put into practice the mandatory use of the health warning labeling on all processed foods that are high in saturated fats, sugar and sodium. The black label in the shape of an octagonal “stop” sign should be placed on the front packaging, and also in advertisements, in the upper right-hand corner. Peru passed the legislation back in 2013 but had not put into practice until this year.

Join our Patreon Community to support more content like this, and help us promote all the great things Peru has to offer!
food labelhealthhealth labelministry of healthnutritionPeruUnited Nations
FacebookTwitterWhatsappEmail