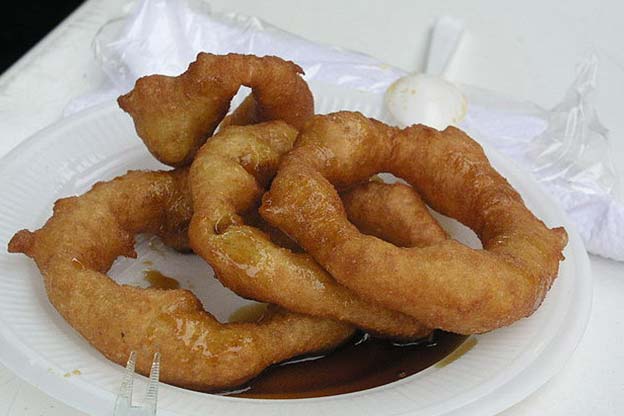 From the 14 to the 16th of December, the traditional Peru Mucho Gusto fair took place in the Mariscal Cáceres stadium in Tumbes where Peruvian food was showcased.

According to El Universo, 28,000 people attended, 10% of them being foreigners who wanted a taste of the Peruvian gastronomy.
“The 25 regions of Peru were summarized in 64 stands”, the aforementioned media explained, adding that this festival gathers every year the best culinary exponents to share with the visitors the best of its seasoning.

One of the participants who stood out were Miguel Córdova from El Sama Barranca restaurant who had a proposal of Peruvian nikkei fusion.

Also, El Tumi, who represented Lambayeque, in the district of Túcume and owned by Elena de la Cruz León, is known for recipes that include ancestral inputs.
“Ruth Lidia Calle Bracamonte, from the Moquegua Valley, represents Las Tinajas del Conde. Its kitchen is distinguished by wood-burning preparations”, they explained.

Peruvian Gastronomy Stood Out In Fair In Argentina

Join our Patreon Community to support more content like this, and help us promote all the great things Peru has to offer!
food fairgastronomymucho gustoperu gastronomyperu mucho gustoperuvian food fairperuvian gastronomy
FacebookTwitterWhatsappEmail

Have You Tried the Peruvian Version...