Aguadito de pollo is a traditional Peruvian soup that I learned to make many years ago after moving to Peru. This is a perfect recipe to make during the chilly winter months.

I have made aguadito de pollo both with chicken and with turkey, and both versions turned out wonderfully. I love the beautiful color of this soup created adding cilantro. If you do not like cilantro, this soup is probably not for you.

There are many variations of this soup. Aguadito de pavo (turkey) is very popular around the Christmas holidays in Peru. During the holidays, I remove all the meat from the turkey, shred it, and set the meat aside. I put the turkey carcass into a large soup pot along with the water and vegetables. If you want to save time, buy a whole cooked rotisserie chicken and remove all the meat from the carcass and shred the chicken meat to add into the soup later. My recipe below is more time consuming and rustic, but also more homemade. 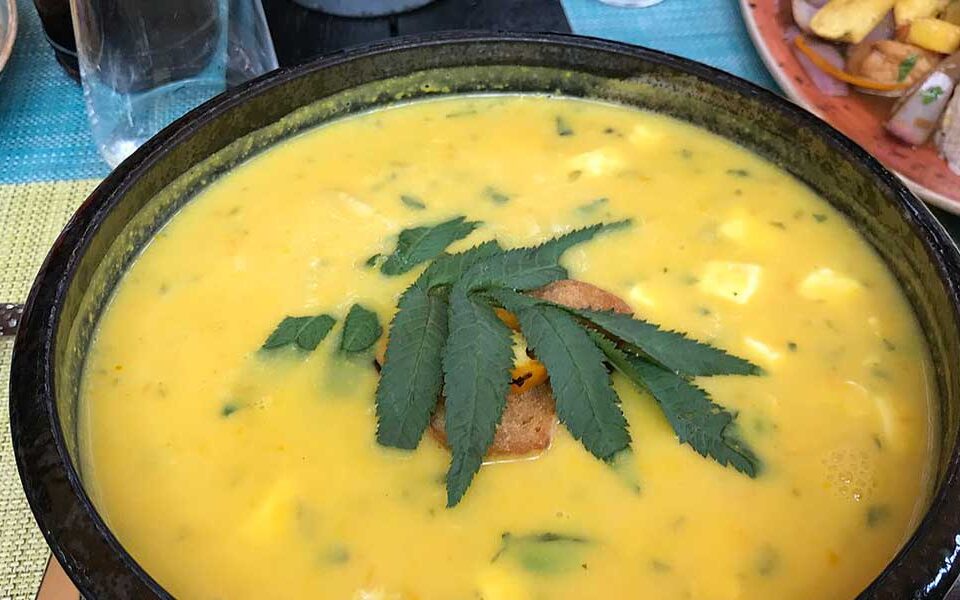 July 11, 2018
Peruvian avocados will star Kaypi Peru in the United States
Previous Article
12 Puno districts in state of emergency due to volcanic activity
Next Article