Three years ago the team of Traveling and Living in Peru first visited Ana Avellana a few months after they opened. From the moment I stepped through their doors, I felt a welcoming and warm vibe. The baker in me was also very pleased once I sampled the artisanal desserts in March of 2016. After that day I kept returning…and OFTEN!

I admit it! I am one of Ana Avellana’s biggest fans. So much so that I bring many of my visitors here, drive a long distance from my home in LaPunta just as an excuse to dine here, and many friends and family receive Ana Avellana gift cards from me as gifts.

In my article from a few years ago, I touched on Ana Luisa’s culinary experiences during her many years in New York City and Miami. Many of her baking inspirations came from some of her best memories in New York City, such as at the infamous Magnolia Bakery. The desserts at Ana Avellana continue to be influenced by American style desserts, but with Peruvian ingredients. This is probably one of the reasons I have always gravitated here.

Fast forward three years and Ana Avellana is going strong and is enjoying much success. It has become a very popular place to come among both expats and locals. Over the past 3 years, I have sat down often with my favorite baking goddess, the effervescent Ana Luisa Velarde, creator, and owner of Ana Avellana. Many of our conversations have revolved around restaurants, food, and of course our common bond…..baking and desserts. Our passion for baking pours out of us.

We sat down with Ana Luisa during our visit this month and spoke about Ana Avellana and its progress. Over the past three years, Ana Avellana has evolved from being a “baby” and perhaps now is a “teenager.” The decor has evolved and changed as have some of the menu items. Since opening, the decor at Ana Avellana has revamped slightly. It still has wonderful bright natural lighting due to their huge windows, plus the soft pastel walls and furniture colors, and the bohemian, shabby chic, vintage vibe going on, but now perhaps with a cleaner, fresher and more mature approach. New lamps, furniture, and paint have added to this freshness as well. The comfortable coziness at Ana Avellana is still one of its draws, besides, of course, their food.

One of the things I love about Ana Avellana is that they have kept the majority of their desserts and other menu items from the beginning, with just a few menu changes. It’s nice to return and order one of their good ol’ standbys. The day of our visit we sampled a few of their newer items as well as a couple of favorites.

The BTL (S/. 24), not to be confused with the BLT, is a more recent addition at Ana Avellana. The homemade toasted sesame seed bagel was generously filled with avocado, tomato, bacon, Brie cheese, and lettuce with a nice smear of basil aioli. This sandwich was accompanied by ultra-crispy potato chips (made on the premises). We loved it! I have sampled all of the other 6 sandwiches served at Ana Avellana over the past few years, including one of their other newer additions, their Turkey Club Wrap (S/. 28), an integral wrap filled with roasted turkey, Brie, bacon, French green beans, tomato, avocado and a cranberry aioli. Another winner. If you are a fan of roast beef, you must try their roast beef sandwich. Ana Avellana was one of the first places to serve a truly authentic medium rare roast beef sandwich, plus they roast the beef on their premises.

Ana Avellana serves breakfast (available all day), and their Huevos Benedictos (S/. 32) is one of their most popular dishes and one of my favorites. It is definitely one of the top Eggs Benedict dishes I have found in Lima. The Eggs Benedict here begins with their delicious artisanal plump English muffins topped off with slices of tomato and avocado, poached eggs, several strips of bacon, accented with a few sprigs of arugula and the final touch, a generous drizzling of hollandaise sauce.

At Ana Avellana 4 different tarts are available and I have sampled all of them (artichoke & asparagus, leek & smoked ham, and the mushroom & caramelized onion) often. The day of our visit, Ana Luisa chose the Tarta Queso Cabra, Tomato Confitado + Albahaca (S/. 21.5), a wonderfully homey and filling tart prepared with a generous amount of goat cheese with sun-dried tomatoes, fresh tomatoes, and basil. If you truly enjoy tomatoes, this is the ideal tart. All of the tarts are served with a small tossed salad.

One of the newer salads served at Ana Avellana is their Ensalada Cobb (S/. 30). We really enjoyed the combination of lettuce, quinoa, smoked turkey breast (roasted on the premises), avocado, cherry tomatoes, and blue cheese served with a simple vinaigrette. Besides this salad, they also have their Ensalada Garden, which is one of my personal favorites with mixed lettuces, beets, cucumber, artichoke, radish, cherry tomatoes, carrot, avocado, hard-boiled eggs, caramelized pecans, and a goat cheese toast.

After enjoying our savory items it was time to move on to the desserts. I wanted to sample two desserts that were not on the menu when Ana Avellana first opened up years ago. I had not yet tried them myself personally as well.

We first began with impressive Zambito (S/. 15.5), an ultra-decadent chocolate cake which was bathed in Nutella and topped off with a “mile-high” flambeed meringue. This is a great option for the many Nutella lovers out there, which I am not. But I still did enjoy this dessert, although I found it too rich for me, personally,

We also sampled a slice of the Red Velvet cake (S/. 10). This is one of the “old-time” vintage desserts widely considered a Southern recipe that was once popular in the U.S. and has made a resurgence not only in the U.S. but has become quite popular here in Lima. The combination of chocolate layer cake, layered with white cream cheese frosting is a hit. Many bakeries use red food coloring in their red velvet cake to get that reddish hue, but at Ana Avellana they use beetroot to get the red color. Traditionally, red velvet cake is prepared using cocoa, buttermilk, vinegar, butter, and flour. Of course, the frosting is the classic cream cheese frosting that compliments this dessert so well. Excellent version!

The last dessert we shared is one of the best sellers at Ana Avellana, “El Cheesecake” (S/. 20.5). It has been on the menu from the beginning. For me, it’s one of the best I have had in my 12 years here in Peru. I had not ordered it in several months so it was definitely time. First off, the slice served is very large (easily enough for 2, and maybe 3 people). Secondly, they don’t skimp on the amount of cream cheese they use. Thirdly, the creaminess and richness factor are definitely there! An authentic New York style cheesecake! The cheesecake at Ana Avellana is served with a sauce prepared with a berry coulis.

Besides the desserts mentioned above, there are at least 20 other dessert options. There are cookies, pies, various cakes and much more. A few “much mention” favorites would be their Key Lime Pie and Pecan Pie. The team of Traveling and Living in Peru are big fans of these. The Trufada is a must if you enjoy a dense chocolate flourless cake. The seasonal fruit pies are always quite popular too. I recently ordered a carryout slice of Apple Pie (S/. 12.5) for my husband and it was nothing short of spectacular. I admit I ate a couple of bites before he ate any.

One of my all-time favorites is their Choco Toffee (S/. 5.5). I always order several of these magnificent little shortbread tarts filled with 60% Peruvian organic chocolate, caramel and topped off with cacao nibs. It is decadent and so very satisfying!

When I think of Ana Avellana I also think of coffee. Every single time I stop into Ana Avellana I always order either a Cappuccino (S/. 8.9), Latte (S/. 8.9) or Cortado (S/. 6.9). Their coffee has always been excellent. Over the years they have occasionally switched their coffees to keep up with the high-quality Peruvian coffees available. Very recently they just began to serve a coffee roasted specifically for them by the award-winning Milimetrica Espresso Bar.

Besides the food and coffee at Ana Avellana, one of the integral keys to their success can be attributed to their friendly and cohesive staff. They operate like a well-oiled machine and without that “team spirit” and hard work, Ana Avellana would not be what it is today.

Ana Avellana is still one of my “happy places” because the desserts are baked from the heart. The desserts have continued to maintain the same excellent flavor and quality, as well as being authentic. Quality is a must for me and is always guaranteed at Ana Avellana.

You can catch Ana Luisa Velarde on her cooking show “Ana Avellana” on Alacocina TV. She has been on the show for 1 ½ years and will be beginning her sixth season soon.

During our visit, Ana Luisa hinted at some big surprises in store for April. I can’t wait. 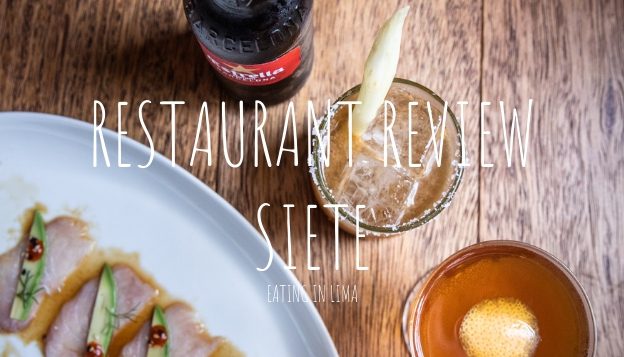 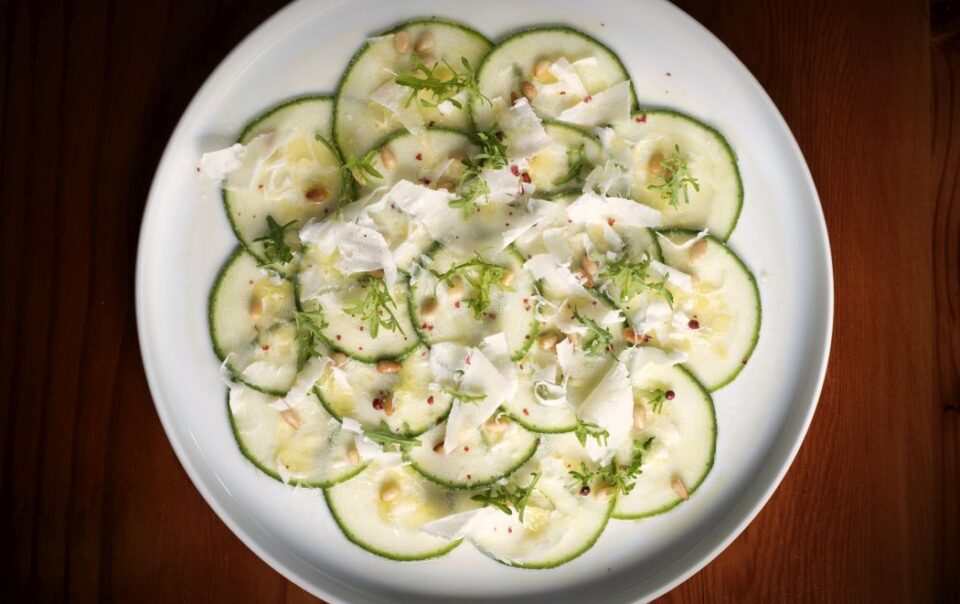 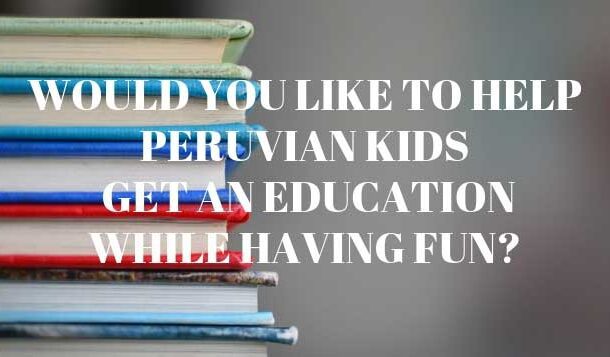 Would You Like to Help Peruvian Kids Get an Education While Having Fun?
Previous Article 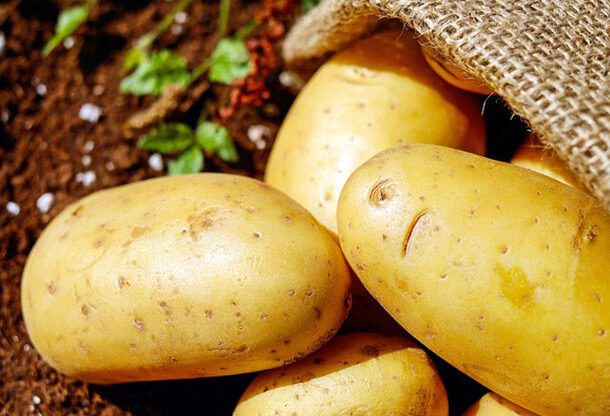