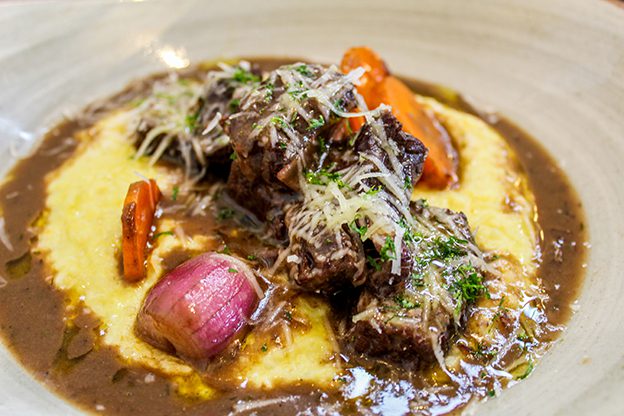 The classic Italian dining concept finds its way to Lima.


The Osteria is a restaurant concept that originated in Italy but made its way to many other pockets of the world. In my native New York, I know that going to an osteria means that I’ll be able to get authentic Italian food, with a regional focus and if I’m lucky, reflecting personal flourishes of the chef.
It’s a form of dining that encourages enjoyment of a meal, not pretension, aiming to offer a focused menu that is priced accessibly. Ubiquitous in many parts of the world, it’s easy to take for granted that it’s not a familiar concept here in Peru.

Trentino 114 Osteria, a restaurant that opened in Lima’s Magdalena neighborhood back in April of this year, aims to change that.

The mission and scope here is to create well-crafted dishes inspired by the chef’s Italian, Spanish and Peruvian roots. Born and raised in Lima, the chef, Emilio, spent a few years honing his skills in the United States and Spain before deciding to come back to Peru. His idea was to bring to Peruvians the idea of casual, but well prepared and thoughtful Italian inspired dishes, the plates you would find in a classic osteria.
And no, the purpose is not to start a trend, but rather offer a way of eating and dining that is very familiar and accessible in Italy and other cities long known for mainstreaming a more authentic version of Italian food. 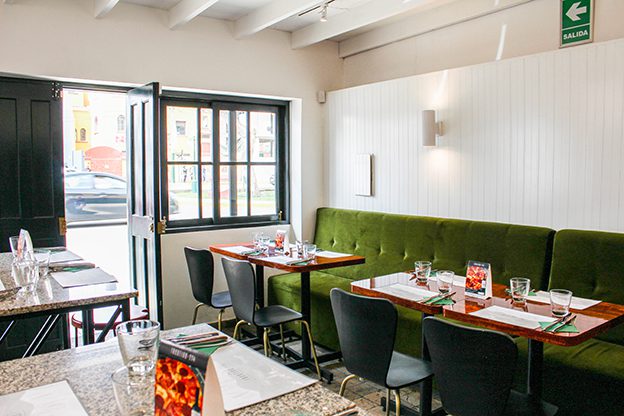 The restaurant’s design first drew my attention – the space itself has the look of a small osteria you would wander by on a random New York street, not on a busy stretch of Magdalena. You’ll likely note the cleanly designed interior, airy and bright during the day, glowing and intimate in the evening, as well as its understated familiarity.

Sure it stands out here in Lima, but it just wants to become your next favorite regular dining spot.

The menu consists of a selection of piqueos and pizzetas, which are designed for sharing, as well as pastas and more traditional entrees.
During lunch, my friend and I started off with a plate of the Pulpo a la griglia. Chunks of octopus joined cherry tomatoes, potatoes, asparagus, mushrooms, and peppery slices of chorizo in this dish, all components united by a generous chimichurri pesto. Served with slices of toasted bread, it was well flavored, rustic, and ideally crafted for sharing, although I did wish the pulpo, while not tough, was a touch more tender.
Emilio’s take on classic carpaccio is both inventive and well executed. Carpaccio andino de lomo, features jewel-toned fillet steak, pounded thin and drizzled over with smoked cheese and an emulsion of Andean herbs such as muña and huacatay. The nod to Peruvian ingredients could have gone the wrong way but ultimately adds a delectable freshness that made this my favorite appetizer.
I was also a fan of the Conchas a la Peperonata. They’re a bit old-school, but when they’re prepared as well as these, using fresh scallops and a touch of melted grana padano, and lightened with chopped peppers or a very delectable pesto made of cilantro, they are hard not to devour. 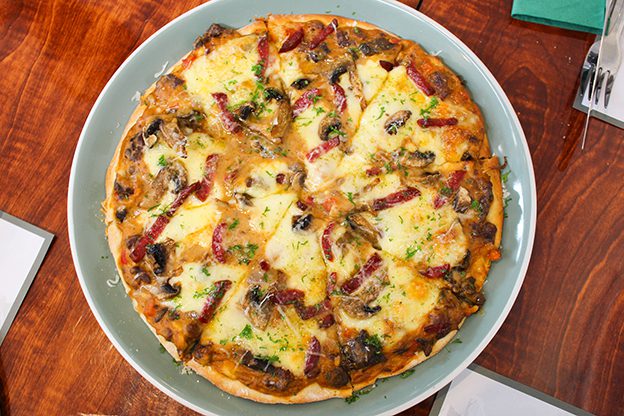 We tried one version of the pizzetas, the Funghi y Manzo, and although I appreciated the attempt at originality with the inclusion of a well prepared classic bolognese, drizzled over the substantial layer of cheese, slivers of smoked chorizo and mushrooms, it was ultimately heavy handed. While the flavors played right, the thin crust, made in house, was lost under the weight of the ingredients.
If I were you, I would save room for the exceptional Arrosto Trentino, featuring short ribs with creamed choclo, carrots and baby onions. Here’s where Emilio’s nod to his dual roots really pays off. You have tender short ribs, slow cooked in red wine paired with, in place of the more traditional polenta, a pepián, or blended crema of choclo. A touch sweet, due to the juice of the corn and a touch of milk, but also a tad spicy, thanks to an almost hidden touch of ají amarillo, it was the perfect bed for the stew’s brothy juices. 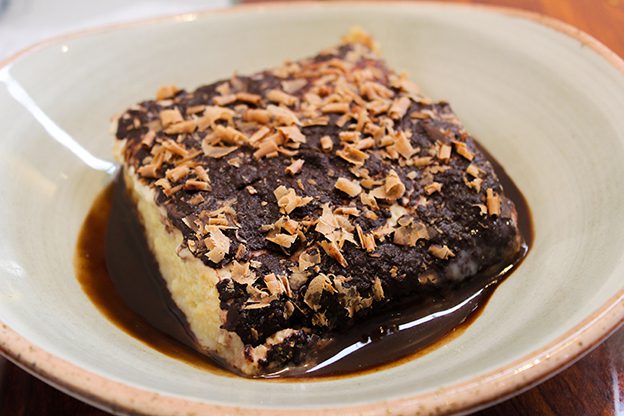 Dessert is also noteworthy. Admittedly, the chef is not trying to break down barriers. He’s just clever, as demonstrated by the Tres Leches Trentino.

He clearly appreciates the traditional milky cake, like any good Peruvian, but decides to combine it with the best components of the Italian classic – tiramisu. The right amount of mascarpone is added as a delicate layer atop the spongy cake, arguably an improvement over the standard tiramisu base of ladyfingers and cream. Melted semisweet chocolate formed a delectable pool for the cake, which was also covered with shavings of bitter chocolate. I’m surprised that this fusion of both desserts isn’t more common – the bitter chocolate tapers the richly milky sweetness in a combination that just works.
And this is largely what I could say about Trentino 114 Osteria as a whole. It works well within its boundaries – a simple menu, well-sourced ingredients, modest space, relatively accessible pricing, and the attentiveness of a chef cooking the food he knows best. The fact that it is situated in the chef’s home neighborhood of Magdalena, and not San Isidro or Miraflores, only adds to its authenticity.
Piqueos: S/ 25 – S/ 31
Pizzetas: S/ 27 – S/ 28
Fondos: S/ 28 – S/ 36
Postres: S/ 18
Italian and Spanish wines priced at S/ 15 by the class or S/ 65-86 for the bottle.
Trentino 114 Osteria
Javier Prado Oeste 114
Magdalena Del Mar, Lima

Recipe: How to Make Pasta with Peruvian Huancaina Sauce