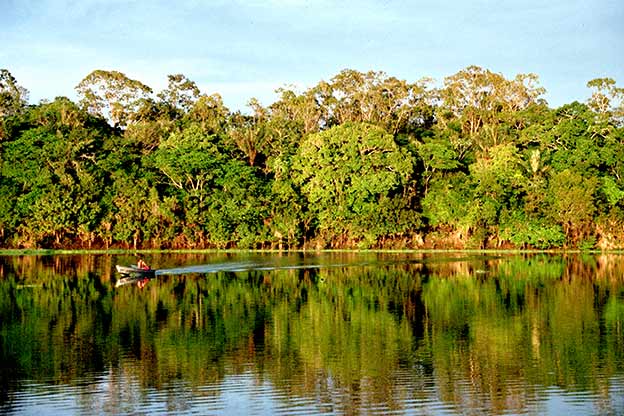 On June 5, 2009, a violent confrontation took place between the law enforcement forces and the Awajún and Wampis tribes in Curva del Diablo, an area located around the city of Bagua, in the department of Amazonas.

The State sought to end the 55-day blockade of the Fernando Belaunde highway, a protest measure adopted by the local indigenous population in response to a series of legislative decrees promoted within the free trade agreement with the United States.

From the perspective of the Executive Power, these decrees were necessary to improve the investment environment and diversify development options in areas such as the Amazon. From the perspective of the indigenous people, the decrees were received with great concern and distrust, because they saw in them not only a threat to the integrity of their territories but also risks to their ancestral ways of life. Why? In indigenous cosmovisions, the territory is not only a productive asset but also a fundamental part of the culture, of the reproduction as a society and as a source of ethnic pride.

Thirty-three Peruvians lost their lives in the “Baguazo”, including 23 policemen and 10 indigenous people. Although this situation had been included in the Monthly Report on Social Conflicts of the Ombudsman’s Office since March 2008 -that is, 15 months before its outbreak-, insufficient efforts were made to avoid this tragic escalation. Perhaps it would have been possible to avoid this outcome if the decision-makers in Lima took local perceptions and concerns seriously, usually underestimated.

The “Baguazo” evidenced the enormous distances, not only geographical but above all cultural, between Lima and the Amazon, the most misunderstood region by public policies and on which a series of prejudices persist in Peruvian society (among the most harmful is the one that indicates the Indians as idlers). Since the beginning of the Republic, the relationship between the State and the Amazon has been marked by a strong extractive agenda oriented to the global market, which has gone from enclave economies such as rubber in the 19th century to oil and gas in our times. This has had important implications in the national imaginary: we think more about the Amazon as a source of resources to be extracted in the name of national development than as a place where it is urgent to create well-being and expand the opportunities of its inhabitants, including indigenous peoples. Although the concern for climate change has generated greater interest in the situation of the Amazon, we are still far from having a sustainable development proposal that responds not only to global and national priorities but also to local needs.

In the course of the last decade, important advances have been made in legislation, such as the law of prior consultation and several guidelines referring to the intercultural adaptation of public services; however, important implementation challenges persist. On the other hand, progress has been made in closing gaps in coverage of basic services and social programs and productive programs have been expanded in indigenous communities.

Join our Patreon Community to support more content like this, and help us promote all the great things Peru has to offer!
baguazotribes
FacebookTwitterWhatsappEmail