The Great Lima Earthquake of 1746

Less than three centuries ago, a destructive Lima earthquake provoked much reform (not to mention the rebuilding) of the City of Kings.

It is October 27, 1746. A Friday evening, 10:30 PM, with a full moon. If you are in Lima, you might be saying your prayers and getting ready for bed. Perhaps you are a member of the Viceroy Manso de Velasco’s household working late, or a member of Lima’s wealthy upper class—you or one of your lovers dressed in the latest French fashion. Maybe you are a bored soldier guarding the port of Callao, just outside of Lima, staring out at the placid ocean. Everything is quiet, although earlier in the afternoon some of Lima’s citizens spoke of an eerie wind rising up from the northeast accompanied by a darkening sky. An omen some said. Then it happened.

In less than six minutes, Lima was struck by one of the world’s greatest earthquakes. Measuring between 8.6 and 8.8, the magnitude of the Lima earthquake damaged or destroyed 74 churches and left only 25 of the original 3,000 houses standing. While most people escaped with their lives, some 1,000 citizens were killed in the city, the ‘City of Kings.’

What happened in Callao, however, was far worse. After thirty minutes, our bored soldier would have seen a huge tsunami—a 50-foot-high wave—rushing towards him, killing most of the port’s 5,000 inhabitants.

The total number of casualties, including those from the tsunami, was almost 6,000. Some chroniclers give higher figures for Lima, partly due to the inclusion of the effects of subsequent epidemics which took the lives of a further 4,000 citizens.

All in all, the Lima earthquake affected an area of about 44,000 square kilometres and it was felt up to 750 km (about 465 miles) away. One eye witness, the Jesuit, Father Pedro Lozano, described what he saw at Callao:

Some towers resisted its first attack, and a part of the walls; but half an hour after, when the inhabitants were starting to breathe and recover, the sea rose, it rose to an incredible height and it was precipitated by a loud noise over the ground, submerging the largest ships that were in the harbour, and lifting some others above the walls and towers, it carried them beyond the town…it is impossible to distinguish the place where the city used to be, except for the two large doors and some large wall paintings that still exist.

When the sun rose the following morning, it was clear that the city and the port would need to be completely relocated or rebuilt. Viceroy Manso de Velasco constructed a camp in the Plaza Mayor next to the cathedral and toured the city on horseback to examine the destruction, coordinate emergency efforts, and make sure that looters were imprisoned or executed.

He set to work organizing the rebuilding of water canals, bread ovens and the burial of those crushed by buildings. He removed debris from the streets and rebuilt the Viceroy Palace and Cathedral.

History shows us that great catastrophes such as this can lead to lasting social and cultural change. The Black Death which ravished Europe in the 14th century, for example, resulted in a huge need for labour. No longer could the aristocracy rely on indentured workers, prompting the surviving workforce to demand payment for their labour. It contributed to the end of feudalism.  Disasters, in other words, also have the potential to bring conflicts and social inequalities to the surface.

It was no less in Lima, where the post-earthquake struggle to rebuild the city opened up a struggle between conservatives and reformers about what constituted this City of Kings, particularly in a time of the Renaissance.

Lima was known as a city where women had a strong sense of independence. Some believed, for example, that the earthquake and the subsequent tsunami were divine acts of retribution for the sight of female necklines, increasingly shorter sleeves, and skirts above the ankle. Others cast the blame more widely, saying it was the neglect of the poor, greed and usury, lust, and women’s vanity that had brought down the disaster upon the heads of this dissolute colony.

Even the reforming Viceroy suggested he wanted to reign in the city’s baroque excesses and tame the city’s notoriously independent women. To his great surprise, however, almost everyone objected to his plan, sparking widespread debate about political power and urbanism. Questions were asked about ‘religious’ and ‘secular’ spaces, and in particular the influence of the Catholic Church. Interestingly, similar debates would follow the massive earthquake that hit Lisbon nine years later.

Natural disasters, it seems, unleash more than just physical destruction, but also ideas about society and the intersections of class, race, gender and religion. The very definition of an ordered society. When we think of Peruvian independence occurring in the 19th century, it is worth remembering that Lima was exhibiting its cultural and social independence much earlier.

As in Lisbon in 1755, or in Haiti in 2010, there were discussions about relocating Lima inland. This never happened. It would be too expensive and, significantly, Spain wouldn’t pay for it. They said it would lead to juridical problems, but more importantly, it might lead to a loss of control of the slaves and the indigenous people who saw the earthquake as an opportunity to press for change.

In one of the best books on the disaster, “Shaky Colonialism: The 1746 Earthquake-Tsunami in Lima, Peru, and Its Long Aftermath,” Charles Walker discusses the correspondence between the Viceroy of Lima and the Marquis of Ensenada in Madrid. (Watch video at end of article to hear more from the author.) Lima would receive no sympathy or aid from the Spanish. In fact, in 1748, Ensenada went as far as to request more money to be sent from disaster-struck Peru. So, the Viceroy decided to leave the capital where it was and to rebuild. This major reconstruction was led by the French scientist Louis Godin.

Godin had come to South America as a part of a French expedition to measure the shape of the Earth but stayed behind in Lima until 1751 when he was appointed Professor of Mathematics. He quickly presented a new building code and laid out plans that stressed all new buildings should be limited to one story and of a maximum four to five meters tall. The streets should be made wider and public spaces larger. The hardest resistance to the plans came from the upper-class, as the new code of only one story would lower them to the level of the common people. Ironically, taller buildings would have increased their own vulnerability to future earthquakes. But the measures taken by the Viceroy and Godin were successful, and many of Lima’s buildings were rebuilt after a decade.

Every October, local citizens celebrate the survival and reconstruction of their city that followed the great Lima earthquake of 1746 . But it is not just the physical reconstruction of Lima we celebrate. For many, the survival of a particular religious icon symbolises the spirit of the city—and, I would suggest, the resilience of its people since 1746.

Called the Lord of Miracles (Señor de los Milagros) the image—painted on a wall during the 17th century by an African slave—survived the earthquake (and two previous earthquakes). Today it is paraded through the city’s streets during the latter half of October. In the main plaza of Lima, the image is acknowledged by the President of Peru, the Mayor of Lima, and the Archbishop in their respective buildings. The predominant colour for the procession and the habits of the faithful is purple.

Though there have been greater losses of life in subsequent earthquakes, what happened in Lima and Callao on that October night, some 284 years ago, not only shook up Lima, but put the spotlight on the freedoms, values and practices the city holds dear. Long may they continue. 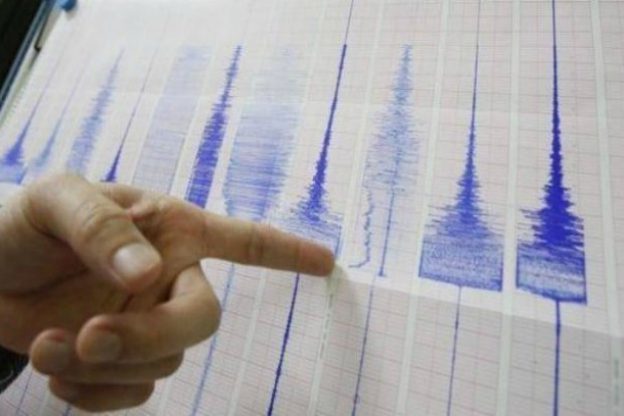 An Earthquake of 4 degrees Registered in Ayacucho

On Shaky Ground: We Need to Be Prepared For Earthquakes in Peru (Opinion)

Señor de los Milagros: The Peruvian Tradition of the Lord of Miracles
Next Article