The Story of the Peruvian Flag

Peru celebrates national flag day on June 7th. Let’s dive into the story and symbolism behind the Peruvian flag.

Although the Peru flag boasts different variations, its history still remains the same. We break down the colors and the symbolism behind each aspect of the flag.

Meaning behind the Peruvian flag colors

Why do Peru flag colors include red and white? One story tells that its creator chose those colors after he saw flamingos with red wings and white chests.

True or not, we do know that the first official version of the Peruvian flag was designed by its liberator: José de San Martín.

From October of 1820 onward, the fierce red with white has remained the base of the Peruvian flag.

The Peruvian Coat of Arms

Since 1825, the Peruvian Coat of Arms has been placed on the white center of the flag. Together, the three images on the flag represent the flora, fauna and mineral wealth of Peru.

The Symbolism of the Vicuña, Tree and Cornucopia

On the Peru Coat of Arms is depicted the vicuña, a tree and the cornucopia. Below we explain more about each.

The Vicuña – The Altiplano

As the vicuña is the national animal of Peru, it is proudly featured as the first element on the shield.

As a matter of fact, in 1964, the vicuña was in danger of extinction. There was only a population of 25,000 left. They were hunted down for their wool, which is one of the most expensive fibers in the world.

The Peruvian government took action and handed the ownership of the wild vicuñas over to the local indigenous communities, among other initiatives. Nowadays, the vicuñas are no longer on the endangered species list.

The Cinchona Tree – The Amazon

Reading up on the Cinchona Tree, one will understand why it is featured on the Peruvian flag. It is one of the most important rainforest discoveries.

Legend has it that back in 1638, the Count of Cinchon’s wife was cured of a malaria-like fever through the use of the bark of this tree, thus explaining the name of the tree: Cinchona.

Native Peruvian healers used the cinchona tree bark to treat fever, malaria, and indigestion. Moreover, using the quinine of the bark is an authentic Peruvian way to outsmart the potential nasty effects of a mosquito bite.

Visit Machu Picchu with this deal

Even today, the bark is still an important source of quinine and is used for various medicines.

Also, do you like gin and tonic? Apparently, the signature bitter taste of the tonic originates from the quinine of the Cinchona tree.

The Cornucopia – All of Peru

The third element of the shield is a nod to Greek Mythology, where a cornucopia symbolizes ‘the horn of plenty.’

On the Peruvian flag, the horn is portrayed overflowing with coins. This stands for the abundance of mineral resources in Peru.

Peru is one of the world’s largest producers of gold, copper, tin, zinc, and silver. Mineral commodities account for more than 60% of Peruvian exports.

Originally, the ‘horn of plenty’ was pictured as a hollow goat’s horn overflowing with fruit, grains, vegetables or drinks in endless supply. Given the richness of Peru’s biodiversity and agricultural production and export, the cornucopia emblem deservedly belongs as the third element on the Peruvian flag.

On Peru’s Independence Day and on national holidays, every home and building has to fly the Peruvian flag by law.

When you see the flag with the Peruvian Coat of Arms pictured at the center, that is the official state flag. You will see that one at every government building.

When Peru participated in the World Cup for the first time in 36 long years back in 2018, the Peruvian flag could be seen everywhere.

There were even informal Peru-Russia versions of the flag with the vicuña replaced by a football, the cinchona tree replaced by a Peruvian football jersey, and the cornucopia replaced by the Estadio Nacional, the setting where Peru beat New Zealand and earned their place in the World Cup 2018.

So, on Flag Day, June 7th, raise your Peruvian flag with a newfound understanding of what each element means.

This article has been revised and updated from its original version written by Cissy van der Meer on June 7, 2018. 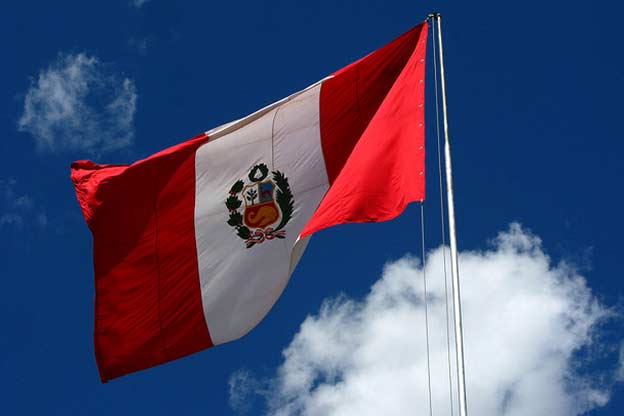 Peru’s War of Independence #1: The Campaigns of San Martín 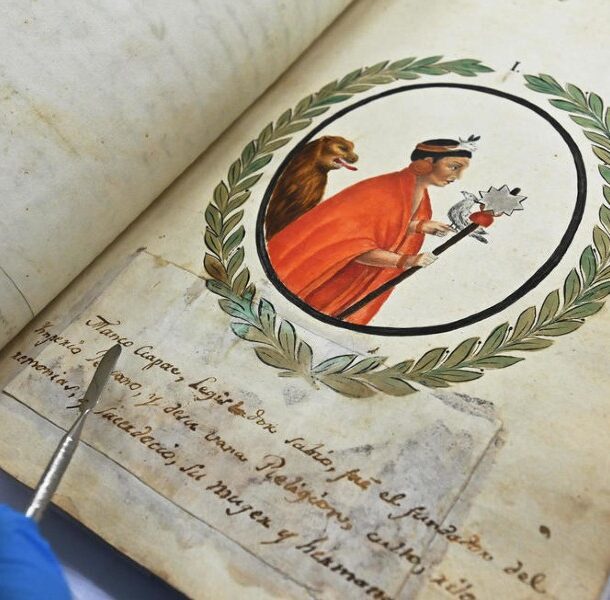