Don’t miss a thing! This list of what to see at Machu Picchu reveals the ancient Inca citadel to be entwined with astrology, nature and spirituality.

An architectural gem tucked in the cloud forest of the Peruvian Andes, Machu Picchu has become a favorite destination for travelers from all over the world. The 15th century citadel is a sight to behold though its true significance goes deeper than surface level. In order to appreciate the elements of astrology, nature and spirituality, here’s a guide of what to see at Machu Picchu.

Just be sure to check out the video at the end of this article to really understand the immensity of the ancient citadel.

How has Machu Picchu managed to withstand nearly five centuries of rain, earthquakes and the pounding footsteps of tourists? Much respect is owed to the foresight of building a solid foundation. In order to have a secure base for this Sacred Valley site, portions of land had to be flattened and underground retaining walls placed to provide additional support.

Collected from rockfalls kilometers away from the sacred site, granite dating back to 246 million years ago was used to build the citadel.

Architects and engineers watched over stonemasons who tirelessly cut the granite into the smooth dry-stones tourists see today. An ingenious system was created to transport the stones (many of which weigh up more than 100 metric tons) across land, river and up thousands of meters. Once atop Machu Picchu, the stones were stacked on top one another to create sacred temples, housing and more.

Perhaps the most astonishing feat (besides the transportation of the rocks) is that the stones were cut so precisely that they fit together without any binding agent. Not even the numerous and sizable earthquakes over the years have been able to cause the snug rocks to tumble.

Sundials and stargazing: Advances in astronomy

During construction, observatories were included in the layout of Machu Picchu. Stonemasons shaped these structures to observe the movements of celestial beings. This ingenious culture saw that astronomical knowledge was vital for improved agricultural output.

Let it be remembered that Machu Picchu dates back to the mid 15th century. The Inca interest in and studies of astronomy were far advanced for their time.

Located at the highest point of the Inca citadel is Intihuatana, the sundial. Carved from one piece of solid rock and standing nearly two meters high, this stone clock casts a shadow that moves along with the sun. By tracking the sun, the summer and winter solstice could be measured. Meaning “hitching post of the Sun” in Quechua, the Intihuatana was strategically located in order to worship the Hanan Pacha (world above). It is commonly referred to as the heart of Machu Picchu.

Tourists can reach this point by passing through the Sacred Plaza and up a series of 78 stone steps.

Also known as the House of the Ayamayocc, the watchman’s hut sticks out like a manicured thumb. Situated next to the cemetery and just a five-minute walk from the entrance to Machu Picchu, this small yet attractive structure has one of the best views. From the hut’s terrace, visitors can look out across the citadel to the neighboring mountain, Huayna Picchu.

A retreat for Inca nobility and their families, Machu Picchu also served as an important site to worship. There are numerous temples in this architectural gem. The Principal Temple obviously had great importance, but the two most iconic temples are Temple of the Three Windows and Temple of the Sun.

Temple of the Three Windows

This temple is recognized for having the largest windows of any Inca monument. Located just northeast of the citadel’s Sacred Plaza, the Temple of the Three Windows lies in the royal sector. The three windows rest on one of the three temple walls and face the rising sun.

While theories have tried to answer why there are three windows, one rock in the temple does reveal a story. Carved images show the three levels of the Andean world: Hanan Pacha (the heavens), Kay Pacha (the earth), and Uku Pacha (the underground).

Temple of the Sun

Located in the urban sector, this curved temple was used to honor Inti, the Sun god. It has windows facing east and west and may have been used as an astronomical observatory. During winter (June 21) and summer solstice (December 22), sunlight flows in through the east-facing windows and radiates across the ceremonial stone that this temple was built upon.

Tourists are not able to enter this temple, however its beauty can easily be admired from beyond. In fact, Hiram Bingham, often credited as bringing Machu Picchu to the world’s attention, was particularly impressed by the walls. The American explorer said they were the most beautiful in all of the Americas.

Below the Temple of the Sun is the stunning Royal Tomb. Built almost entirely out of one large granite stone, this curved tomb is considered the most important in all of Machu Picchu. The carving of smaller rocks to fit the natural curvature of the larger stones is exceptional.

A gap between a section of the wall and the staircase of six steps that hugs the entrance allows light to seep in. This has caused researchers to believe the space served as a chapel or place of worship rather than burial site. Not to mention, no mummies have ever been found.

Natural elements were highly regarded by the Incas, and an advanced water system was integrated into the Inca citadel.

Knowledge of hydraulic engineering had been developed by pre-Incan cultures. The water supply at Machu Picchu relies on a spring to the north of the citadel. The Incas built a canal at a slight slope to allow water to descend through the agricultural sector and into the urban sector. The flow of water is carried down a series of 16 fountains known as the Stairway of Fountains.

Cascading across 180 feet of staggered stone, at a vertical drop of 65 feet, the system was extremely efficient. The public had access to all but one fountain, which was reserved for the emperor.

Due to extensive rainfall, the Incas needed various drainage systems. Holes and drainage systems can be seen throughout the buildings and stairways of Machu Picchu. As well, the countless agricultural terraces served dual purpose by preventing erosion.

Inca Residence and Imperial Tomb: From rule to rest

Unsurprisingly, the Inca palace is the finest example of housing at Machu Picchu. Coincidentally, it has many elements that contemporary home buyers seek: two chambers, a terrace for viewing the rising sun and a garage (a corral for camelids, in the case of the Incas).

Located in front of the Temple of the Sun, this residence has easy access to the ruler’s exclusive fountain. This is where Pachacuti Inca Yupanqui, the ninth Inca ruler, would have stayed.

In 2012, a French explorer discovered what is likely the resting place of Pachacuti (also referred to as Pachacutec). Though tourists are restricted from accessing this chamber, guides can point to it while passing through the urban sector. Said to be full of skeletons, a gold-plated staircase and other treasures, the tomb is located some 20 meters underground.

Trapezoidal doorways and windows are a lovely detail that mark the site as belonging to the Inca culture. Throughout Machu Picchu there is a sprinkling of double jamb doorways—whereby a recessed lip was hugged by the outer trapezoid door. It is believed that only high-ranking members were allowed to pass through these doors.

Such doors appear in the Intellectual sector (leading to rooms of contemplation), the Acllahuasi (the living quarters of the women who served the citadel) and Temple of the Sun (in the form of a window, overlooking the main fountain).

All photos from Pixabay unless otherwise stated 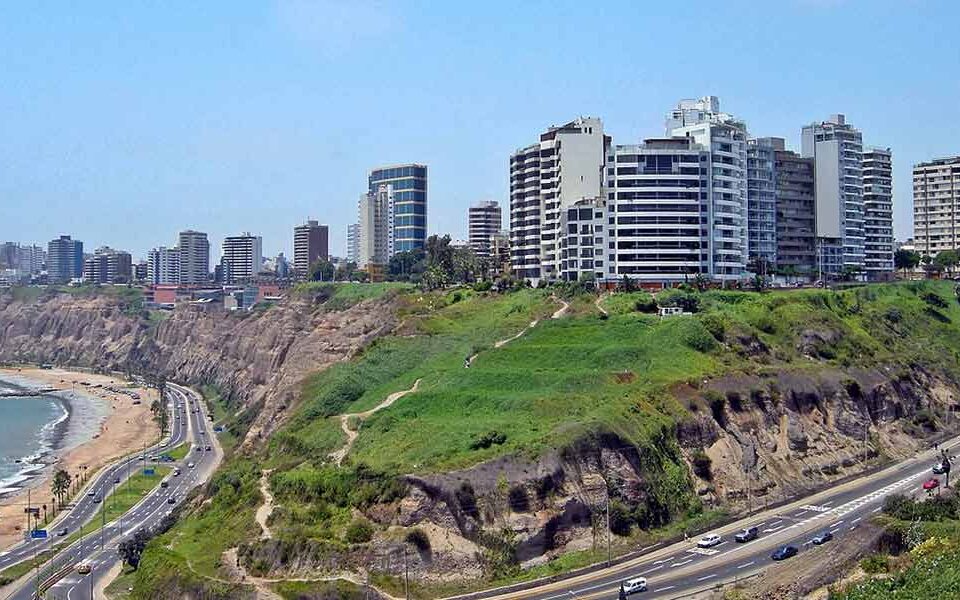 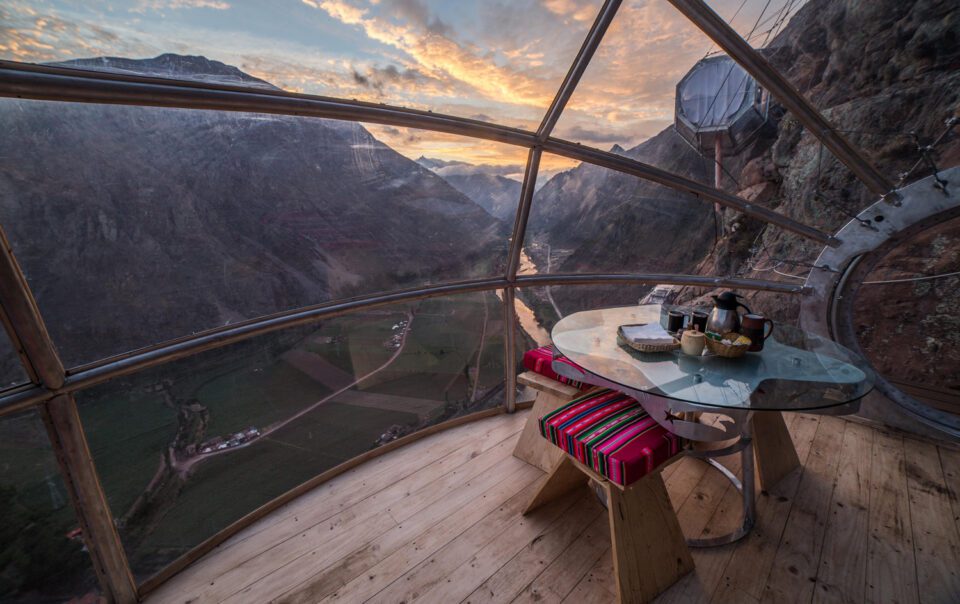 […] international publications would have it, Peru’s history is often summed up with mention of Machu Picchu, the Inca culture and not much else. But so many preceding cultures have played a major role in […] 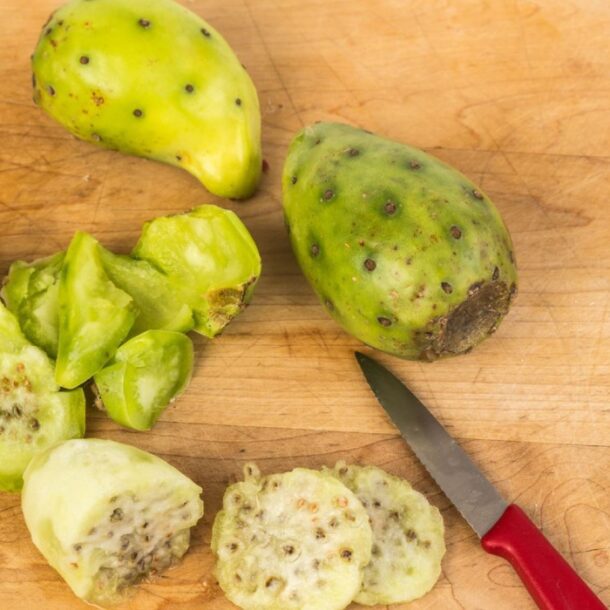 The Qhapaq Ñan Trail: Rediscovering the Footsteps of the Incas
Next Article