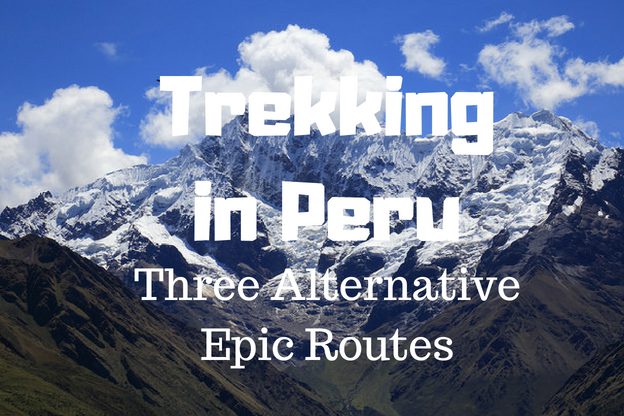 If you are an independent adventurer, check out these alternative Andean routes. In their unique ways, each of these treks will bring you into contact with unspoiled nature, traditional indigenous communities, and beautiful archeological remains. 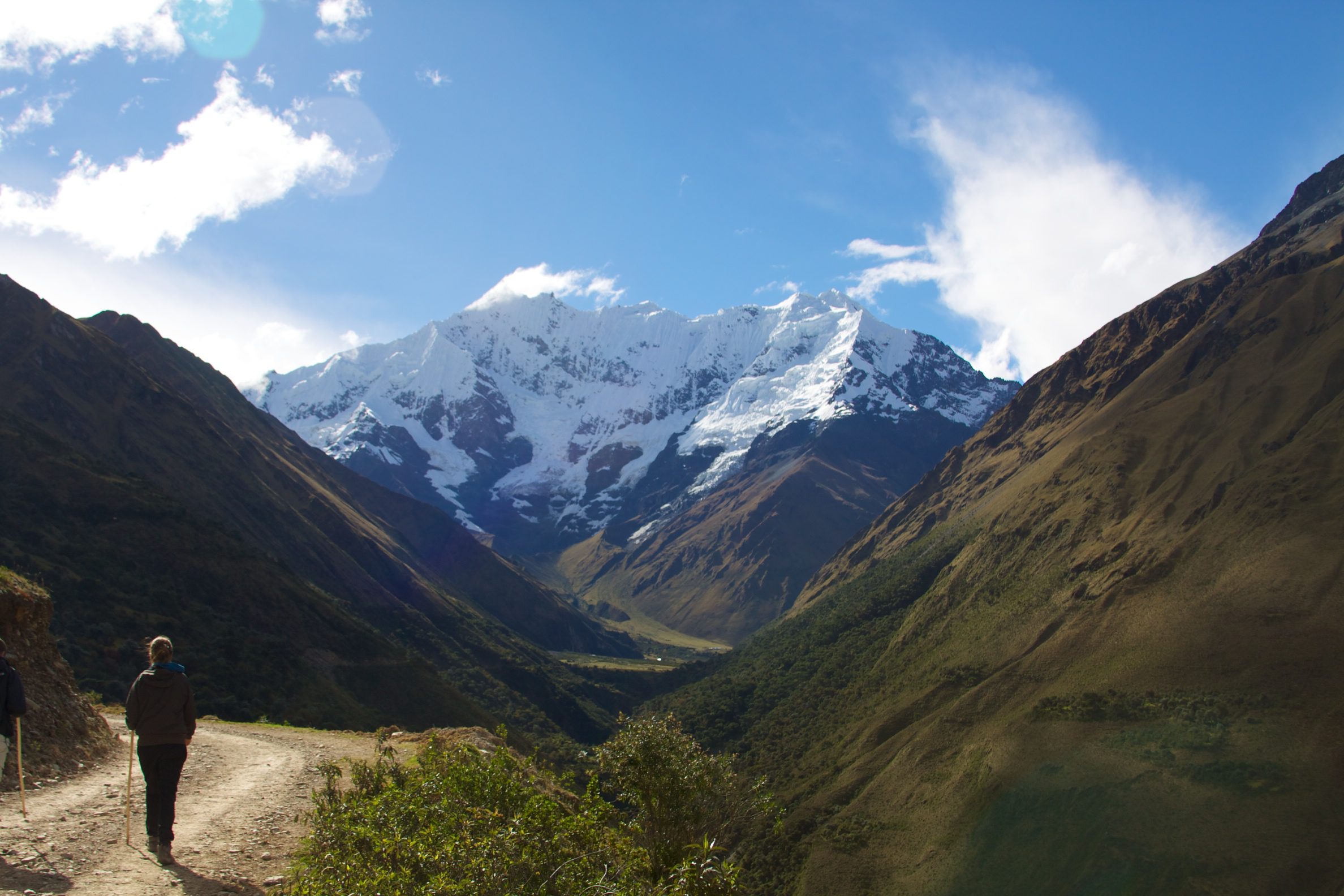 If you are leaving from Cusco, you’ll be traveling South on the Inter-Oceanic Highway in the direction of Abancay. The trip will take you across the plains of Anta, which is known to be the bread-basket of the imperial city. You’ll then descend into the Apurimac river valley, where temperatures are noticeably warmer than Cusco. Though the Apurimac valley is where people typically start the Salkantay trek, there is also a possibility of starting from a place known as Soraypampa in order to add a bit of length to the trip. 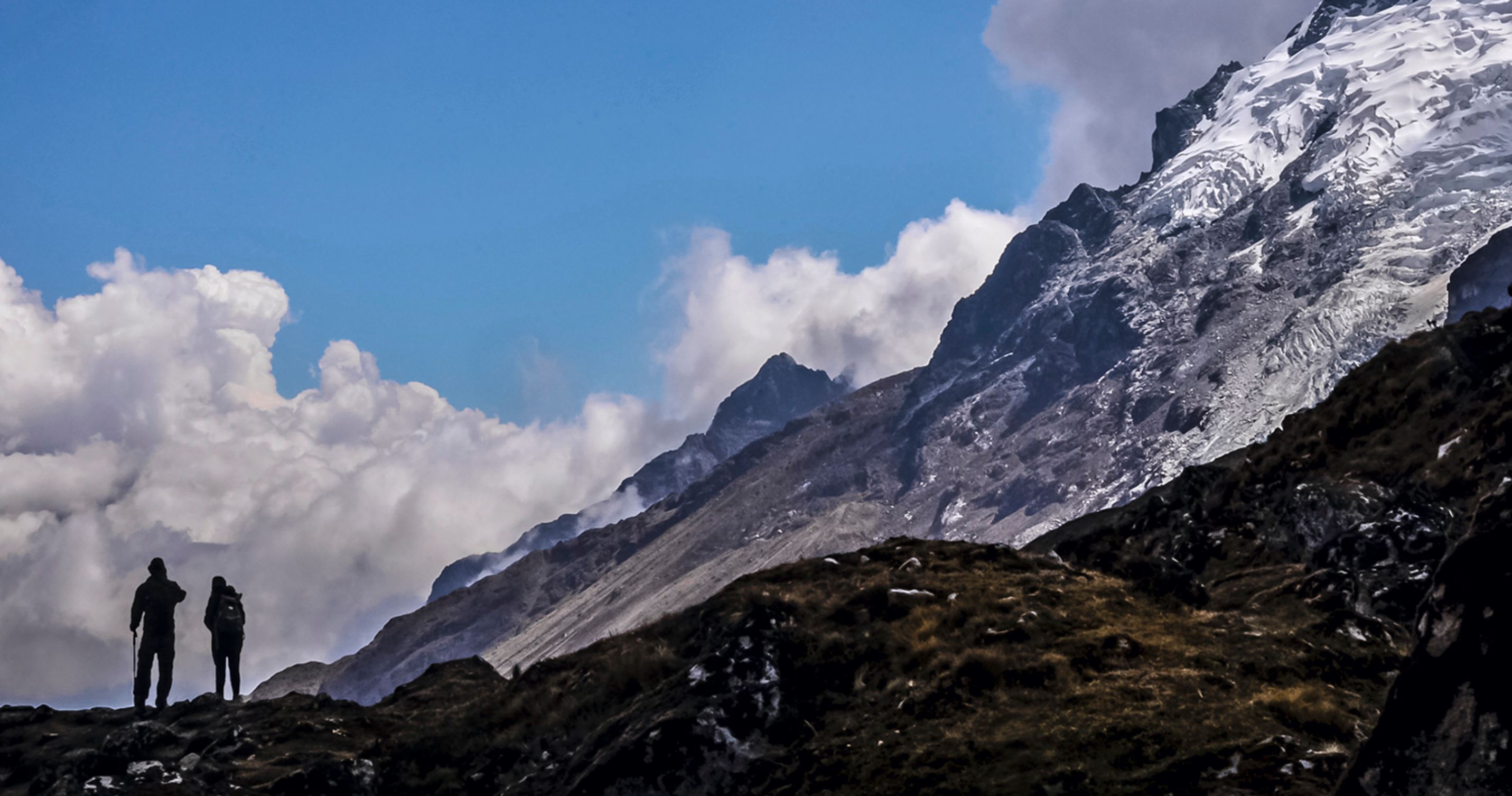 Salkantay is the second highest mountain in Cusco region, and its name, salqa, means wild in Quechua. During the first day of this hike, you’ll see Salkantay in the distance while you gradually ascend to Salkantaypampa (4,100 m.a.s.l.), where most people set up camp and spend their first night. The site is on a rocky plateau, surrounded by snow-capped mountains. The area is spacious and adequately protected. On the second day, you’ll be making a five-hour trek across Salkantaycasa pass (4,600 meters). With the elevation gain, you’ll notice changes to the landscape. The ichu grass gradually disappears, and you’ll see more black rock formations, and patches of snow.

After this ascent, you’ll spend the rest of your trek descending into lush jungle, and through diverse ecosystems. The ichu gives way to plants such as orchids and heliconias. You’ll notice multitudes of birds, such as the renouned Cock-of-the-Rocks, and you might even catch a sighting of the rare Andean Speckled Bear. The trail passes into the Machu Picchu Historic Sanctuary, as well as the Choquequirao Regional Conservation Area. At the end of the trek, near the town of Santa Theresa, you can soak in the hot springs of Cocalmayo. And if you’re feeling adventurous, there even zip lines nearby.

Choquequirao: The Road to the Jungle 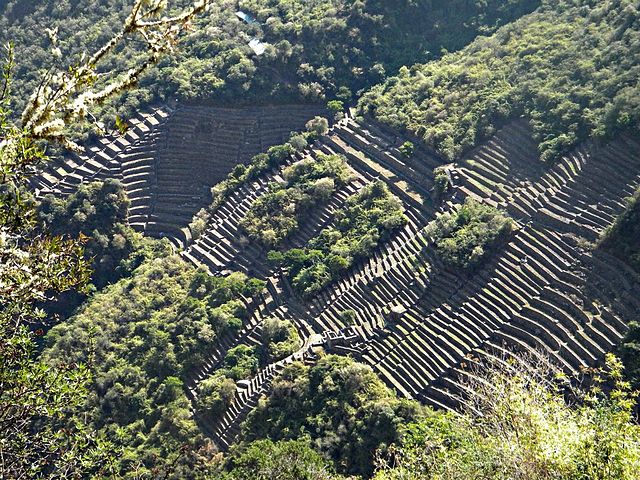 This route crosses the foothills of Mount Salkantay, in a drier and warmer environment, defined by the Apurimac river and its deep canyons. The most popular starting point is at Cachora, reached from the Southern Inter-Ocean Highway at the turn-off located near Curahuasi and Saywite.

Curahuasi, a wide and vivid-green valley, produces the best anise in Peru, and at harvest time the scent of this sweet seed fills the air. Saywite, on the other hand, is a mysterious archaeological site that is worth a visit. Though the hillsides of Saywite are covered with temples and ruins, the main reason people come is to see a giant boulder that has been extensively sculped with hundreds of strange designs and shapes. Many of the designs on this boulder were undoubtedly influenced by the geography, flora and fauna, spirituality, and cosmovision of ancient Andean people.

Choquequirao: a bit of context

The construction of Choquequirao was apparently ordered by Inca Pachacutec in the mid 15th Century, to protect the Inca empire from attacks of the rebellious Chancas. The fortress also served as a strategic access and link between the Andeas and the jungle. It was the 18th century Peruvian explorer Juan Arias Diaz Topete who was the first chronicler to make mention of Choquequirao. There were a handful of Peruvian and Eurepean-led expeditions to Choquequirao during the 19th and early 20th century, but it wasn’t until 1975 when a path was finally cleared for tourists to make the trip. Despite the fact that it’s been visited for hundreds of years by daring explorers, the ruins of Choquequirao still have the feel of being raw, rugged, and still unknown. Only a small portion of the fortress has been excavated, with the rest claimed still by jungle.

You can make the trip to Choquequirao and back in four days. You’ll see condors, which soar over the magical canyons that you’ll be trekking across. This is a low altitude trek compared to the other well-known hiking routes in the Cusco area. The lowest camp is at 1,930 meters, and the highest point is at Choquequirao, which has an elevation of 3,035 meters. 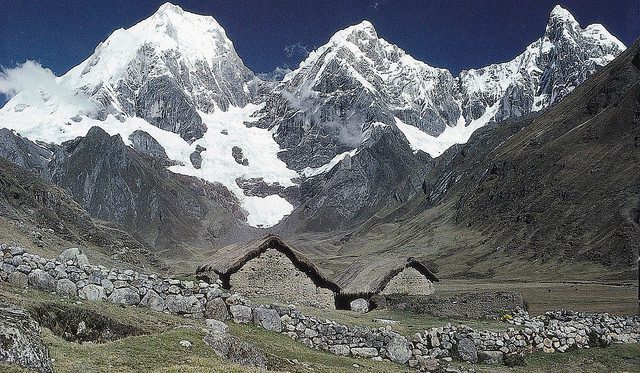 The Cordillera Blanca, in the central highlands in the Department of Ancash, is the main destination for lovers of adventure. Peru’s two highest mountain peaks, Huascaran (6,746 metres) and Yerupaja (6,617 metres), are located on the Cordillera Blanca.

One of the best known routes in the Cordillera Blanca is that of the Huayhuash Range, a demanding trek that crosses high and beautiful terrain, and takes twelve days time. The main access is through Huaraz. From here you travel to Cuartelwain in order to get to the starting point.  Along the route of the trek are extensive forests of queuñas, a native to the region that grows at a higher altitude than any other tree on the planet. There are also numerous glaciers that feed into nearly fifty lakes. With good reason, the Cordillera Huayhuash has been declared a Protected Zone within Peru’s system of natural protected areas.

Before taking this trek you need to be in excellent physical shape and spend a few days acclimatizing for the elevations. The average altitude on the trail is 4,000 meters, and the maximum (at Cuyoc pass) is 5,010. Several tour operators also offer shorter treks, lasting from four to eight days, for those who do not want to cover the complete circuit of 120 kilometers.

During the walk, you cross nine mountain passes at altitudes of 4,300 to 5,010 meters, as well as the Siula Grande glacier. You spend the night in the Cutatambo valley, and alongside lakes and thermal springs, such as those at Viconga. You also visit communities of shepherds near the tourist trail, whose members act as guides, porters, and cooks.

HIKING THROUGH THE HIGHLANDS OF LAMBAYEQUE

CUSCO: LLAMAPACK REVIVES COMMUNITY AND HIKING IN THE REGION

Join our Patreon Community to support more content like this, and help us promote all the great things Peru has to offer!
Andeschoquequiraocordillera blancohikingmount salkantaytrekking
FacebookTwitterWhatsappEmail