by Traveling and Living in Peru January 3, 2020 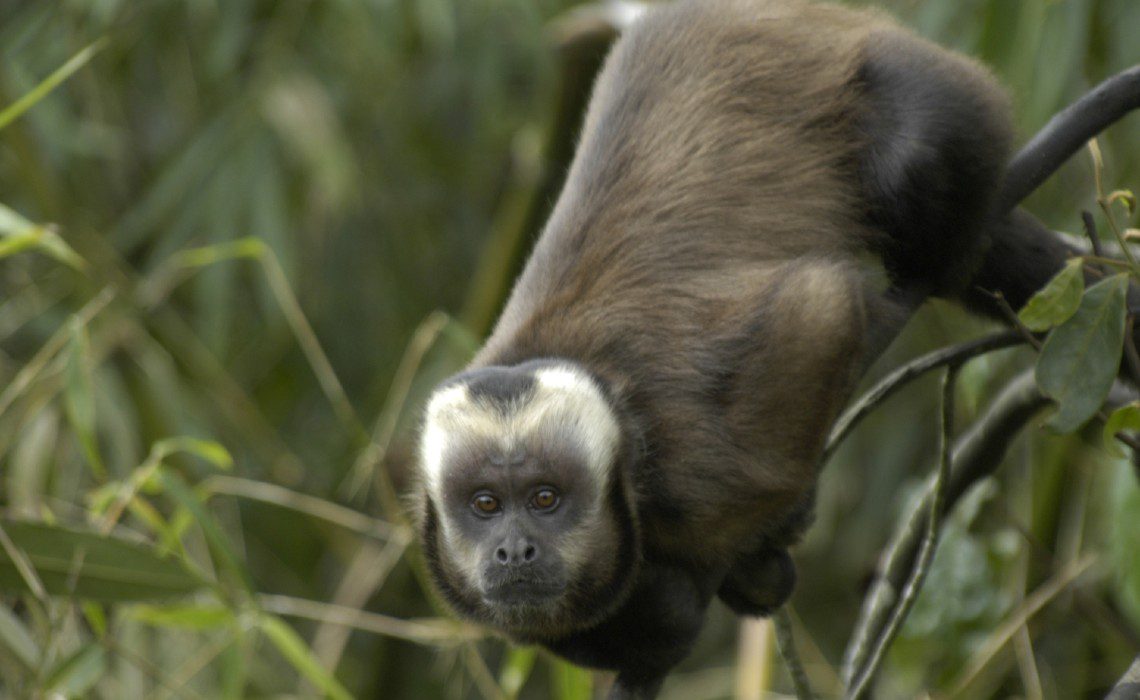 The Large-headed capuchin monkey was spotted by National Service of Natural Protected Areas (SERNANP) rangers leading up to the Machu Picchu Sanctuary.

The furry specimen, a subspecies of the capuchin monkey, was spotted just a few days before ringing in the new year, 2020. Rangers guarding the Wiñay Huayna site along the Inca Trail saw the monkey just a few feet away from them, at an elevation of 2,648 meters above sea level, according to Andina. The archeological site is just 3.3 km from the entrance to Machu Picchu.

Capuchin monkeys are native to and can be found throughout rainforests in Central and South America. According to information provided by SERNANP, the large-headed capuchin monkey was regularly seen on the Inca Trail path and Machu Picchu Sanctuary area in the 1970s. Specifically in the areas of “Mandor, Santa Teresa, and even Quillabamba,” says a SERNANP biologist.

The withdrawal of the species from the area is unclear, but specialists will now be monitoring its presence within the Machu Picchu Sanctuary, which spans 32,592 hectares. The capuchin monkey species usually travels in groups of up to 14 and the goal is to see if more monkeys have arrived to the area.

Join our Patreon Community to support more content like this, and help us promote all the great things Peru has to offer!
Amazon rainforestcapuchin monkeyCuscoenvironmentlarge-headed capuchin monkeyMachu Picchumachu picchu sanctuarymonkeysnative speciesPeru
FacebookTwitterWhatsappEmail