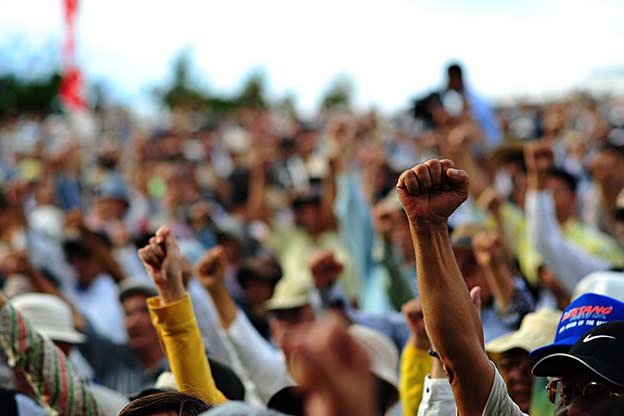 The streets of Peru filled with protesters that demanded the resignation of the Attorney General, Pedro Gonzalo Chávarry after he dismissed prosecutors José Domingo Pérez and Rafael Vela, who are investigating the Lava Jato case in Peru.

According to Caracol, Chávarry “resumed them on Wednesday in the wake of criticism and demonstrations calling for his resignation, including accusations of covering up political leaders investigated by the Odebrecht case”.

The protests began in Plaza San Martín and culminated in the headquarters of the Office of the Public Prosecutor, in the center of Lima.

One of the consequences of José Domingo Pérez’s dismissal was that the signing of a judicial collaboration agreement between the Brazilian company Odebrecht and the tax team of the Lava Jato case in Peru, which was scheduled for January 11, was postponed.
“It is not going to take place on the 11th, and I can’t give a new date”, Pérez told Gestión yesterday. “I understand that this is being managed or coordinated by Dr. Rafael Vela Barba precisely with the company and the various people involved, such as the Attorney General’s Office, they are going to intervene in this act,” he continued.

Join our Patreon Community to support more content like this, and help us promote all the great things Peru has to offer!
attorney generalinvestigationLava Jatomoney launderingOdebrechtpedro chávarryprosecutionprosecutors
FacebookTwitterWhatsappEmail