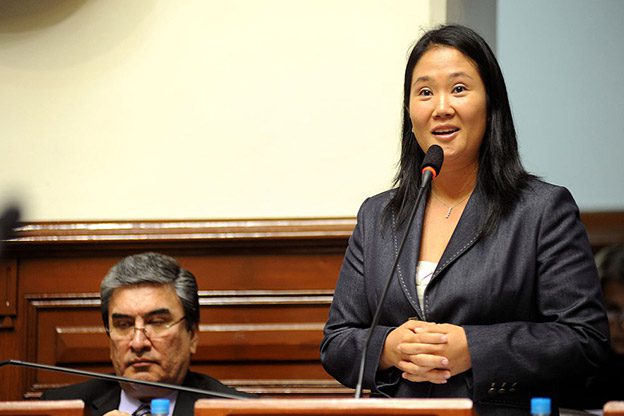 Last Tuesday, Keiko Fujimori’s lawyer filed an appeal against the 36-month prison sentence that was determined as a preventive measure while her investigation on money laundering is carried on.

This sentence would bury her chances for running for President in 2021, France 24 explained.

“Fujimori was jailed last week pending the outcome of a multimillion-dollar corruption probe that has rocked Peruvian politics”, the aforementioned media said, adding that “her lawyer, Giuliana Loza, told reporters the application lodged with the court was ‘well supported and detailed’ and responded ‘to each of the points made’ by Judge Richard Concepcion Carhuancho in his ruling”.

Therefore, the defense is seeking to get an appeal within two weeks. She is currently accused of accepting $1.2 million US dollars illicitly from the Brazilian construction company Odebrecht when she was running for President in 2011.

If convicted, Fujimori could face 20 years in prison.

Judge Carhuancho also said that there is a “serious suspicion” that Fujimori was running a criminal organization and that there is a risk of her leaving the country, which is why preventive detention is needed in her case.

Keiko Fujimori Is Sent Back To Jail

Join our Patreon Community to support more content like this, and help us promote all the great things Peru has to offer!
appealcrimefujimoriinvestigationjailjustiveKeiko Fujimorimoney launderingOdebrechtprison
FacebookTwitterWhatsappEmail