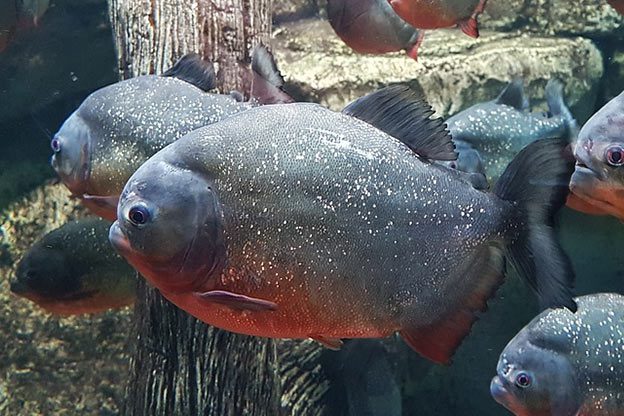 Virgilio Martínez, a recognized Peruvian chef who was voted Best Chef in the World last year and owner of several restaurants in the world, including Central in Lima, was stopped in the Las Angeles airport (LAX) in California, United States when he tried to enter 40 piranhas.

According to information that Los Angeles Times published, this took place last week when the chef arrived in the city to cook dinners at Somni and at Vespertine as part of the Los Angeles Times’ “month-long food festival Food Bowl”.

In Peru cooking piranhas is common, and Martínez has included this fish in several recipes he offers at Central. Therefore, he decided to bring some vacuum-sealed with him to cook at these events.

However, officers at LAX were worried about the content in his bags and “panicked” when they opened them to see what was inside. Five hours later, after a long interrogation process, Martínez was finally allowed in the country with the piranhas.

“For Martinez, carrying that bag out of LAX was more than worth the hassle. Because of the airport ordeal, he wasn’t able to dine at Vespertine, but he was able to use the meat from the piranhas to make a salad while cooking at the restaurant the following evening. And at Somni, he dried the piranha skins and served them in the piranha heads”, Los Angeles Times revealed.

Join our Patreon Community to support more content like this, and help us promote all the great things Peru has to offer!
los angelespiranhasVirgilio Martínez
FacebookTwitterWhatsappEmail

5 Best Restaurants in Cusco, According...