Top Stories
Travel Updates: Coronavirus (COVID-19) Outbreak in Peru
Peruvian Products with Intense Flavors for Curious Foodies
I Went to Machu Picchu During COVID-19 and...
5 Things to Know About Panetón: A Peruvian...
Visiting Ayacucho? What to Know and Do for...
Zig Zag Restaurant in Arequipa: A Fusion of...
The Complete Travel Guide to Visiting Arequipa: What...
Pezcadores: Delicious seafood off the beaten path in...
Peruvian Recipe: How to Make a Warm and...
7 Attractions in the Amazonas Region of Peru...
Home Puno The Pre-Columbian Cultures of Peru’s High Plateau (Puno and Beyond)
PunoTraveling in Peru 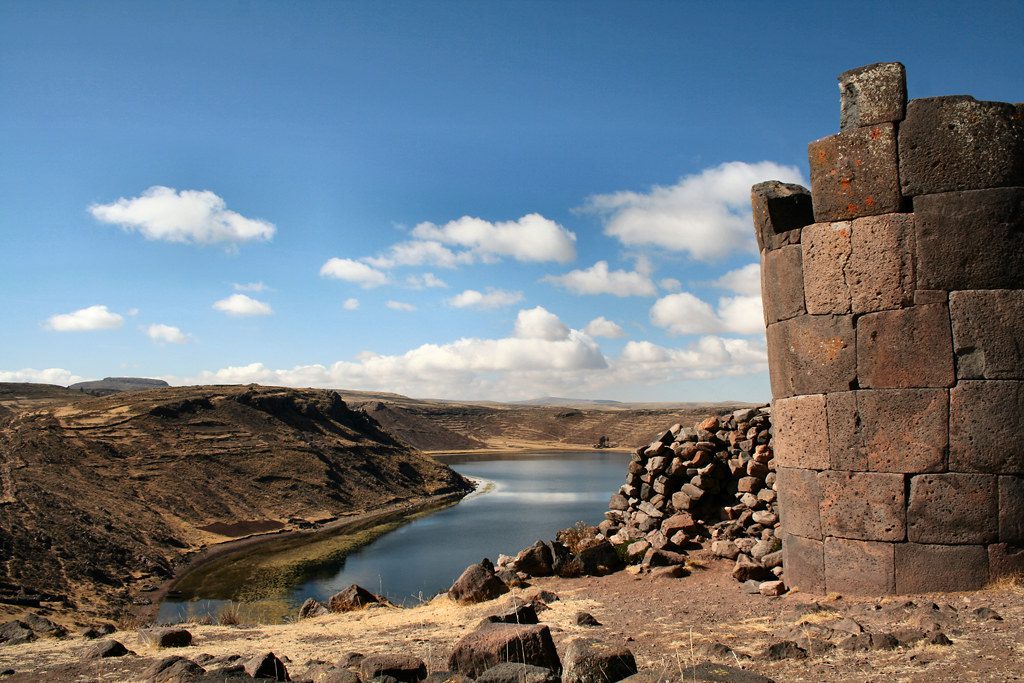 For thousands of years, the cultures of Peru’s high plateau thrived in harsh surroundings, leaving evidence of their rich culture throughout the land.

Around 60 million years ago, the rising of the Andean mountain range created a vast lake at 3850 meters above sea level, covering what is now Lakes Titicaca, Umayo (the Uyuni salt flat in Bolivia) as well as other vast areas of the highlands of Puno.

The people of Peru’s high plateau

Since then, there is a long history in which nature and culture have walked hand in hand. There is evidence of human existence dating back ten thousand years.

The rise of civilization

Initially there were small groups of hunters who lived in the immediate vicinity of the lake. Later on, these people built up societies that bred alpacas and llamas and cultivated crops such as the potato and quinoa. Thus, Titicaca became one of the most important civilized centers in Peru.

It is the place in which, according to ancient legend, two gods named Mama Ocllo and Manco Capác appeared from the waters, eventually laying the foundations of Cusco and the Inca Empire. Read more on that legend here.

The kingdoms of the high plateau

The decline of these cultures gave rise to the kingdoms of the high plateau that were situated in different areas around the lake. One of these is the Collas, known for the chullpas – large stone structures or funerary cylindrical towers – located in Sillustani off the shores of Lake Umayo (northwest of Puno city). Another is the Lupacas, who occupied the areas of Juli, Pomata and Chucuito. These kingdoms reigned until the mid XV century, when the Incas conquered them.

Like its islands, the people of the Uros culture are isolated from the rest of the local culture. According to researchers, the Uros people have Amazonian origins and their location on the floating islands of totora was a defense strategy against the Inca’s attempts to conquer them.

Between 400 B.C. and 600 A.D., Pucará was the most important culture of the high plateau. The center of this civilization can be found in the archaeological site of the same name located in Bolivia, where the Kalasaya Fortress is renowned.

During the same period as the Pucará culture, the Tihuanaco culture flourished in the region. Today, you can visit the Sun Gate (Puerta del Sol), and other large, carved monoliths that remain.

The Layacota Mines were discovered in 1657. Spaniards, and the trade prompted by their arrival, motivated the creation of the Spanish-run settlement of San Luis del Alba. Conflicts between the Spanish and local, as a result of inhumane working conditions, gave rise to a visit from the Viceroy, the Count of Lemos, who subsequently flattened the settlement and formed the city of Villa Rica de San Carlos de Puno in 1666.

Beginning in the middle of the sixteenth century, Dominicans and Jesuits rose up against the imposing churches of the South that had been created by the Spanish in Juli, Pomata, Llave and Chucuito.

Today, the churches of Juli are renowned for their rich paintings of Bernardo Bitti (Italian painter of the XVI century). These churches were the starting point for the conversion to Christianity of inhabitants in the Amazon region, Bolivia and Paraguay, and the production center for grammar and catechisms in local dialects that were created by the followers of Ignacio de Loyola.

Not to be missed attractions in Puno:

Not to be missed attractions in the Puno surroundings:

7 Attractions in the Amazonas Region...