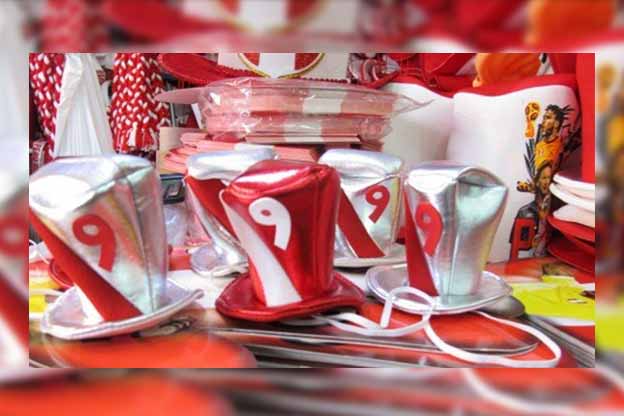 The World Cup fever in Peru increases every day. With the participation of the national team for the first time in 36 years and the news of the captain Paolo Guerrero allowed to play, Peruvians have a great interest in acquiring souvenirs.

According to the president of the Association of Medium Importers of Peru (Aimpe) of Mesa Redonda, Roberto Díaz, the estimated sales will be of $400 million US dollars this year.
“This campaign began in January of this year, and has taken place in parallel with other campaigns such as the beginning of the school and Mother’s Day, the latter being the second most important campaign of the year”, Gestión wrote on Friday.

Díaz believes that the average purchase will be lower than 100 Soles per person. Souvenirs such as key chains, glasses, caps, balls, are some of the most popular options for fans.

“With the news of Paolo Guerrero, sales are going to rise more this week, especially in the next two games. People buy gifts for family and friends, and they carry additional accessories,” Díaz said, according to Gestión.
He also informed that the purchases made in recent months have been on items in red and white, which have then been adapted, but in the previous cases has been an exclusive production for Peru.

Paolo Guerrero Can Play At The World Cup

Get Your Own Number 12 T-Shirt!

Peru Leaves For Europe After A Victory Against Scotland

Join our Patreon Community to support more content like this, and help us promote all the great things Peru has to offer!
FIFARussiasoccersouvenirsworld cup
FacebookTwitterWhatsappEmail

7 Things To Do in Miraflores...