The Chachapoyas Mummies You will Find in the Museum of Leymebamba

Learn about the Museum of Leymebamba, which houses hundreds of Chachapoyas mummies that were recovered from the nearby Laguna de Los Condores, or Lagoon of the Condors.

Read this interview with Adriana Von Hagen, a Peruvian journalist, researcher, and one of the main developers of the acclaimed Museum of Leymebamba.

A bit about the area and its history

In Peru’s northeast region, located between the mountains and the jungle – lies the department of Amazonas, an extensive territory once dominated by the Chachapoyas people, often referred to as “the people of the clouds.” In this region, you’ll find stunning architectural complexes, such as the fortress of Kuélap, a stone structure dating back to the year 1000 AD.

Among the most surprising Chachapoya finds are the tombs of Leymebamba, near the Laguna de Los Condores, where hundreds of mummies were buried in six chullpas (stone funerary towers).

Tell us, how did you get to Leymebamba, in the Chachapoyas province?

I’ve been living between Lima and Chachapoyas for the last 15 years, and I also travel constantly to other places. I settled there while working on the investigations after the mummies were found and I participated in the creation of the museum, across from which I built a house.

The people who would come visit always needed somewhere to stay, and thus the Kentitambo Hummingbird Inn was born, with its two rooms available for small groups. It was conceived with the help of Lima architects as an extension to my house. Someday we’ll expand. The KentiCafé is open and currently functions as the museum’s café.

How has the experience of working in Leymebamba been for you?

It’s been an incredible experience. I work with local people, many of whom had never seen bathrooms with hot water before they began working here. They are trained to work in houses, and the hotel is virtually an extension of a house. It has not been difficult to train them. The food that we offer is all made with local ingredients and most of it is harvested from our very own vegetable garden.

The fieldwork and archeological investigations have been difficult. We had to move in and out on mules. When I arrived, there was only one phone and very limited Internet access. I was the only person using the internet at the time (1997). The area has seen a lot of progress. We have more amenities, like taxis for example. We are much more connected.

What has been the biggest challenge with the museum?

The financing is expensive. Recently, the influx of tourists has dropped because the route from Cajamarca – the main access route to Leymebamba – is closed. Tourists usually visit Chachapoyas, the Gocta waterfalls and Kuélap, but if they only have a few days, they don’t end up making it to Leymebamba. Without access to Cajamarca we lose tourists who are enjoying the local circuit

Why is the discovery of the tombs in the Laguna de Los Condores important in terms of better understanding the Chachapoyas culture?

In cultural terms, the discovery of the mummies has no precedent. The organic matter has been amazingly preserved. Before the discovery – partly because of the difficult access to the area – it was thought that the Chachapoyas were a smaller, isolated culture. What we know now is that they played an important role within the Incan empire.

They were the trade suppliers of the resources found in the lower-jungle areas, like feathers, honey, and vegetable-based dyes. Evidence of their contact with other cultures prior to the Incan period has also been found.

How were the mummies found?

In the 1990’s, grave robbers and cattle farmers saw the chullpa on the other side of the Laguna de Los Condores, and on their free days, they would loot it. But, because it’s such a small town, soon-there-after the police found out and confiscated the material. Based on what was confiscated, we began the rescue project and inaugurated the museum.

In what ways has the museum positively impacted the town of Leymebamba?

The arrival of tourists who come to visit the museum has allowed for the town to grow both in infrastructure and importance. There are new businesses, restaurants and hotels. In that way, it’s put Leymebamba on the map.

The department of Amazonas has beautiful land in the Utcubamba Valley. Does that area have the same potential for tourism development as Cusco’s Sacred Valley?

It might be similar to what the Sacred Valley was like 50 years ago – much before the invasion of tourism that we see today. The good thing about the Utcubamba Valley is that few people visit it, thus there’s still the potential of setting up a sustainable travel project. The correct word to describe it would be ‘unspoiled.’

Wherever one visits, it’s always nicer when that place isn’t invaded by tourists. In Chachapoyas, the only operating hotel chain that has decided to take the risk is Casa Andina.

As a cultural researcher, what is the importance of the Kuélap Fortress? Do you think it’s valid to sell this site as the Machu Picchu of the Peruvian jungle?

Although there is no doubt that this is an important and impressive site, we are still waiting on the results of the work executed by archeologists over the last 20 years in order to determine the magnitude of Kuélap for the Chachapoyas culture. It is one of the few archeological sites in the area that has been extensively excavated and restored, and that also offers areas open to the public.

Unfortunately, Kuélap is often compared to Machu Picchu even though the two sites are very different. One has to consider that the Incan architecture and their style of working the land were much more intricate and that both places were built at different moments in time. They should not be compared. In terms of infrastructure, Kuélap needs to be operated as a tourist site, complete with bathrooms and other key services.

What other tourist attractions can be found around Kuélap?

Apart from visiting the Chachapoyas archeological sites, Leymebamba is an ideal area for bird watching and nature lovers. For example, one can find a variety of orchid species. There are also adventure tourism options. There are two-week horse-riding trips offered to explore Leymebamba’s neighboring towns, with camping along the way and visits to different lagoons, etc.

What is the museum’s biggest attraction for visitors?

Tourists seem to find the mummies quite fascinating. They are located on a scaffold structure in a room with a large viewing window. It’s not macabre but instead fascinating. The entrance fee is S/.15. Ideally the mummies would still be in their tombs around the lagoon, but unfortunately, the grave robbers would loot them.

The ancient ‘Chacha’ would usually go visit the dead there. They would change their wrappings and would take them food and drinks.

What would you tell those who are thinking about going to visit Kuélap, Leymebamba and in general the department of Amazonas?

That they have the great opportunity of visiting a region that still maintains its original beauty and that hasn’t been altered by tourism. Its a place for those who wish to hike, explore and get to know the attractions that the Peruvian jungle has to offer, as well as the Chachapoya archeology– which is beautifully unique.

HAVE YOU EVER TRAVELED TO CHACHAPOYAS? 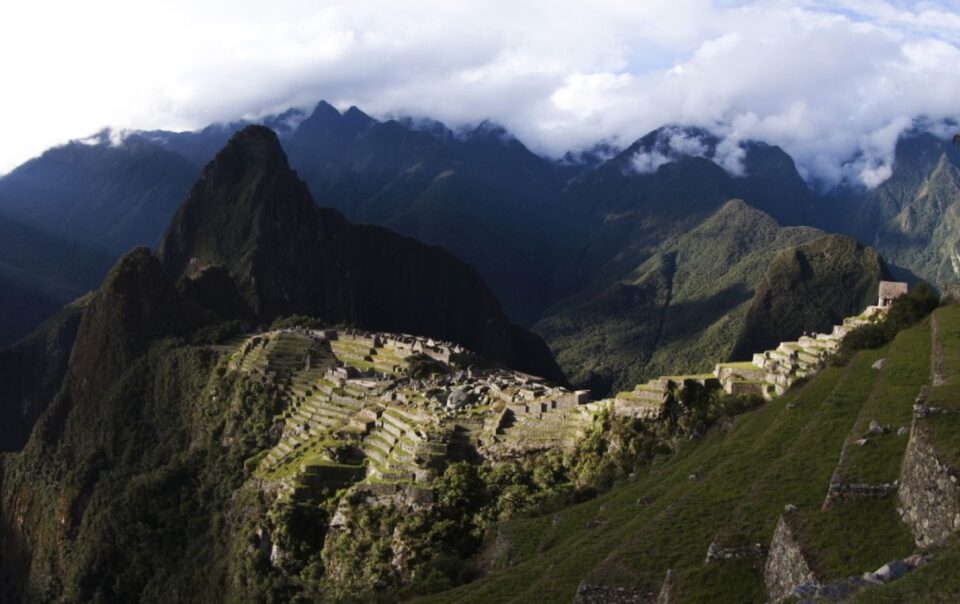 Native Rodent to the Machu Picchu Area Reemerges During Quarantine

Remains Of A Woman From Ancient Times Found Untouched

February 1, 2019
Movo, The App For Renting Electric Scooters Arrives In Peru
Previous Article
My Experience Traveling And Living In Peru
Next Article