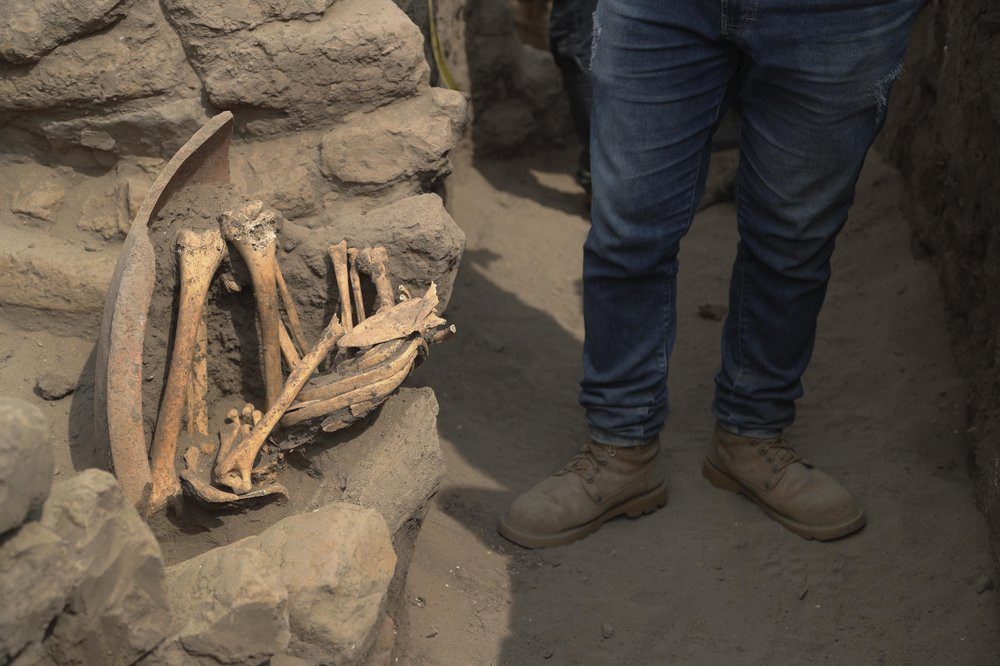 Close to 300 artifacts, some even 2,000 years old, have been found by gas workers in Lima over the past two decades.

AP News published a report outlining the numerous archaeological and historical finds that workers installing lines of natural gas across Lima have found over the years.

Because of this, archaeologists have partnered with gas companies in order to recuperate, register and handover all artifacts to the Ministry of Culture, as required by Peruvian law. Over 40 archaeologists work with the Calidda national gas company, which has installed about 6,000 miles of gas lines across the city. They have reported about 300 archaeological finds.

Workers digging through the ground have found, for example, burial sites that included ceramics belonging to a pre-Inca civilization. Or the remains of a child buried in the style of the pre-Inca Chancay civilization, to the astonishment of the families living close by.

More recent findings include bodies of Chinese immigrants from the 19th century, believed to have been farmers. Calidda, a Colombian-based company, states it has spent about USD $2 million in archaeological efforts to recuperate these underground artifacts.

Join our Patreon Community to support more content like this, and help us promote all the great things Peru has to offer!
archaeologyarchaeology in peruartifactschancayLimaNatural GasPerupre-incapre-inca artifacts
FacebookTwitterWhatsappEmail