11 of the Most Beautiful Places in Peru (Besides Machu Picchu)

From its biodiversity to its wide array of rich cultures, Peru is full of eye-catching destinations. Check out this collection of the most beautiful places in Peru and you’ll see what we mean.

In this 21st century world, is beauty measured by the number of likes on Instagram? Some 500 million citizens of the world actively use the social media platform on any given day. Thus, when Peru is labeled one of the most Instagrammable places in the world, it’s a powerful accolade that is heard by everyone: from travel bloggers looking for that perfect photo op, to adventure seekers who appreciate unique landscapes. But where exactly can the most beautiful places in Peru be found?

The following national spots are what we consider the top 11 most beautiful places in Peru. As you’ll see, we don’t really have a ‘type’ when it comes to travel destinations.

Machu Picchu is perhaps the most common reason for travelers to start their adventure in Peru. These ancient Inca ruins are hidden in the Peruvian Andes mountains and can be reached by hiking a series of trails, some of which were walked upon by the Incas themselves.

But there’s more to the Sacred Valley. In Pisac, follow the winding paths that lead from the main square up the lush hillsides to discover the small village’s archaeological park. Be taken back by the striking (and at certain times of the day, blinding) white pools of salt at Maras, the concentric terraces of Moray and the overall tranquility and rustic charm of valley towns such as Urubamba and Ollantaytambo.

Discover the magic of Cusco for yourself!

Arrived in PERU! How happy I am to be here. Peru has been on my bucketlist for a looooong time and while I’m here it didn’t dissapoint once. It’s even better than expected! Yay!?? . Especially the capital city Lima surprised me in a positive way. It’s a huge city with over 10 million inhabitants but it’s still charming and you can find many cosy and quiet spots to escape the big city life.? . If you’re planning on going, be sure to visit the historic center and the Barranco area. Those two are my favourite neighbourhoods in Lima and I’m sure you’ll love it too.? . . . #limacity #beyondtravels #womantravel #sunshinegirl #girlwhotravels #explorerbabes #iamatraveller #traveltagged #prettylittletrips #travelcommunity #postcardplaces #perutravel #peruana #limaperu #adventureseeker

Words used to describe Peru’s capital city: bustling, chaotic, grey—and beautiful? Home to over 8 million people, there’s often so much movement (and horns honking) in Lima that it’s quickly written off as the gateway to better Peru destinations. Give it time, and it will surely grow one you (as it has for many happy expats). Multi-colored colonial mansions abound, an eclectic array of art museums dot popular tourist districts and the ocean view seen from the coastal pathway referred to as the malecón is one of the best incentives to hop on a bike or take a long stroll.

Colca Canyon is the world’s deepest river canyon and it is located in Peru. If you catch yourself staying in the beautiful city of Arequipa, this epic hike is just a few hours away. From stunning sights such as pre-Inca terraces, thermal baths and clear blue skies, Colca Canyon knows how to make a two-day trek interesting.

Not into hiking? Take a look at one of the most beautiful places in Peru from above without breaking a sweat. Just keep your eyes out for the elusive condor flying above.

The second most-populated city in Peru, Arequipa is a charming version of Lima (if the capital had, say, seven million less inhabitants). Known as the White City for the numerous constructions built of sillar (volcanic stone), Arequipa has plenty of tradition and comfort to please the modern traveler. Close out your days of exploring the city with a sunset view of the Misti volcano from the lookout point, Mirador de Yanahuara. It will be clear why UNESCO declared Arequipa a World Heritage Site in 2000.

Experience the beauty of Peru in 13 days / 12 nights

Second to Machu Picchu, Lake Titicaca is a top destination for tourists to Peru. The draw? Located on the border of Puno and La Paz (Bolivia), this is the highest navigable lake in the world—and certainly one of the most beautiful places in Peru. Take a day trip to the floating islands of Uros, located just few kilometers from the lake city of Puno. Rich in natural beauty, these islands are inhabited by people with plenty of history and ancestral traditions which you can read about here.

Oh can you do the Chan Chan? If you can than I Chan Feeling mighty small walking around the largest city of pre-Colombian South America! Chan Chan, which means Sun sun (my kinda city) was the capital of the Chimor empire, which unsurprisingly was eventually conquered by the Inca. It was the largest adobe city in the Americas and second in the world! Swipe to see me acting casual ?

What used to be the largest pre-Columbian city in the Americas are now popular ruins for site seers passing through the northern city of Trujillo. This massive ruin complex—complete with large plazas, temples, and artifacts—is spread over nearly 20 square kilometers, making it the largest adobe city in the Americas (and second in the world). Though the Incas took over the Chimor empire in the mid 15th century, the rich Chimu culture had enjoyed some six centuries of power, as evidenced in the beautiful carvings upon the adobe walls.

Meaning Sun Sun, Chan Chan is located in the Moche Valley, one of the most arid sections along the coastal desert of Peru. Sunscreen and a brimmed hat are a must when visiting this fascinating structure.

The Huascaran National Park covers over 340,000 hectares of the central Peruvian Andes. As one of the most beautiful places in Peru, this area is thankfully protected. It contains the Cordillera Blanca mountain range as well as the park’s namesake, Huascaran Peak. This snow capped mountain is the highest mountain in Peru with an altitude of over 6,600 meters above sea level. Though the peak itself is not easily accessible, visitors can catch views of its immense presence from various locations inside the National Park.

The Choquequirao ruins have yet to compete with Machu Picchu in terms of tourism, though they are three times larger than the Inca citadel. One hundred miles west of Cusco, above the Apurimac River and between the Andes and the jungle, this remote Incan ruin can only be reached by foot.

Meaning ‘cradle of gold,’ Choquequirao and stone terraces were brought to international attention as recently as 1970; since then, only serious archaeologists and the most ambitions of hikers have continued to make the 40-mile (round trip) hike. Surely such exclusivity has helped preserve the royal estate of the Incas as one of the most beautiful places in Peru.

The Huacachina desert oasis is a small village just a few kilometers outside of Ica. It’s easy to reach and popular among day-trippers looking for a quick retreat. In the surrounding hillsides travelers can sand board or enjoy a dune buggy ride in what we consider one of the most beautiful places in Peru and what the Telegraph described as one of the most dramatic villages in the world.

Bienvenidos a Kuélap, a stunning, pre-Incan walled city dating back to 500 A.D., in the northern Amazonian Andes of Peru. To get there, we had to take an hourlong car ride on a bumpy dirt road from Chachapoyas to Nuevo Tingo, and from there a 20-minute cable car trip. The teleférico opened in 2017, and before that, the only way to get to the ruins was a 1.5-hour car ride, or a 4-hour hike. So, yeah, it’s REMOTE, but, as a Lima tourist put it to me, “muy imprecionante.” The ruins are located on a plateau almost 10,000 feet (3,000 meters) above sea level in a cloud forest filled with trees covered in moss and bromeliad plants. Known as “the Machu Picchu of the North,” Kuélap is actually from an entirely different culture of “Cloud Warriors,” or Chachapoyas. Their culture survived through a Incan occupation of the region, but they eventually abandoned Kuélap in 1570 after later Spanish occupiers began a forced, systematic relocation of Peru’s indigenous people. Our visit included rain, gorgeous vistas, horses, a llama, and informative commentary from our guide @michel_ricardofeijoo. On the way back, our cable car hummed through a cloud for what seemed like forever. Swipe left to see more. Kuélap, I hope to come back and see you soon. #kuelap #peru #52places2018

Built onto a steep mountain cliff surrounded by mountains that reach the clouds, Kuelap is a truly breathtaking gem of northern Peru. Some investigators identify Kuelap as a fortress while others consider it a citadel; despite the mystery of its purpose, the undeniable craft and beauty that remains of the stone structures of the Chachapoyas people has earned it the nickname “the other Machu Picchu.”

11. Iquitos and the Amazon Basin

The world’s largest city inaccessible by road, Iquitos is a bustling hub tucked in the lush Amazon rainforest. Luckily, tourist can relocate from Lima and arrive in Iquitos for a refreshing change of scenery in the matter of a few hours. Famed for its biodiversity and crisscrossed by a number of rivers, a trip to the Amazon basin is necessary when wanting to get a full experience of Peru’s diversity. 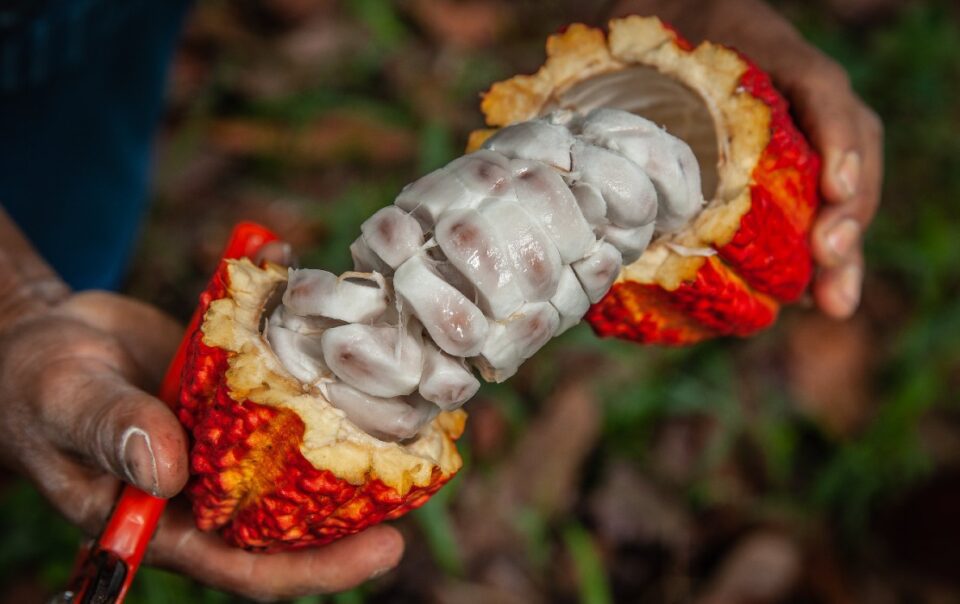 These Are the 10 Peruvian Products with Designation of Origin 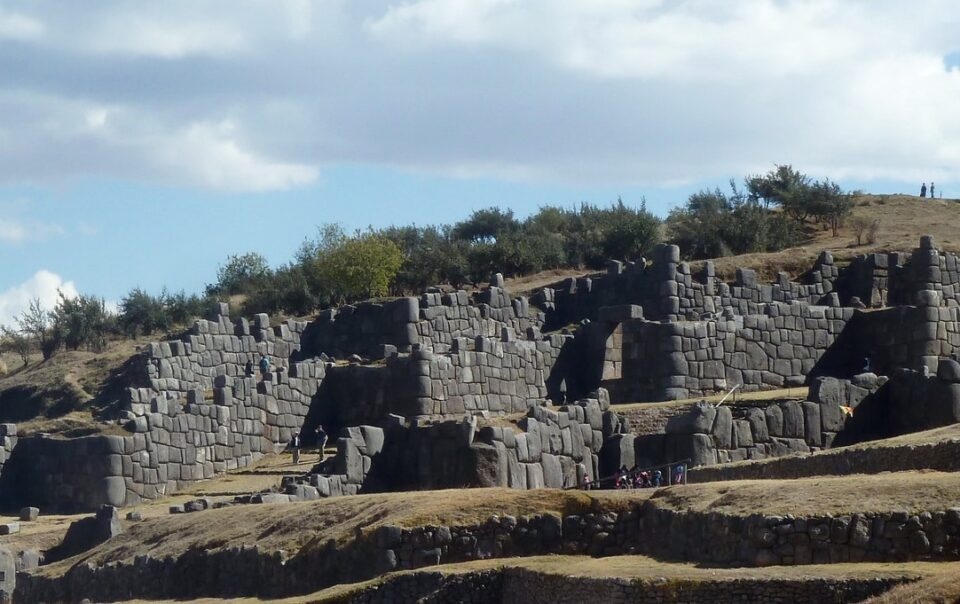 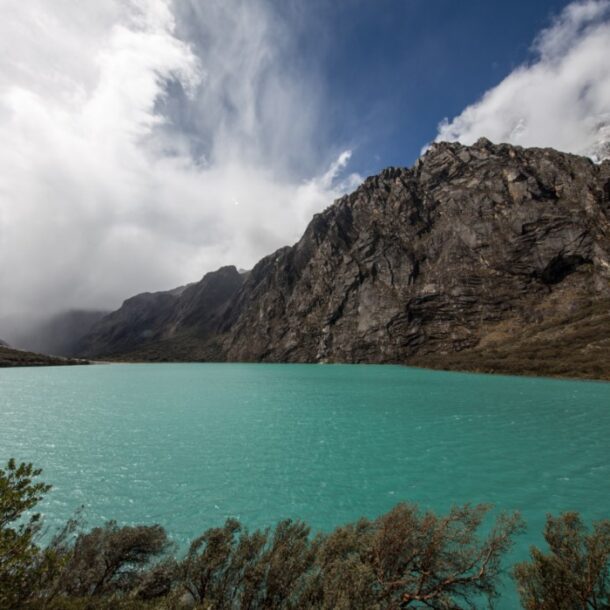 Second City Traveling in Peru: Is it Right for You?
Next Article