The Complete Travel Guide to Visiting Arequipa: What to Do and See

Full of traditional culture, legendary gastronomic offerings and easy access to adventurous escapes, visiting Arequipa is a must for travelers.

Popularly referred to as the White City for its glorious white sillar structures, Arequipa is one of the top cities to visit in Peru. Time after time we have been drawn back to the southern Peru area to get another taste of its famed picanterías, one more spin through the historical convents and clusters, and a final gaze at the historical center (a UNESCO World Heritage Site). Whether preparing for your first visit or overdue return trip, let’s explore Arequipa!

Where is Arequipa located?

Hugged by three volcanoes—whose activity in the distant past gave way to the sillar from which the nickname, White City, derives—Arequipa is a rare gem full of colonial charm. Located in southern Peru, Arequipa is some 200 miles (323 km) south of Cusco and just over 100 miles (173 km) west of Puno. Due to their proximity, the three southern cities often form an impressive trifecta for travelers in Peru.

Incredibly scenic, the geography of Arequipa includes the active volcano Misti in its skyline and the Chili River dividing the northern and southern halves of the city. While the Andes Mountains rest to the north and east of the city, the average elevation of Arequipa floats around 7,600 feet (2,300 meters), a slightly lower elevation than that of Cusco or Puno.

Arequipa can be reached by a direct flight from Lima in less than two hours, making it easily accessible as a weekend adventure or an extended leg on your full Peru tour. The city’s main square (Plaza de Armas) is a 30-minute taxi ride from the Rodriguez Ballon International Airport. Pre-pandemic, daily direct flights were offered from Cusco to Arequipa and clocked in under an hour. Be sure to check with your travel agent before planning.

Travelers in Cusco looking to visit its southern neighbor (some 200 miles away) can also get to Arequipa by a 10-hour bus ride.

If time is not an issue, the most scenic option would be a ride on the Belmond Andean Explorer. Departing from Cusco, you will travel south to Puno before arriving at Arequipa.

A leading industrial and commercial center of current-day Peru, Arequipa has consistently played an important role throughout the nation’s history.

Beginning with the city’s name, there are various theories: from the fourth Inca’s reply to his subjects who wanted to remain in the fertile valley (“Ari qhipay,” meaning “Yes, stay” in Quechua), to phrases in Aymara such as “ari qipa” (behind the peak). While the former makes for a fascinating anecdote in the legend of the Incas, the latter may be more accurate as nomads deriving from the Lake Titicaca region are believed to be some of the first to settle in the valley of Arequipa.

From wanderers to pre-Inca cultures, Arequipa developed an agrarian economy over time, evolving from fishing in the Chili River to constructing agricultural terraces on either side of the stream of water. In 1540 the area was reestablished as a city by the Spaniards, with its founding date officially marked as August 15. Monasteries, churches and bridges were some of the first public works, though the new colonial era would also be marked (and nearly destroyed) by dramatic earthquakes and volcanic eruptions in the 17th century.

Incredibly, quite a few colonial architectural pieces remain and have been preserved over time. The historical cityscape matched with local geography has garnered Arequipa recognition as one of the most beautiful cities in Peru.

For most of the year, the weather in Arequipa is dry and the climate temperate. If planning on outdoor adventures while in town just keep in mind that, similar to Cusco, the rainy season lands between January and March.

What to do in Arequipa

Strolling through the historic streets of the White City is like a step back in time, giving us an insight into colonial Peru. Begin in the Plaza de Armas, where you will find the elegant, neo-Renaissance Basilica Cathedral of Arequipa and the sensational 16-century Santa Catalina Monastery. Continue on to the Church of the Company, perhaps Peru’s finest example of Baroque architecture. Don’t forget to visit the neighborhoods of Yanahuara and Carmen Alto to enjoy magnificent views of the Misti volcano rising above the city.

This impressive valley is one of the deepest in the world, reaching depths of approximately 3,400 meters. To give you perspective: the Grand Canyon has a maximum depth of 1,829 meters. As you take in the sheer vastness of this area, you may witness the majestic condors gliding by on the thermals rising from the canyon.

Descend the valley to discover some of the traditional towns located on the banks of the Colca River, such as Chivay, Pinchollo, Maca, Achoma and Yanque, where beautiful colonial churches are backdropped by the peaks of the Andes.

The topography of this southern valley is prime for thrillseekers looking to cruise down canyons and mountain sides by bike. Trails that wind up and down Colca Canyon and Misti, as well as riverside paths make for a scenic yet challenging ride.

Located between two colossal volcanoes, Misti and Chachani, the Chili River is a scenic point to practice rafting or kayaking. During the dry season, the water level and rapids are ideal for beginners—though you should only enter the water with an experienced and trustworthy guide.

Here are few restaurant recommendations when eating in Arequipa:

Where to stay in Arequipa

As the second largest city in Peru, Arequipa has varied hospitality options to fit any type of traveler’s budget.

Medium-range hotels include Casa Andina Select Arequipa, Sonesta Hotel Hotel El Cabildo (which, of the three, has the most local feel).

A post shared by Design A Way Of Living (@_stahia_)

If your standards for comfort are set a bit higher, or if you’re looking to splurge, consider Casa Andina Premium or the incomparable CIRQA, a relatively new addition to the city that has already gained international attention.

For more details on traveling to Arequipa, or to begin designing your trip to Peru today, contact us at [email protected] 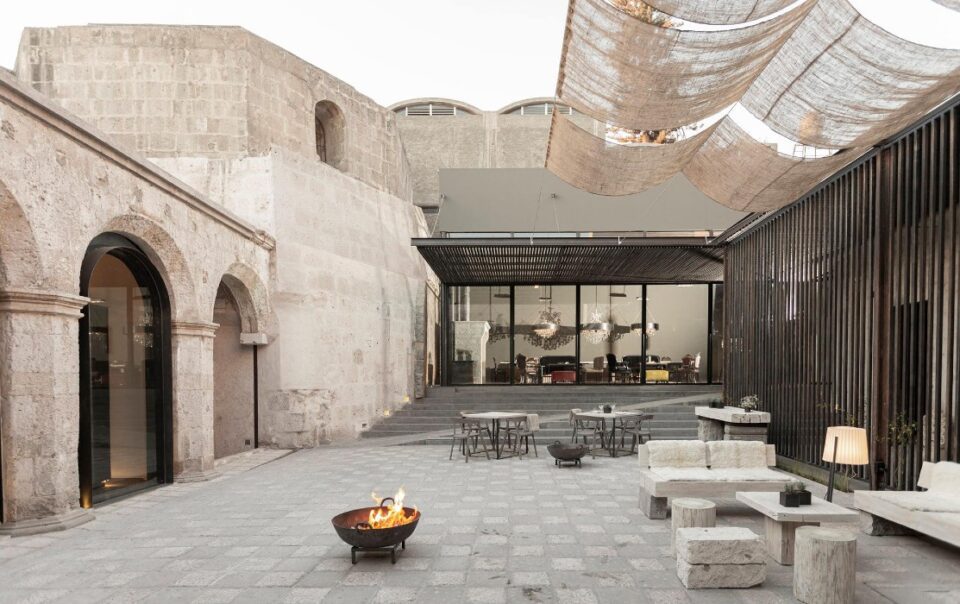 Travel and Leisure Names Arequipa Top Place to Visit in 2020

Arequipa Will Postulate The Cotahuasi Canyon As A World Natural Heritage 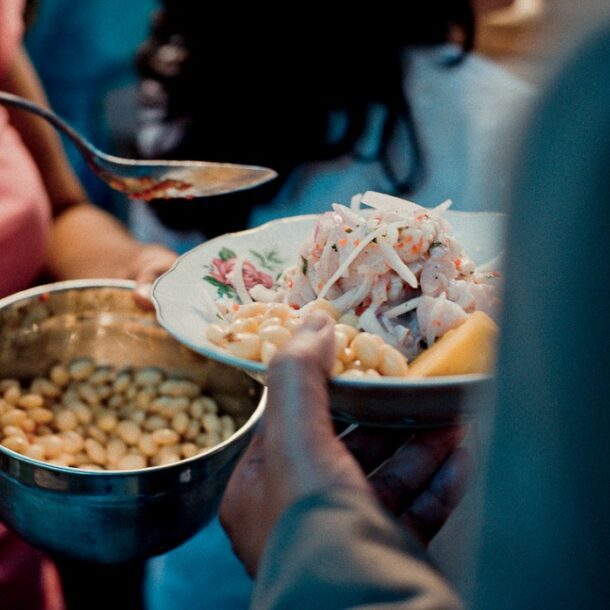 Pezcadores: Delicious seafood off the beaten path in Arequipa
Previous Article
Zig Zag Restaurant in Arequipa: A Fusion of Alpine and Andean Cuisine
Next Article